Sudoku, KenKen, and Skyscrapers are three examples of Latin square puzzles. In all three, players are challenged to complete a Latin Square, a NxN grid (typically 9x9) in which the numbers 1-N appear in each row and each column exactly once. Different Latin square puzzles are distinguished by the extra restrictions placed on the placement of numbers. For instance, in Sudoku, the grid is subdivided into 9 3x3 grids, each of which must contain all numbers 1-9. Presumably, many (infinite?) Latin square puzzles may be constructed by coming up with different extra restrictions on the placement of the numbers.

I do think I've seen a sort of this puzzle in some newspaper, namely a simple one where you are given a 5x5 grid and have to fill in a Graeco-Latin square over a set of 5 letters and 5 numbers, given some full or partial cells.

A quick google search for graeco-latin sudoku does provide some fruit supporting this assertion.

Among results are a Graeco-Latin Sudoku Magazine, containing 100 different 5x5 sudokus such as the publicly displayed one on their site: 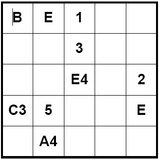 Another website produced by a company called Clarity Media also contains some Graeco-Latin Sudoku puzzles including the below one; this company seems to be a reasonably-sized media outlet however the website looks outdated/unmaintained so those puzzles may not be published any more. 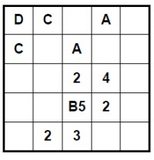 Hope this helps you find and design your own, or with whatever endeavours you are attempting!

NB: Regarding your comments on the small solution space, I would think even with purely the 5!2=14400 possible permutations of letters and numbers there would be enough to prevent one from simply recognising part of a known configuration.

I've been looking for a while now, and it appears that such puzzles do not exist. However, evidence of absence etc., etc. So, rather than settle for that kind of argument, how about we try to show why such games would be unlikely.

It should be clear why this makes for bad puzzling: once you've played a through a few Graeco-Latin Square puzzles, you've likely seen most of the possible grids. That is, the possible space of puzzles is rather small.

Well, the thirty-six officers problem was a 6x6 Graeco-Latin square puzzle which has been puzzling mathematicians for more than a hundred years, until Gaston Tarry in 1901 proved it had no solution. It has been featured on Puzzling Stack Exchange as well.

There seem to be no sudoku-type puzzles that use a Graeco-Latin square, probably for the reason you found, the rarity of those squares.

There are however some physical puzzles that use them. One rather clever puzzle is the 36 cube, which was designed by Derrick Niederman and made by ThinkFun: 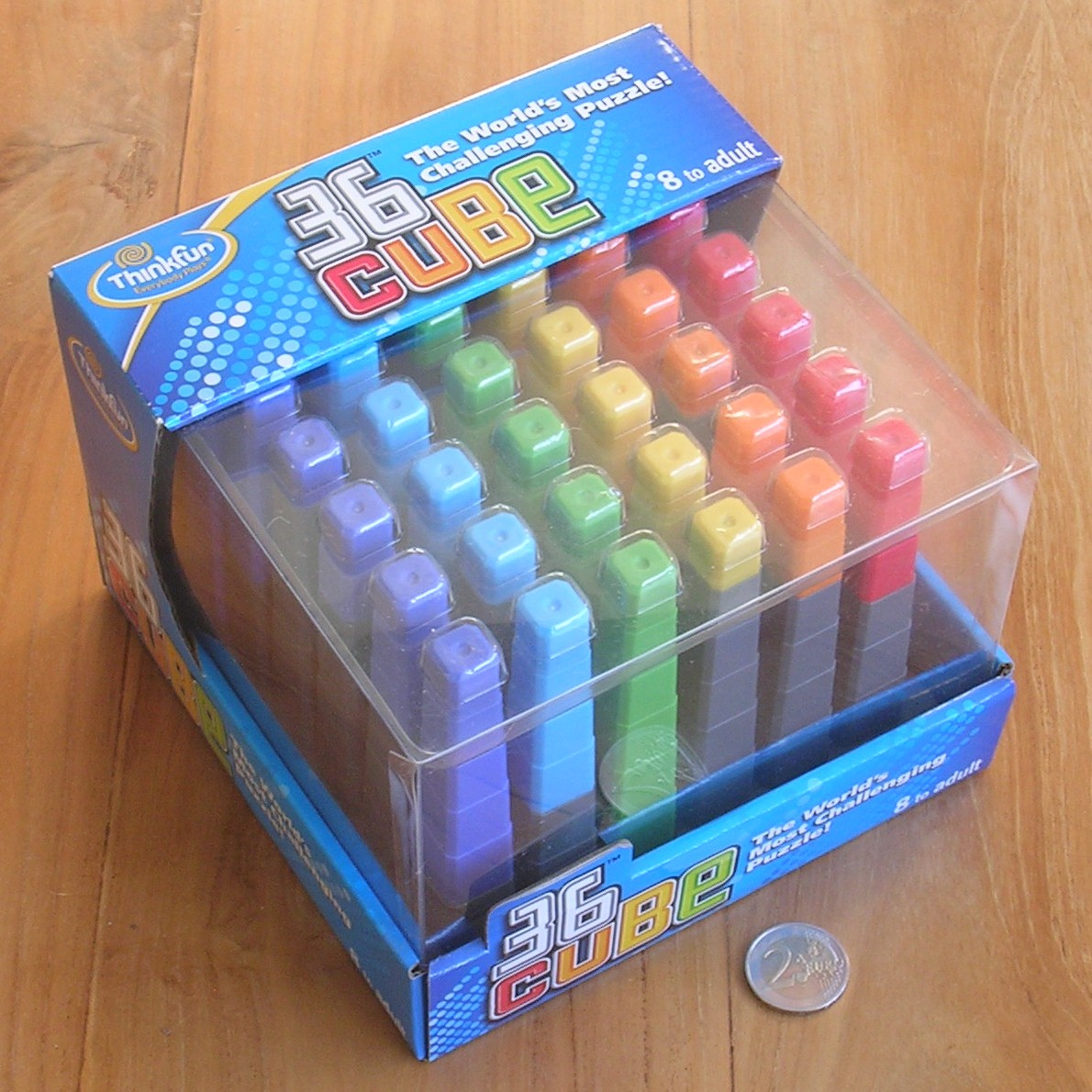 It seems that the puzzle requires you to complete a 6x6 Graeco-Latin square by using tubes which vary in length and colour. The base has rods of varying lengths onto which the tubes must be placed, so you are essentially given one of the Latin squares that form the Graeco-Latin square. As Glorfindel already said, no 6x6 G-L square actually exists, but the puzzle can be solved due to a bit of trickery.

Not the answer you're looking for? Browse other questions tagged sudoku latin-square or ask your own question.

13
Magic Squares in Sudoku Grids
8
A spartan skeleton Sudoku
15
Tetromino Sudoku
9
Tetromi-nuri-doku
7
Latin square puzzle
19
Tic tac toe - Sudoku: A variation in which the centre box defines the layout of the other boxes
3
How many unique “miracle sudokus” are there?
25
A Minesweeper Sudoku
2
Suko-kulink (Sudoku, Suko and Slitherlink tri-brid)