How do I solve this Vigenere cipher. Unknown key

I have this cipher text:

(The key is "ceasar", but I have to know how to solve it without knowing the key.)

I have been able to find the key length of 6. Next what I did was take every sixth letter from the cipher text(modulo 6):

All these letter should have been encoded with the same letter from the key, so it's a simple shift cipher.

I made a frequency analysis on it. 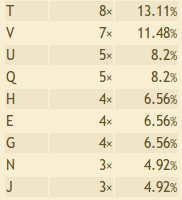 So I came to the conclusion that T is probably E

Let's see if this matches the known key by trying to encode S.

So if I'm getting this right, which I don't, I should look at the Vigenere square. Look at which letter in the key would convert S to H. In this case it would be P, but that would say that the first letter of the key is P which it isn't. 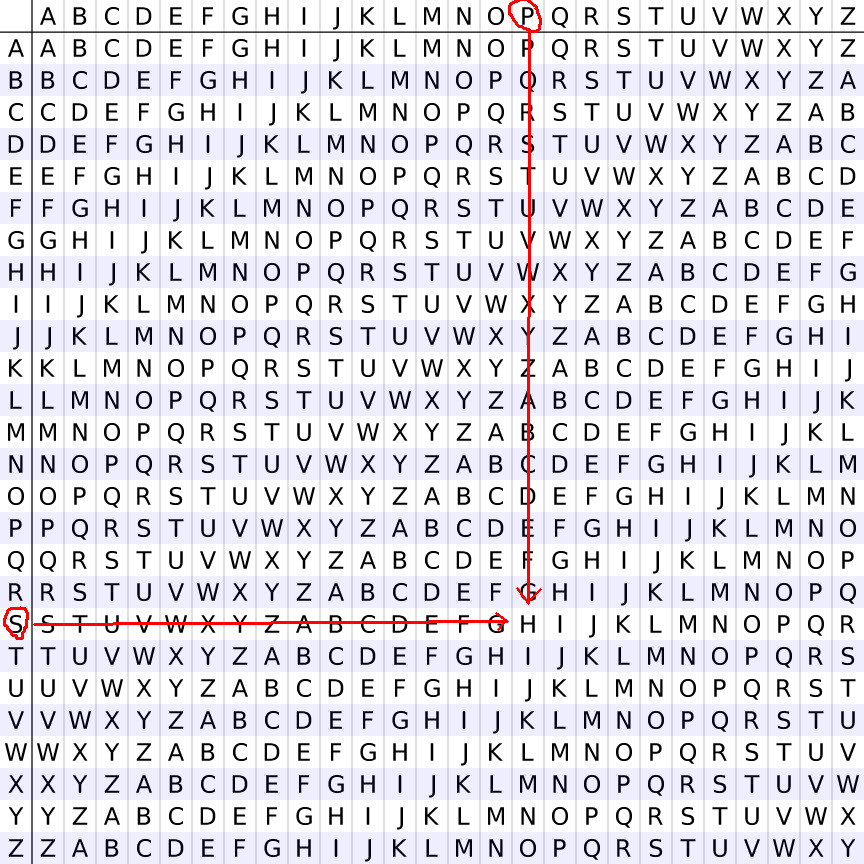 Can you see what I'm doing wrong?

Your main problem is that you were too quick to guess what the shift should be. Sure, all else being equal the most frequent letter is most likely to be E. But there are plenty of other common letters in English.

What you really want to be doing is looking at the whole frequency distribution from your every-sixth-letter text, and seeing what shift of it looks most like that of English.

As a rough approximation, look at those top three letters in your frequency list: T,V,U. These are three consecutive letters in the alphabet. So are there three consecutive letters that are all common in English? Yes. MNO, NOP, RST, STU. So the first shift probably turns one of M,N,R,S to T. Your other conspicuously common ciphertext ietter is Q, three before T. In those four cases, that would correspond to H,I,M,N. Unfortunately, those are all fairly plausible. After that you have EGH all quite common; in those four cases these would be XZA,YAB,CEF,DFG. Only the last two are plausible, and CEF has the merit that it's the only one that allows plaintext-E to be one of the common ciphertext letters.

Better would be to compute some sort of measure of similarity between the distribution of ciphertext letters and shifted versions of the known distribution of English letters. That's more effort, but it's what automatic Vigenere solvers typically do.

Even better would be not just to guess the six key letters independently, but to try to make distributions of digraphs, trigraphs, etc. realistic. Again, that's more work.

There are automated Vigenere solvers online. I don't know precisely what techniques they use.

5
Have You Tried Turning It Off And On Again? (Vigenere cipher)
25
Known Algorithm Attack: Caesar Reloaded
33
Binary cryptogram from a friend
8
How to solve a Vigenère cipher?
8
My Unbeatable Cipher
7
A Simple Summation
1
How to create a code ring for 2 separate encryptions?
5
Find the result of this dual key cipher
5
Can you crack this multiple-shift cipher?