One 'double agent' two-step on a waltzing floor 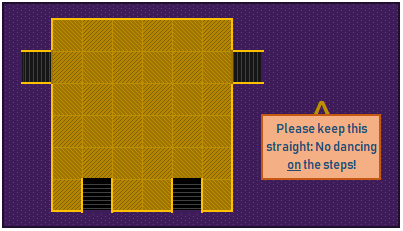 If only I knew where to fly
I'd try – again – to catch her eye
Find common ground – secrets aside –
Then, come eventual divide
Say properly goodbye

Every second line contains directions (where to move next on the dance floor). It matches the clue given by the OP in the comments:

Some clues should tell you which way to choose, but I may have to $\bbox[yellow]{\textit{up}}$ the ante a little.

Remark: there is not once the word left in the whole poem; it's not a difficult word to hide in a sentence, so it must be on purpose. On the other hand, there is what appears to be a portal between left and right walls, so that we can go to the right only and yet never leave the dancefloor.

Trying to do something of the

There are reasons to think that

The number after the decimal point indicates how many steps we shall take (as we are moving on the dancefloor).
Indeed, my interpretation is that there are two portals that allow you to teleport left/right or bottom-left/bottom-right, but except for these two locations the walls are just walls, it is impossible to get through them and it is impossible that the directions tell us to do so. Because of this constraint, the grid-deduction tag now makes sense.

For instance, if the instructions are to make $9$ steps in any direction, we must either be somewhere on the second row, and moving horizontally, or at the very top of the second or fifth column, moving vertically.
There are two places that are especially interesting: where the second/fifth column cross the second row. When you stand there it is possible to make a $90°$ turn between an "interesting" column and an "interesting" row. To get from one of these two squares to the other requires a $3$ or a $9$. A $6$ will allow you to stay where you are.
Now if you look at the actual numbers, there is a significant amount of $6$, $3$ and $9$: 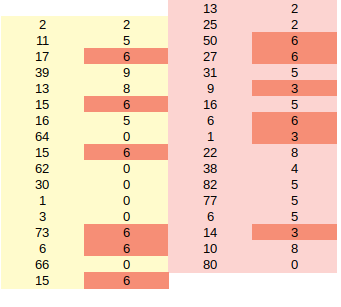 .
This does not necessarily imply that these $6$s, $3$s and $9$ have to be horizontal moves but it is still remarkable.

I split the numbers in two columns, because there are two numbers between any pair of $/$, and I am assuming that there are two people moving simultaneously, corresponding to two different sets of instructions.

Multiple suggestions, very messy thoughts, but still trying to share what I have

Continuing from @Arnaud, I agree with him on the

Direction in Every Even Line Theory,

But then due to

I believe that the directions form

one path instead of two, that they were dancing along the same path all along.

So, @jafe had mentioned that multiple instances in the poem suggests

The prime and fibonacci sequence 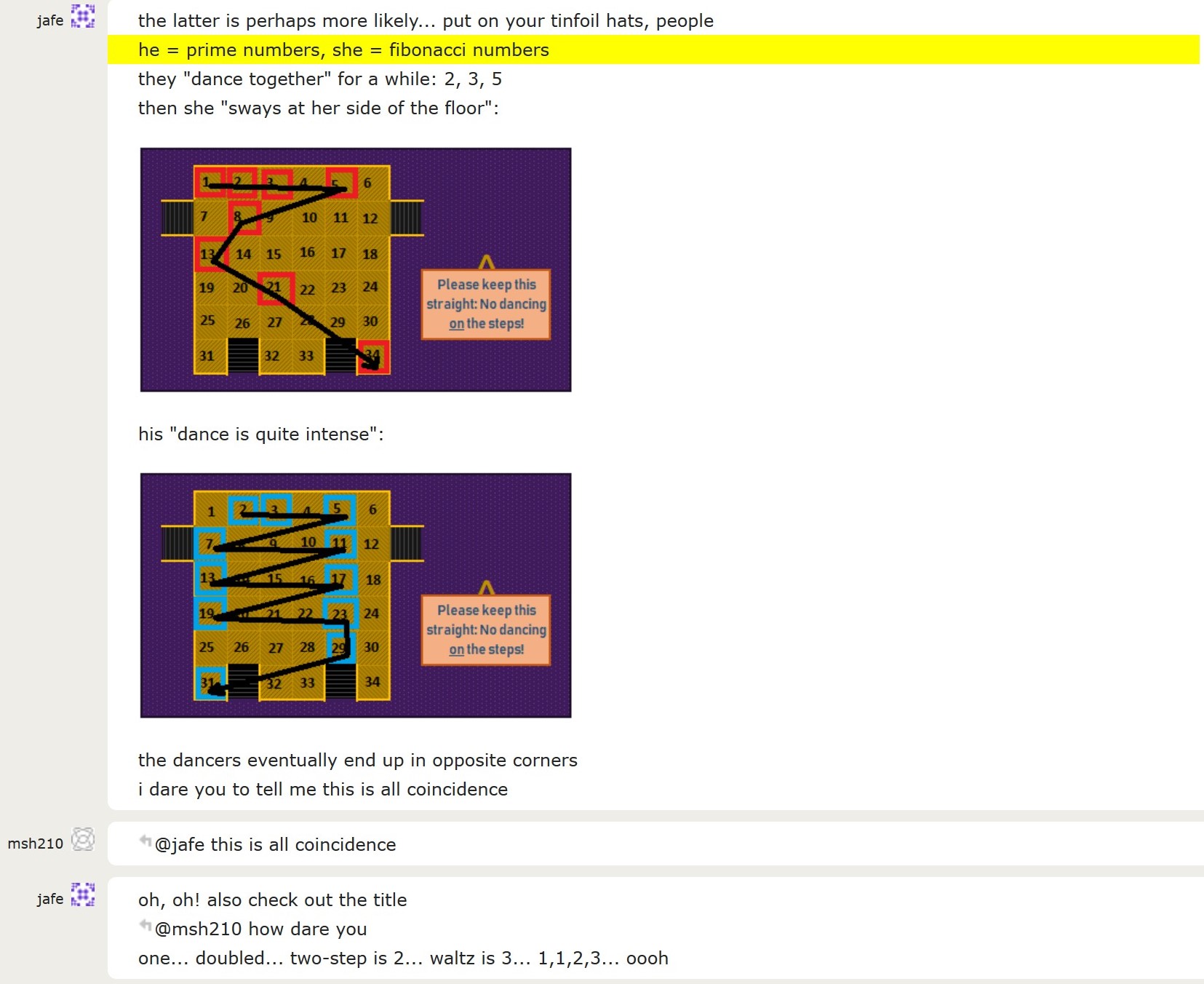 This, according to him/her, seems wrong as there is no mathematics tag, but led me to think that

The path may be a sequence on the OEIS

So here are a few interpretations on the possible paths

cornered, down, underneath, up 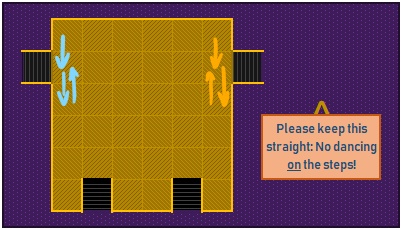 out, off into, out, whirling, right, again(implies right) 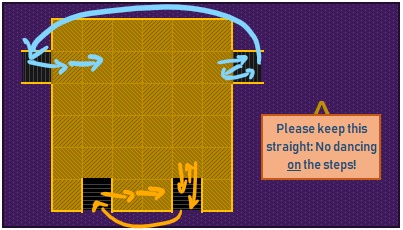 Well the blue steps are more possible here due to the strange move from the stairs to the right. You see the right border of the stair grid, don't you?

Back to the OEIS, I tried the first part, and the following are the most plausible ones, but it seems like I am reaching yet another dead end...

Well, @Arnaud suggested that we are to find the word that replaces the ... . There are hints, according to him/her in the comments that it

is a direction and may rhyme with surprise.

But hey, this is just pure guessing :P

Not the answer you're looking for? Browse other questions tagged riddle word cipher knowledge grid-deduction or ask your own question.