The shadows are scary! I feel like there are beasts watching me everywhere I go...

What kind of person would be able to handle the dark well? (Your answer will be an 8-letter phrase. The crossword will give you the first word, which must be paired with a thematic second word.) 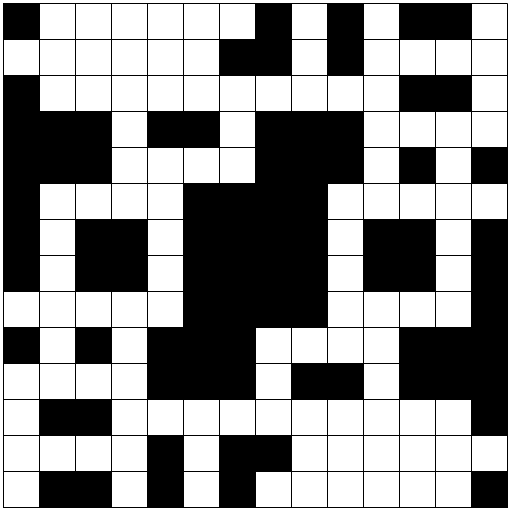 I just noticed there is an ambiguity in the placement of the words in the grid. You can use any possibility to get the same final answer, but I wouldn't have left it there if I had seen it earlier.

Looks like some clues were not clearly visible in the dark... These seem to be their original forms:

Many people in the puzzling chat (The Sphinx's Lair) have collaborated to put together a solution.

Warning: the big spoiler block here is a picture of the finished puzzle; if you're looking for a solution to just one clue, scroll down. 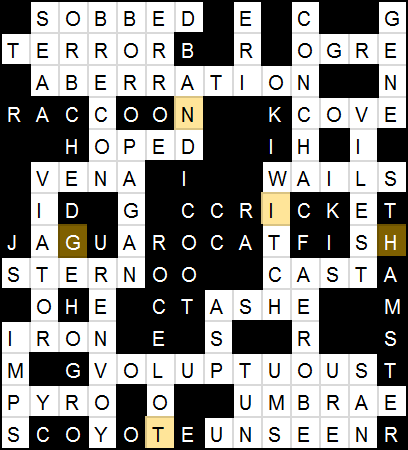 First we have the "normal" clues:

These appear in the white spaces in the board.

A grotesque vane - it is packed with blood (4)

A lady is the ruler of Dalmasca (4)

Against getting tea in shell-like structure (6)

Aged cloak is one that requires exposure to air (6)

Distortion from blunder in removal of tissue, removing heart from belly (10)

Half of border is an administrative division, in summary (3)

Inflicts pain, after a point leading to cries of anguish (5)

Is an aboriginal person (3)

One who wanders around as a pilot with no leader (6)

Politician inside is making small devils (4)

Roll the dice to use enchantments (4)

Shadows around a dreadful brume (6)

Short fish to be measure of capacity (3)

Sin and after hesitation start to repent (3)

Space inside vacuous gristle is what determines heredity (4)

Sum is wrong, leading to moments of hesitation (3)

Their first mistake leads to dread (6)

Venomous snake can be all over the place: PSA (3)

These clues together fill up the board, leaving us with a few more clues:

Increase engine speed both ways, with nothing left inside spinner (8),(6)

Roll with exclamation of excitement next to level's end (5),(7)

Runner hidden in senior man with no special abilities (8),(6)

S(MUGGLE)R leads to COYOTE. We, the solvers, inferred COYOTE from the state of the board; "S(MUGGLE)R" was provided by ffao after the fact to complete this solution.

Young dog and cat, for example, going after remarkably hollow crook getting a tool (10),(7)

From the final board,

we can see that the extra clues fit neatly into the gaps in the existing board, sometimes overlapping existing clues. Where they intersect (highlighted in yellow), they spell out NIGHT.

What kind of person would be able to handle the dark well?

Given the hint that there are two themed words in the final solution, we infer that this person is a NIGHT OWL.

This seems like it should be VEIN, but I don't buy "grotesque" as a homophone indicator.

ASHE
a+she Princess of Dalmasca in the Final Fantasy games

CONCHA
con+cha. A concha is a decorative piece of metal on a Western saddle, derived from the Spanish word for "shell".

AEROBE
Not sure why Aged = AE. Cloak = robe.

IMPS
MP inside IS