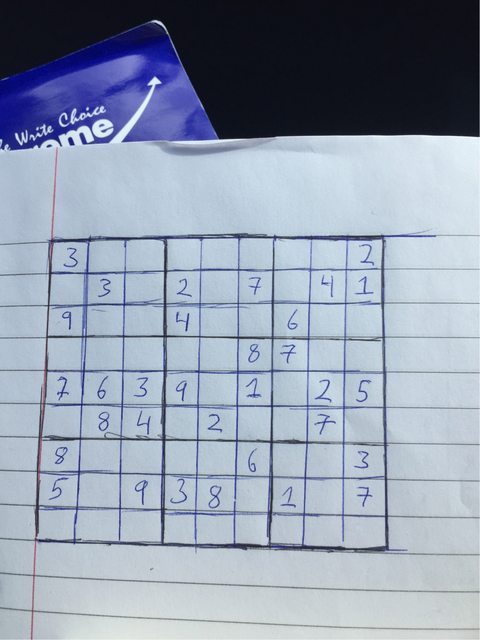 This is a sudoku-esque puzzle I came up with when trying to solve some harder sudoku.

Numbers can be repeated in a 3x3 box with the following restrictions on rows.

So essentially in a row you have to space out the numbers 1,2,3 into the three divisions of the row.

There should be a unique solution from the construction.

Note: It’s only really the vertical dark lines which divide up the rows that are important, the horizontal ones are more there to make it easier to look at and for me to make the puzzle.

Nice puzzle. After getting over the sudoku preconceptions, this may even be a bit easier, since two digits in a 1x3 block rule out 6 digits already, so the row- an columnwise sudoku solving gets pretty easy. 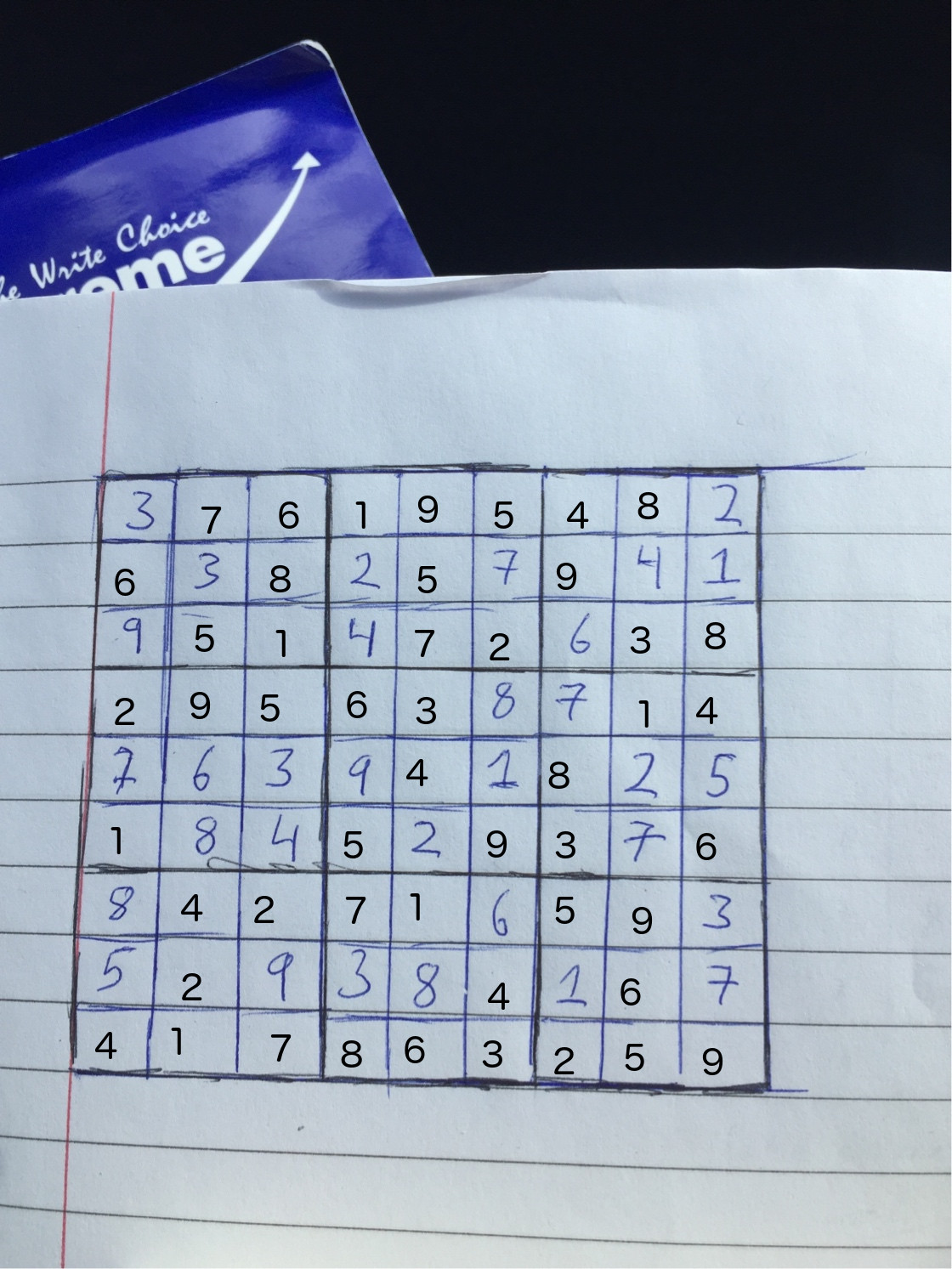 Since this was an introductory puzzle, it was probably designed to be quite easy; didn't have to resort to anything fancier than "this square must be one of those", "this row/column needs these, how to fit them" and "this row's/column's that number cannot be anywhere else"

Shutting off the sudoku mindset was really hard in the beginning, the "only one digit missing in the square, go get it" impulse is surprisingly strong, for me at least. Future versions (I hope there will be many!) would do well to not highlight the non-meaningful 3x3 square borders.

EDIT: just in case you want to make many, many more of these, I hacked together a vector graphic (read: unlimited resolution) grid for these puzzles. If you download it, rename the file to "grid.svg", and put it on a white background, it should look something like this: 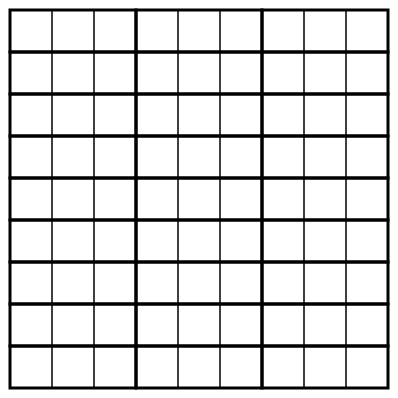 In case you want to tweak it to better suit your needs, I also uploaded the script I used to generate the image.

Not the answer you're looking for? Browse other questions tagged grid-deduction latin-square or ask your own question.

7
Latin Square Puzzle - Difficult
4
Do there exist Graeco-Latin Square style puzzles?
13
Sandwich Sudoku: First 12 digits of pi
4
NineFind - Which 9 Numbers Are Correct?
19
Tic tac toe - Sudoku: A variation in which the centre box defines the layout of the other boxes
25
A Minesweeper Sudoku
2
Suko-kulink (Sudoku, Suko and Slitherlink tri-brid)
11
Sudoku… with 10 digits? SS#6
9
Sudoku with no grid and no numbers!!? - SS#12
12
Sudoku: Odd Bonds