can you solve these? [closed]

Ask Question
Asked 2 years ago
Active 2 years ago
Viewed 219 times
-1
$\begingroup$
Closed. This question is off-topic. It is not currently accepting answers.

Here are some sequence patterns. I have no clue. 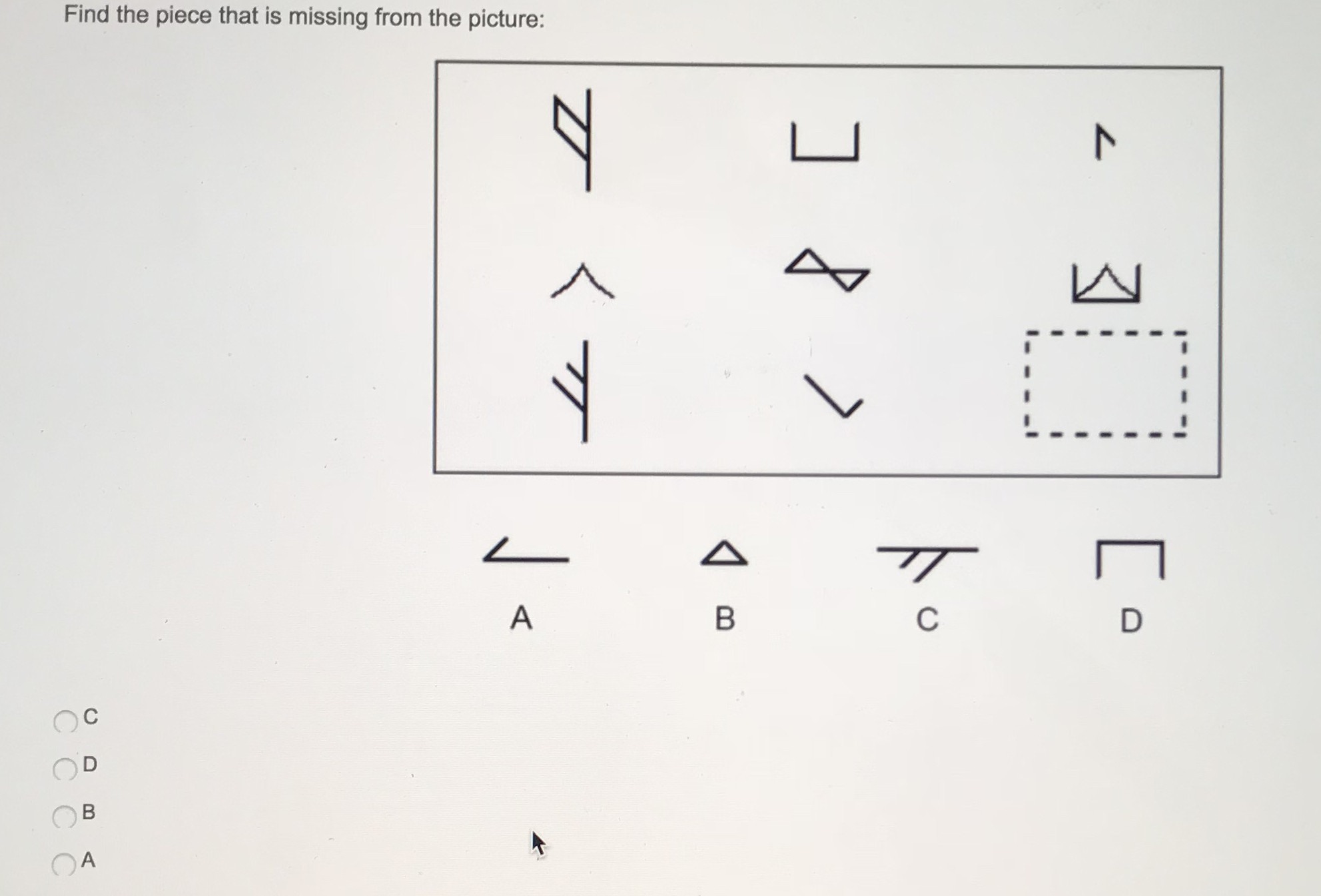 This is two independent patterns overlaid.  I show them both below, in arbitrary (top-to-bottom) order, with the fourth image included.

The patterns correspond to the (outer) square being a clock face with two hands.  The first pattern has a hand with a hollow (white with a black border) square on its clockwise side.  This moves 45° counterclockwise at each step:

The second has a hand with a solid black square on its counterclockwise side.  This moves 90° clockwise at each step:

(Note that, in the third image, the solid black square overlays and obliterates the hollow square.)

Overlay the fourth images from the two series and you get Answer A:

This is just the (capital) letters “C”, “D” and “E” overlaid / overlapped with their mirror images: 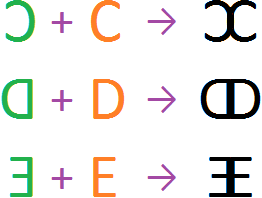 So the fourth image is the (capital) letter “F” overlaid / overlapped with its mirror image:

which is Answer A.

So, again, the answer is A.

to all of the patterns is A

Each image is composed of the letter C, D, E and its mirrored version.

5
Find the next image in this abstract reasoning puzzle
2
Number Patterns Challenge
4
Can anyone help me solve this? I can't see a pattern anywhere
9
A sequence about you (Puzzling Stack Exchange users)
14
What pattern comes next?
11
Find the next image in this composite shapes pattern
7
Nine, Seven, Gibberish, then what?
1
Figure sequence
1
Several IQ test puzzles
3
Logical Test: Arrows