It's an average normal everyday day. You find a piece of mail in your mail box. It doesn't look like the rest of them: 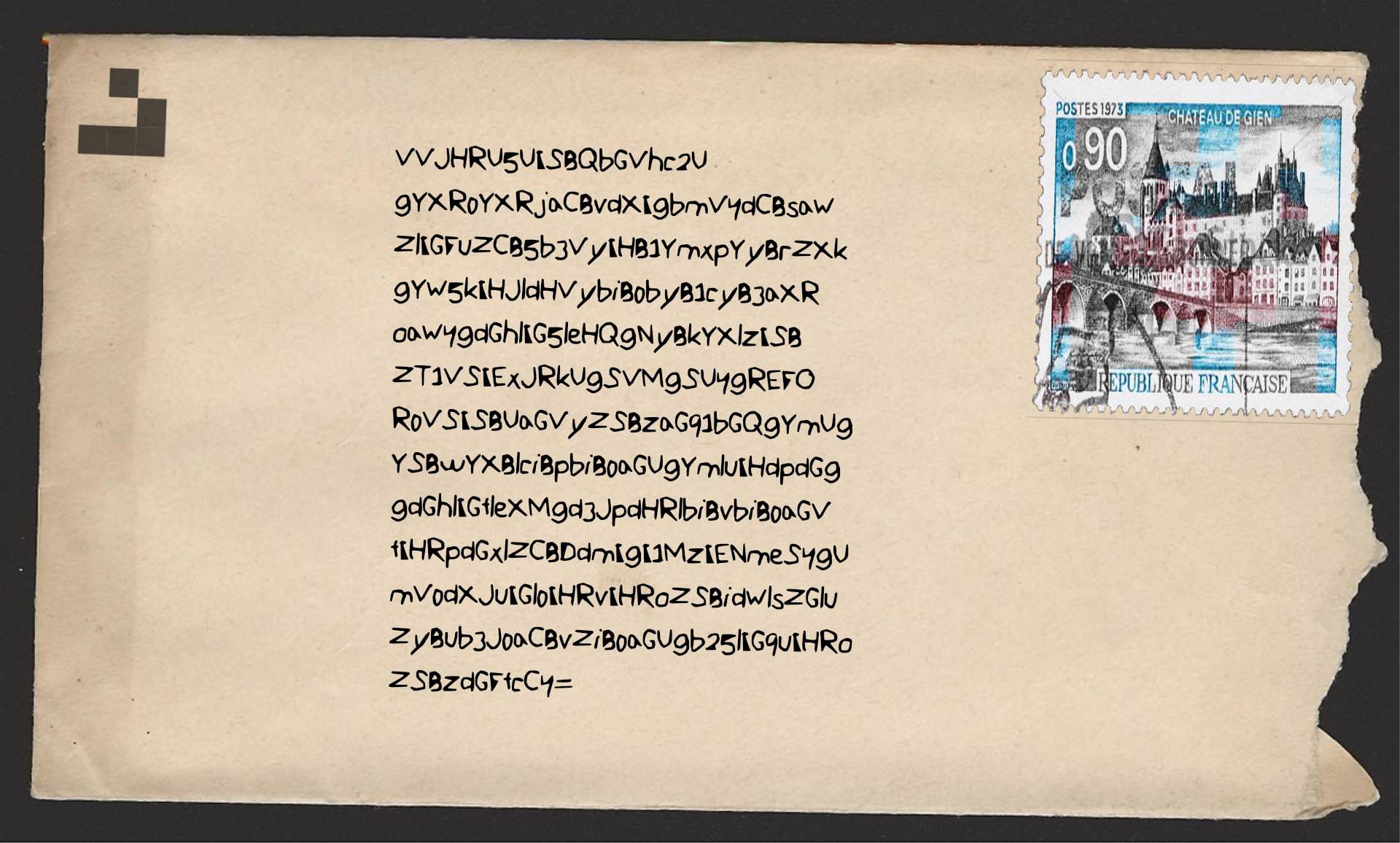 What should you do?

A few observations on the photo at CvdNbvV:

Leads me to believe:

The left columns pixels may have been distorted as a result of steganography.

Following on from Fifth_H0r5eman's answer. The LSB decoded image reveals the last bit of the QR code.

I have observed that the QR code has been split into 8 pieces. Now the pieces must be rearranged to form the original QR code.
The first 6 pieces are down the left column, separated by horizontal green lines once decoded. The last two are in the bottom right corner. 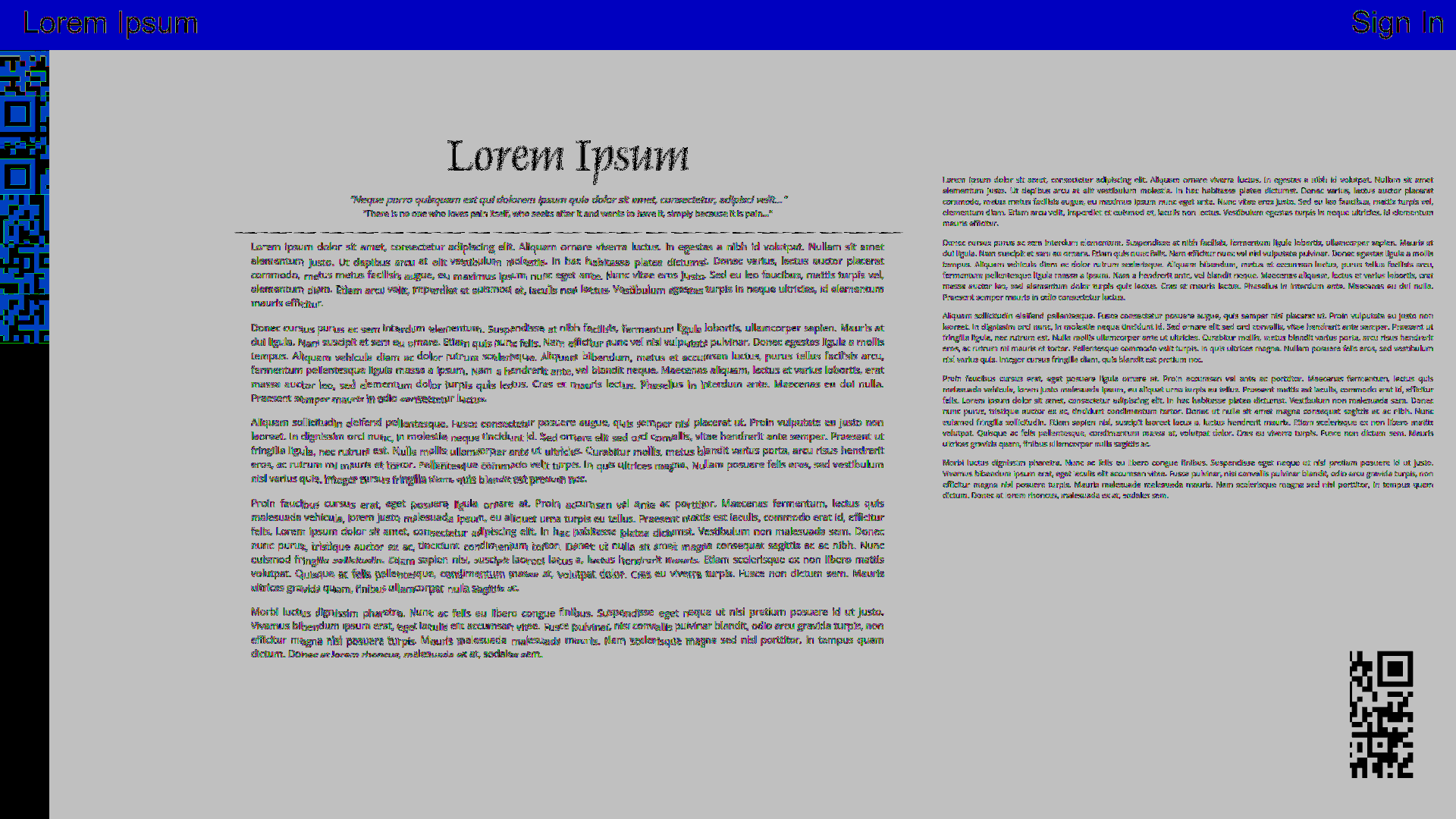 Following on from Deans reassembled QR code and hint 2.

It might be the case that the building on the stamp is actually the one located at "46.4295878,4.6621564" and not the one shown in the picture as these co-ordinates were deduced from the stamp.

If that is the case then the building north of this is the Les 'Marronniers Bar Restaurant' which is stated on the building, or 'Teixeira Ribeiro Joao-Marco' which it is labeled as on the map.
If we take it to be the latter, it translates in French to 'About me Joao-Marco' according to Google Translate.

Who: Joao-Marco
What to do: Send the public key located on paste bin and the next step in Conway's Game of Life of the logo in the top left corner of the original piece of mail.
Why: ??

Send the public key located on paste bin and the next step in Conway's Game of Life of the logo in the top left corner of the original piece of mail.
Address to Joao-Marco at 20 Avenue Charles de Gaulle, 71250 Cluny, France

URGENT! Please attatch our next life and your public key and return to us within the next 7 days! YOUR LIFE IS IN DANGER! There should be a paper in the bin with the keys written on them titled Cvb #S3 Cfy. Return it to the building north of the one on the stamp.

Based on the hint,

Other notes and observations...

The stamp appears to be

based off this stock photo: 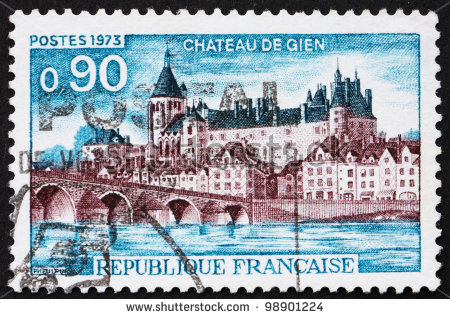 Except that it has been squared off, and

has been made partially greyscale. The saturated/desaturated regions create these shapes: 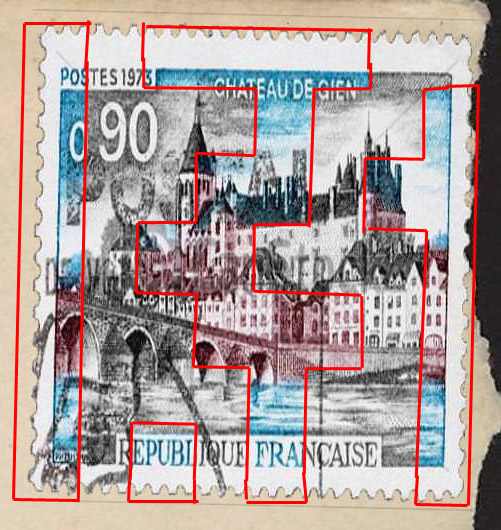 Not sure how much information you can compress into an 8x7 grid, but it's likely important (possibly also related to the game of life, see below). Of course it's also plausibly just an artifact from whichever stock image site OP nabbed the image from initially (there's a different watermark in the centre to the shutterstock one I showed above, but I can't quite make out what it says).

the image on the stamp is of Château de Gien, in France. The body text says to deliver our message to "the building North of the one on the stamp", but looking at google maps, there's little of obvious interest to the north of Gien Castle.

Finally, commenters below have noted that the image in the top left

is a glider from Conway's Game of Life, which is possibly hinted at in the body text ("our next life"). It also may relate to the grid layout of colours on the stamp, though at the very least running that configuration doesn't seem to do anything special... Of course the glider is also a common hacker emblem, so it may just be thematic. 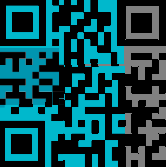 Using the first two numbers as latitude and longitude get me to this address: 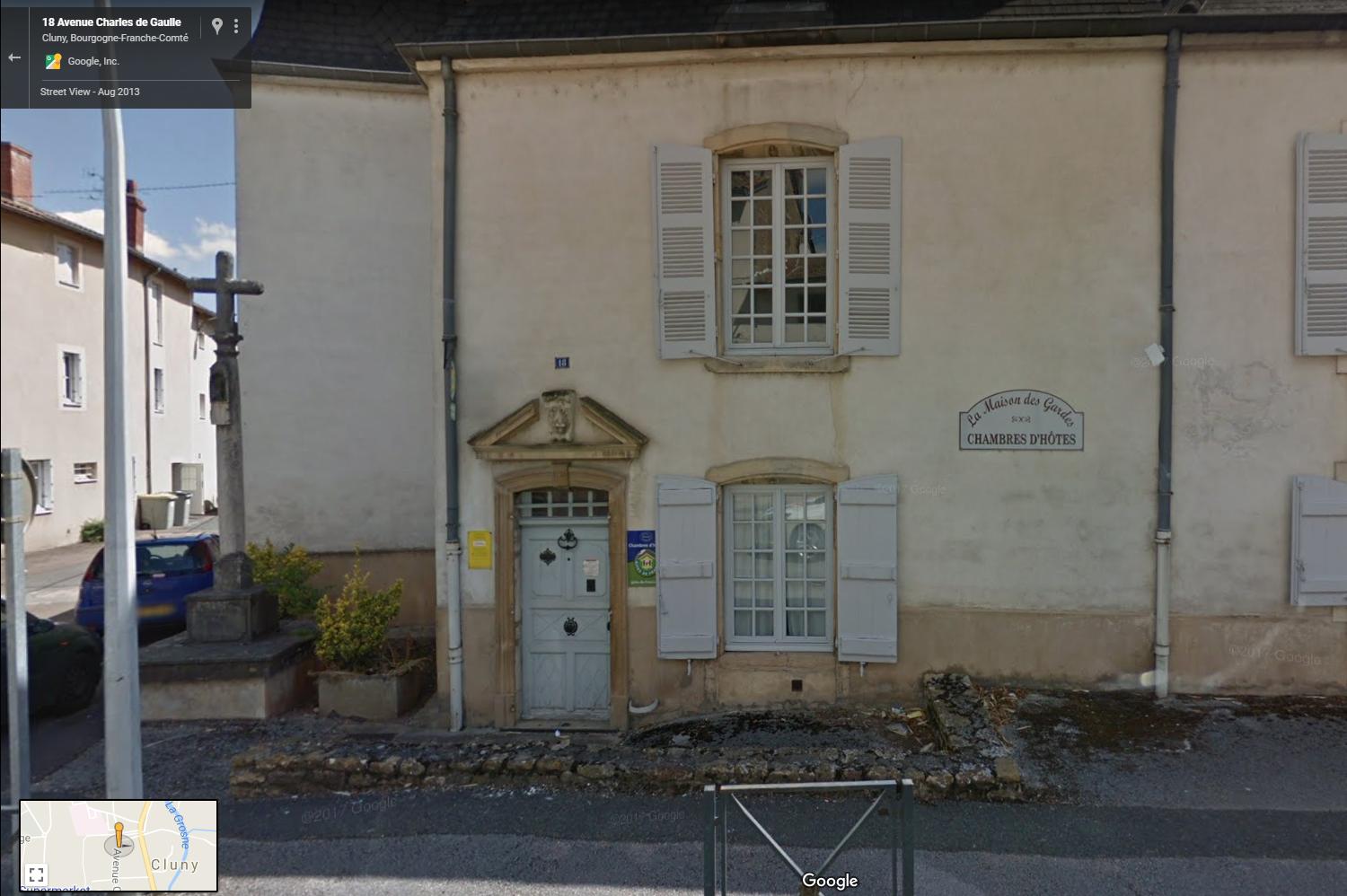 However I cannot seem to piece the image together well enough to to read it...

The parts I have seem to be out of proportion to one another (Or at least the grey does). 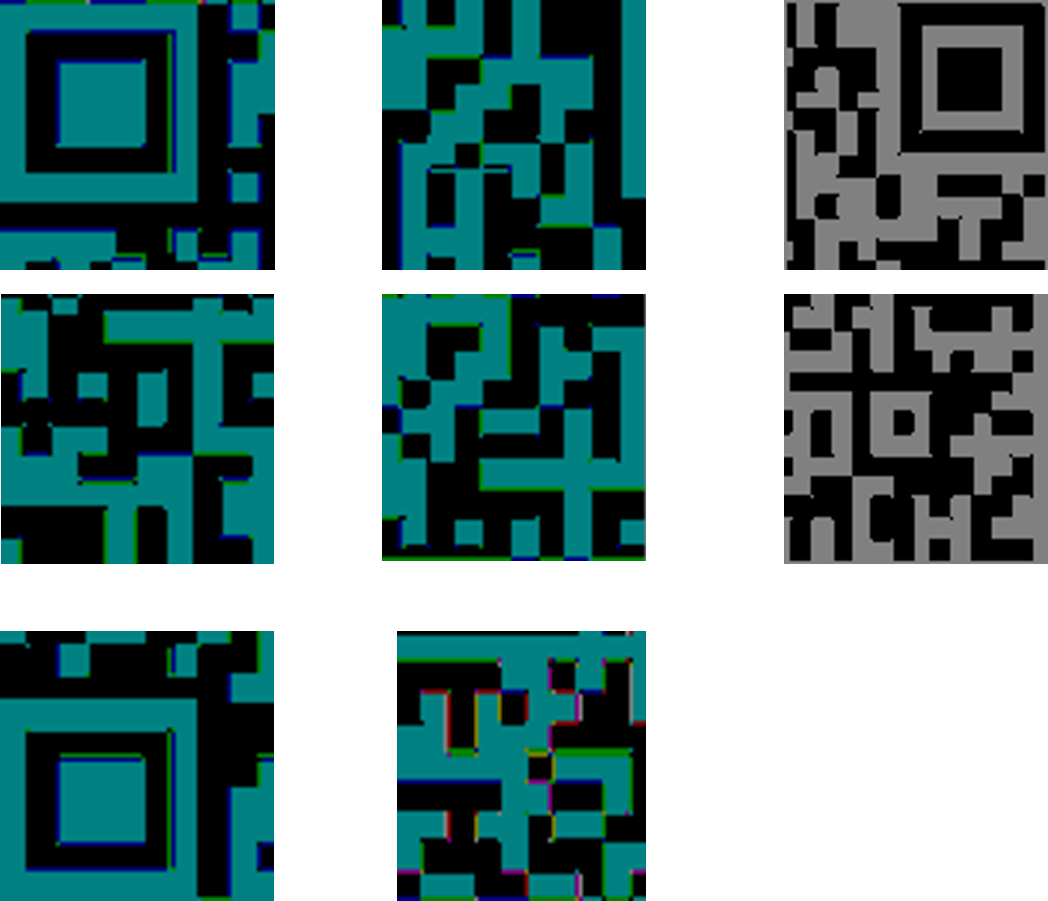 From Dean's Answer and the comment from OP there, I have tried:

From the fact we are given:

The public AND private key, I thought perhaps they would allow a piece of text to be encrypted and decrypted into another, but no such luck there. I am now struggling to find a piece of the translated message text that has not been used...

one step of Conway's Game of Life ("our next life")

on the black dots

above the QR code

I don't see much in there, except

7
What is John's job?
16
Dedicated image - but dedicated to what/who?
24
What happened to Dave?
15
Stuck in a Virtual Dungeon
5
Inexplicably, Recognizably, Specifically - What am I?
2
ARG - morse/wordplay puzzle?
8
A Suspicious Mail 2
11
The Anagrammy... what?
9
Party Time with Captain Pun
10
A Valentine's nonoGram