Science related rebus wordplay, what is it? 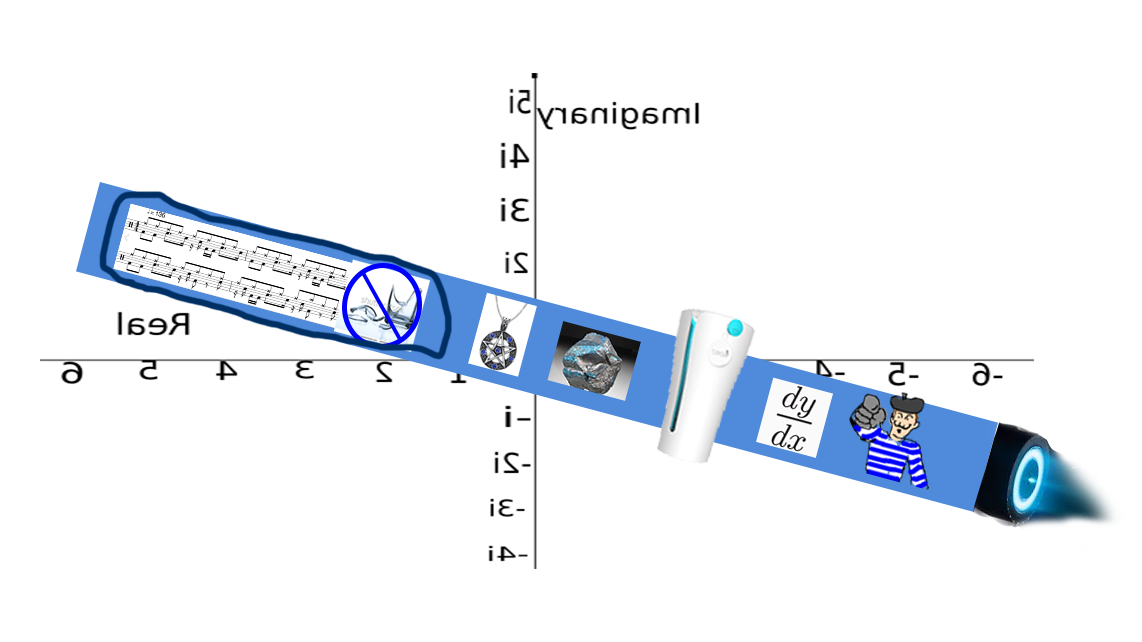 Can anyone figure out what this rebus wordplay is? Doing a Google search will help you a lot, and is recommended, but reverse image search would be doing basically all the detective work for you, so don't do that. It's easier to figure out if done from left to right and then re-examined as a whole.

It's two things, one of which is an example of the other.

Some of the elements in the images are extremely specific things and not general stock images representing the word, but I will not say which ones those are. (if you check the comments I did reveal one)

EDIT: Look at the comments on Bass's answer below for more hints, clarifications and confirmations.

Since the answer is an unfamiliar chemical compound, I don't think any of us can manage this alone, so I started this wiki answer for collaboration. If you want to post a separate answer yourself, please feel free to do so.

Here's the blue band split to pieces to keep ideas (I prefixed mine with my name, but feel free to edit or remove them if you need to) and given hints from comments (in blockquotes) in better order. 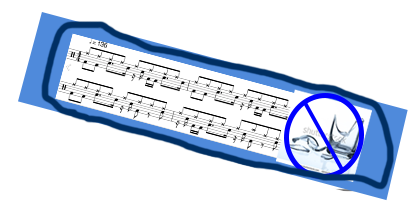 hint: it's not "a" song but it's used in lots and lots of songs all the time. your first comment from 50 minutes ago (EDIT: included below) was on the right track.

..the music is a generic drum beat that could be from any of a hundred different songs. If I had to guess from the particular rhythm of the beat, maybe from late eighties or early nineties?

Bass: the music seems to be a Funk / Soul / Hiphop -type drum beat, quickish and a bit "bouncy". The picture crossed out with the blue symbol seems to be of a broken glass.

North: The first image is something known as an "Amen Break"

North: I was thinking the second image is a star amulet?

Peregrine Lennert: It looks like a pentagram, so maybe something to do with penta-. Update: Sorry for doing this late but wanted to post my own answer first. It's "pentacle"

Be more specific of what kind of medal like object it is, but it's not really a medal, no

Bass: Hard to tell with so few pixels, but looks like a rock, probably metallic, or possibly molten on one side. Maybe "ore" or "meteorite"? Might be just a lump of some metal too, though.

Bass: Never seen one of these. A water filter? A centrifuge?

Peregrine Lennert: The fourth image appears to be a humidifier, dehumidifier, or maybe an air conditioner. Zooming in, one can see the word cool on the tag. Searching for the specific product in the image doesn't turn up anything useful, so I'm adding my contribution here.

this is the one that requires the subtle visual interpretation of the entire object on the complex plane to help you figure out. It's a very specific product and that hint will help you find it slightly better. you can save it for later.

Q: How am I on the fourth?
A: getting colder. think smaller also, liquids. hope that helps narrow it down.

Bass: Seems to be a stereotypical French guy pointing at me. Maybe some pronoun in French? Like "Tu"? 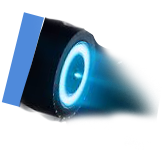 Bass: again hard to tell, but it's either a light, or high speed burning gas. Possibly "-lite", or the name of the gas, since we are going for a chemical compound.

Peregrine Lennert: It looks like the exhaust from a jet engine, or something similar.

F1Krazy: I'm pretty sure this is a Hall-effect thruster, also known as an ion thruster. Since we're looking for a chemical compound, the important word here is probably "ion".

Seventh object: you're getting a bit colder. the name for this one includes the entire object and not just the gas/emittance part.

Extra hint: the seventh object at the end is what will help you figure out the tiny extra hint to help you find the name of the fourth object.

Bass: Seems to be the complex plane, mirrored horizontally.

Q: how likely is it that I have heard the name of this particular chemical compound before? –

A: unlikely because it is obscure and useless I believe. but it’s not ridiculously long or complicated though is long.

global hint: knowing how the reversed complex plane and everything plays into the other word of the rebus is also important but will not help you find the name of the chemical compound (unless you use that information to narrow it down a bit if you have knowledge of chemistry.) [this is actually a really big hint (but not for the objects in the foreground) if you interpret it properly]

Because the larger object is the reverse of a

complex plane, with I in it.

Can’t make heads or tails of the arrow yet. Something to do with resonance frequencies, rocks, and home devices?

We don't know the meaning of the background yet, so I'm not sure where it goes. The first one is Amen, as it is an "Amen Break" with no break signified by the broken glass being crossed out. The closest chemical term I can think of is amine or amino (Found by North). The second object is a pentacle (Found by me). The third is a picture of ore (Found by Bass). Combining the last two gets us "pentachlor" signifying a compound/ion with 5 chlorines. I am not sure how #4 fits in here, maybe it is an anion I am unsure) Fifth is "Rate" (Found by Bass). Sixth is Tu (found by Bass), unsure how it fits in). Seventh is "Ion" (found by F1Krazy).

PARTIAL ANSWER!!!.
I hope this is helpful, I just realized this.

The reverse complex plane tells us to read the compound BACKWARDS, since its reverse. In addition, AMINE is a suffix word, or comes at thee END of a word, rather than amino- the prefix version. The OP has confirmed that the word is amine.

So actually what we have is

Findings: #6+#7 could be considered as T+Io which leads to TiO which is Titanium Oxide. So maybe we find chemical names and abbreviations too?!?

Penta-1,4-dien-3-one, 1-amino-1-trifluoromethyl-5-(4-methoxyphenyl)- ? This is the first thing that came when I searched vaguely

amminepentachlorocuprate (II) ion which is a coordination complex

the hint to find OCUP was to see that the foreground object is a rocket and if you do a database search of rocket related terms with the word "cup" which is what it looks like, "apollo cup" will bring up the search result for the product webpage of something called OCUP." pretty lame hint but there were other ways to find it too, just a bit too obscure to be easy to do.

thanks everyone for trying this rebus and i'm glad you all got as far as you did with it.

Not the answer you're looking for? Browse other questions tagged wordplay knowledge rebus science or ask your own question.

8
A Mentor's Reassurance - The disturbed books
6
Graphical rebus riddle
7
Giving back to the PSE Community: Rebus Connect Wall
4
Pictures to words
7
Cryptic Family Reunion: Ch-ch-ch-ch-changes
7
Scientifically Themed Dingbat/Rebus Puzzles - Part 5
21
What is missing from my aunt's inheritance?
10
An Elementary Connect Fano Plane
14
Is there a mistake in this vast rebus?
14
What is an Awry Grid?