A Riddle of a Place in Unicorn land

On a normal working day, in unicorn land.

Two opposing ways of the sub, I shall demand.

At the head of a hill, I will thus stand.

It's a real-life location

Google maps is your friend, for finding the two opposing ways of the sub, both of which are places.

I could not glean anything from the first half of the first sentence, but unicorn land made me immediately about how Scotland has the unicorn as it's national animal. Thus I looked up if Scotland had any subway systems, scrolled past the sandwich shops and found the Glasgow subway.
The Subway of Glasgow is circular, thus you have two ways to travel it. (This might be my brain trying to validate my guess). It's at the head of a hill, so first let's search if any station is named after a hill: Hillhead station.

My best guess is:

The Falkirk Wheel, in Scotland: 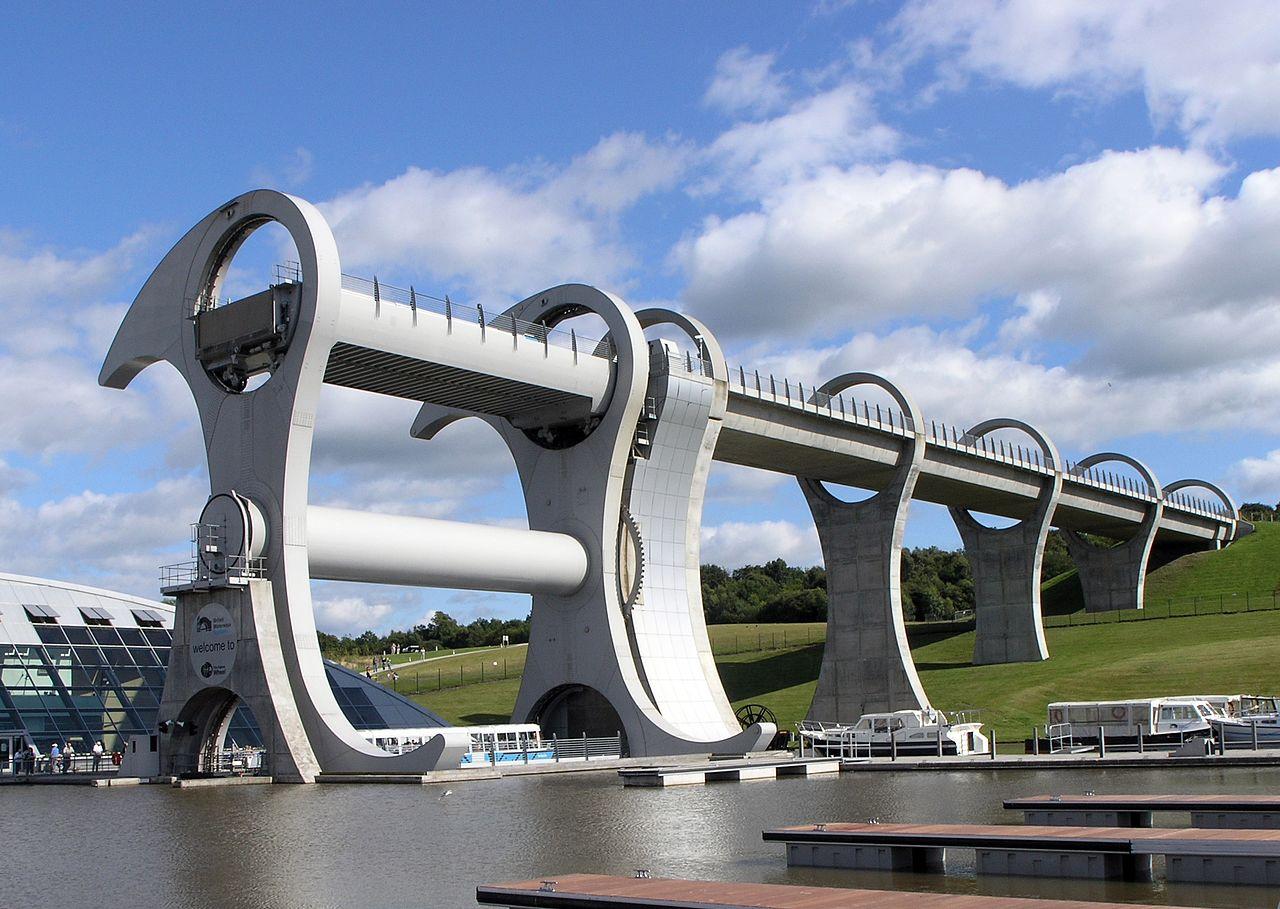 On a normal working day, in unicorn land.

The Falkirk wheel is a boat lift that operates throughout the week in Scotland. Scotland's national animal is the unicorn, so Scotland is the best real world place to call "unicorn land"

Two opposing ways of the sub, I shall demand.

The Falkirk wheel allows boats to pass both ways, between the higher canal and the lower canal, at the same time. Admittedly, it's a bit shallow for "subs," but some of the tour boats are sealed all around and look like submarines.

At the head of a hill, I will thus stand.

From the picture above, you can see that the wheel connects directly to a decent sized hill.

If it's not this, then I still

Think that it's somewhere in Scotland, perhaps near a naval base, with actual submarines, or a city, with subways (though Edinburgh doesn't have an underground system, as far as I can tell).