Switch the Odd One Out #4 (Advanced) 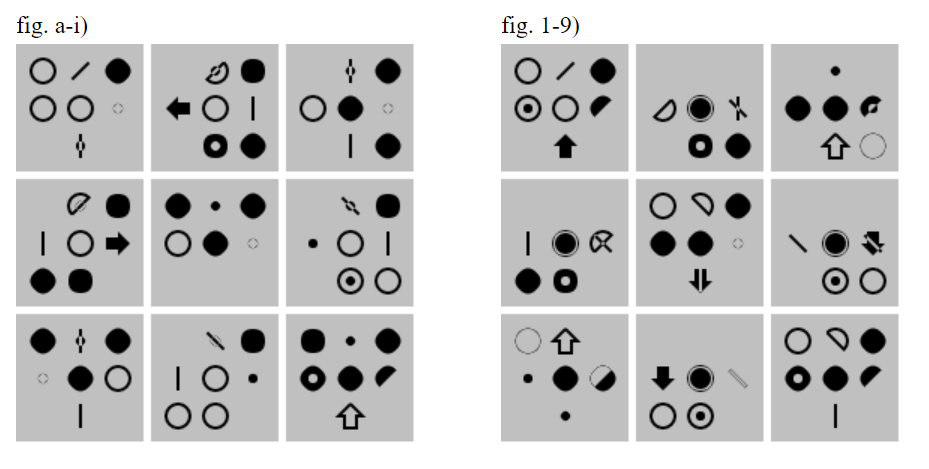 Here is #4 in the series, the most advanced one I have created so far. What two figures (one in range a-i and the other in range 1-9) are the odd ones that should be switched to restore both patterns, and why?

to switch i and 5

on the right side are only 9 types of objects. And by assuming that every object is shown at least twice, one can see that there are 11 available objects on the right side (The big circle with the small border and: the half-moon filled black). With that I recognized that on he left side is no half-moon but a box with one (i) so it doesn't fit - it's odd. So I changed it with a box on the right side which has only objects which are available on the left side - and that's only the one in the middle (5) 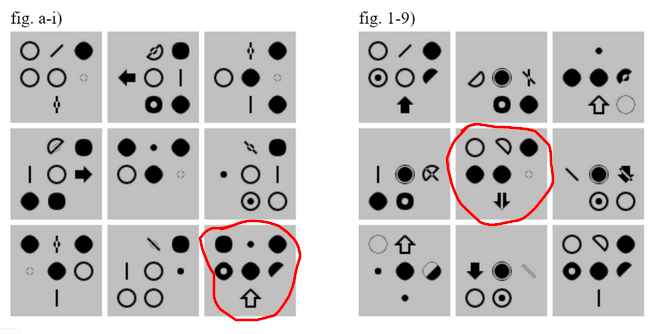 but it could also be

The left picture just contains boxes with 7 object and the right picture has rows with each having boxes with 7,6,5 "objects in it" (but not the middle row). And I think that these boxes have to be switches because it would "fit better" to have only "7 objects"-boxes on the left and a 5-6-5 row on the right middle row - simple it would fit better. These are the most odd boxes. 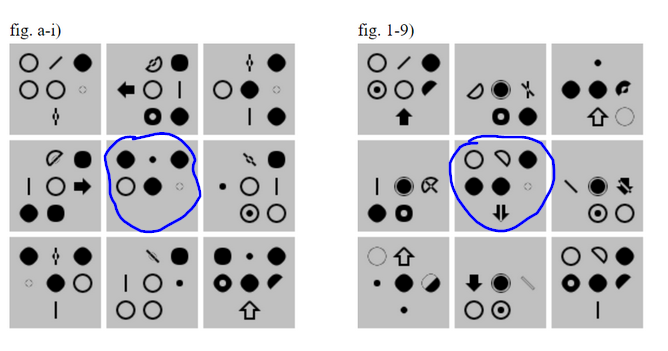 Not the answer you're looking for? Browse other questions tagged pattern odd-one-out or ask your own question.