How to solve elastic band puzzles?

There was a Puzzle competition last weekend, in which there were a couple of puzzles titled "Elastic bands". 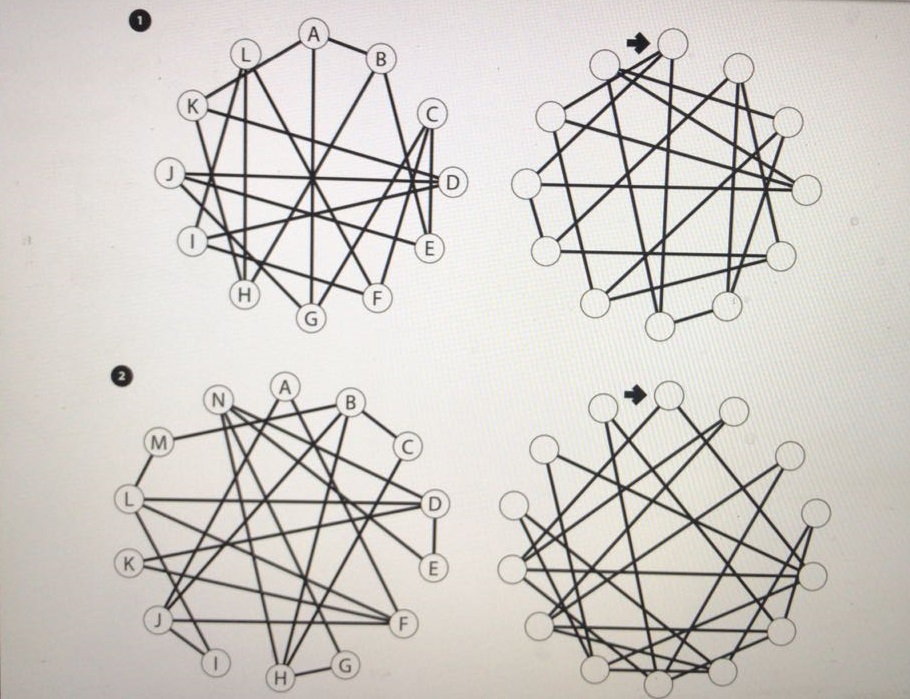 I couldn't solve either of these correctly. What I do know is that this puzzle requires us to solve two graph isomorphisms.

count the degrees of vertices, their neighbours and try to map the node names to vertices. I also tried counting the cycles of neighbours of each node and fit the vertices accordingly.

Question: How do you correctly solve these puzzles? Is there an efficient way, in terms of speed, of solving using logic?

Note : The arrows on the right-hand diagrams are for the answer key (write the answer from that node, going clockwise).

I've done a method to complete the first one and second one. 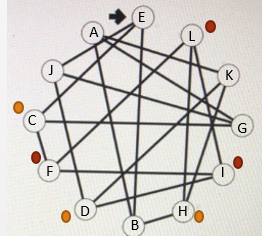 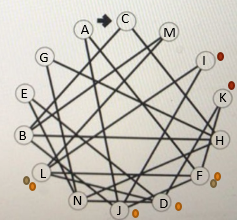 Here is how I proceed Puzzle 1

First I noted the three points of the triangle FIL (dark brown), and the three linked points of that triangle CDH (yellow).
From there I identified the K point as being the linked to two of the CDH points (D and H). C is then identified as the last yellow point.
C is link to E and G and the only point linked to this two is J. J third-linked point must be D Finally it is easy to identified the missing points by simple deduction.

Here is for puzzle 2! tricky one

Noticing pattern and putting colors
I have noticed a pattern with a 2L (two neighboors) node linked to two 4L node and these two are linked to a common fourth node 4L.
This pattern happens twice for K(2L) - DF(4L) - L(4L) and I(2L) - JL(4L) - F(4L).
I put colors in the graph: yellow for center 4L, green for right 4L and dark brown for 2L. You will notice that two nodes have a double spot: F and L.
D and J are the one with only a yellow spot. K and I are with the dark brown spot.
Filling the grid
I noticed A was the only one linked to two semi-identified points (FJ), this is how i identified A, F and J. And then all other semi-identified points. The rest is filled with easy deductions.

My idea for a global way of solving

I think this kind of puzzle always have a pattern to be found, could be a triangle like for the first one or something more complex like the second, or something easier like one node linked which is the only linked to others. My strategy is to write down every node on a paper with the names of its linked nodes, I also note the number of linked nodes for his neighboors. when i find a pattern, I go on and add color and, for these puzzle at least, it fills easily after that.

Untitpoi's answer to the first problem covered most of the detail of what I ended up doing.

In terms of my approach to reach the same solution as Untitpoi's answer, this was a little different - rather than working directly with the graphs as given, I instead started drawing a topologically equivalent graph on paper without the mess of crossing over lines. In particular, I started by drawing

I then connected further nodes onto that separate graph, looking for unique patterns. In particular, on the first chart, it was easy to notice, as Untitpoi did, that

only node K is connected to two different nodes (D and H) which are themselves connected to the FLI triangle. This breaks the symmetry of the triangle, uniquely identifying node C too.

The rest follows quite simply by labelling the target graph with the possible letters for each node that remains ambiguous.

For the second puzzle, note that

AJF form a triangle, and there are another chain of triangles: BCH-HGN-NED The second chain uniquely identifies node G without even drawing anything else.

Having identified the first node for certain,

We can then observe that

B is connected to J and M, which includes one of the nodes of the isolated triangle, whereas D is connected to K and L neither of which is part of a triangle. This uniquely identifies all of J, M, B, C, D, E, H, N and reduces the possibilities for the others with no other observations.

By this point, my graph on the separate piece of paper looked something like this:

I expect finishing off from there will be simple... and indeed it was, resulting in the following labelling (starting clockwise from the node labelled with an arrow):

In order to slightly generalise the technique which worked for both of these:

For a more general case (where we may have a graph consisting entirely of triangles, or with no triangles) step 1 etc. will need to be rephrased to look for some other identifiable characteristic that can be easily recognised.