First grid I've done without auto-fill, though I did have to resort to a word finder. Next month's will be all my own work! 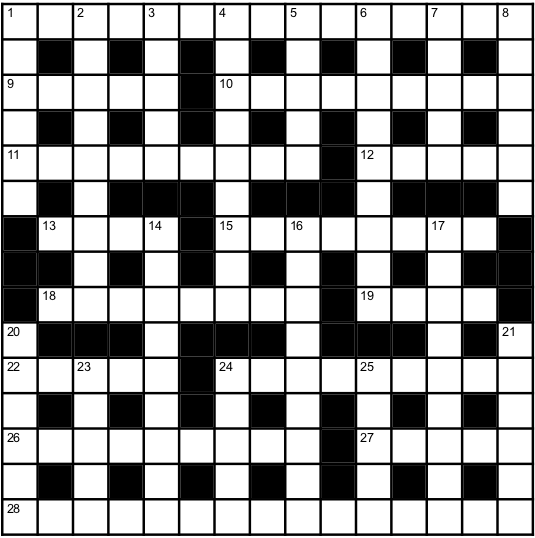 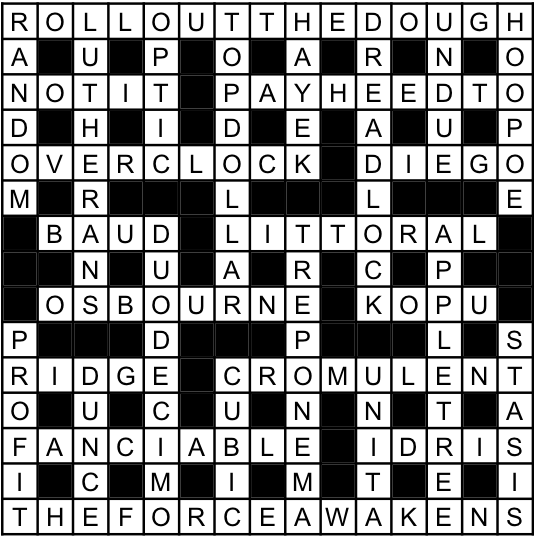 ROLL OUT THE DOUGH   Dole out the roe (spooner)

9 Don't choose me: after the first of November I'll be in extreme confinement (3,2)

NOT IT   N_ + OT(I)T — OTT is a British abbrev for Over The Top
— thanks @Gareth McCaughan, @M Oehm for explaining OTT

12 Consecutive passes a first for Maradona (5)

13 Call back to get a measure of modem performance (4)

BAUD   A inside DUB<

15 Where there's a shell-like hearing the exact words (8)

KOPU   (UP+OK)< — the Kopu Bridge in Thames, NZ (which even goes west from Thames)!
— thanks @M Oehm for the correct word

26 Outside dilapidated cabin is where Samoans stay fit (9)

FANCIABLE   FA(CABIN*)LE — def. is "fit"; a fale is a house or building in Samoa

THE FORCE AWAKENS   (OWES KATE A FRENCH)* — "Roger" is anagrind (a UK thing?)
— thanks @Gareth McCaughan

1 Rome, lacking conclusion from senate, is without direction (6)

LUTHERANS   (A RUTHLESS)* and change S→N

OPTIC   "fit" (TIC) after "work" (OP). — def.: optic: British trademark:
A device fastened to the neck of an inverted bottle for measuring out spirits.
— thanks @Gareth McCaughan for answer, @M Oehm for construction

7 Nude gymnastics after university are inappropriate (5)

17 Interference in programme (mostly dance) may hold up gala (5,4)

APPLE TREE   APP(LET)REE is "programme" (APP) + "mostly dance" (REE-l)
— Let is, as in tennis, interference on a play, and
Gala is a variety of apple
— thanks @M Oehm for the word guess

STASIS   (ITSA)* "on a boat" (inside SS) — def. from Stasi, formerly secret police in E.Germany
— thanks @Gareth McCaughan

24 Biro at the ready, recorded volume of boxes (5)

25 One of those quarterback Johnnies, loser of Superbowl I, who fought in Angola (5)