Ask Question
Asked 2 years ago
Active 2 years ago
Viewed 780 times
-5
$\begingroup$
Closed. This question is off-topic. It is not currently accepting answers. 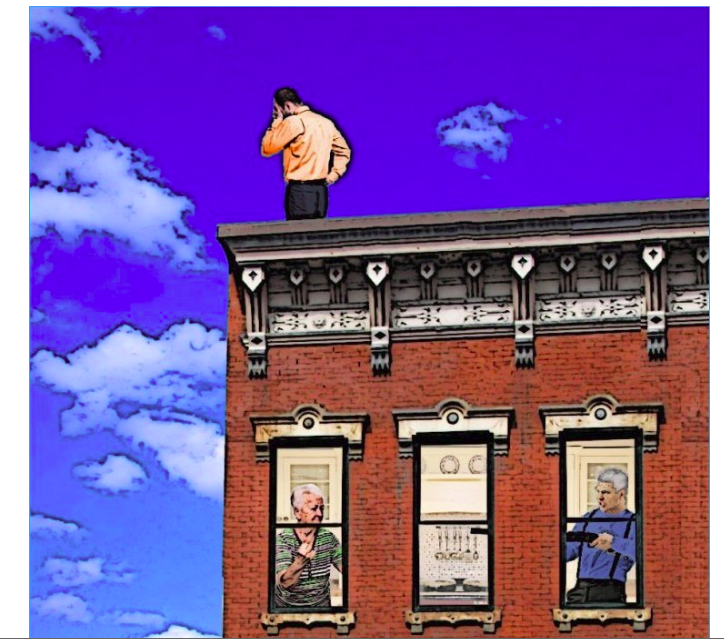 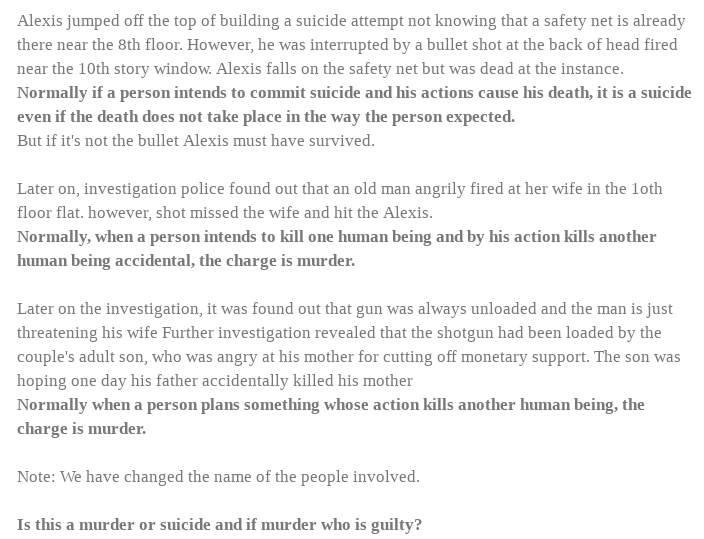 Note: The owner of gpuzzles.com did not allow me to copy the puzzle, However site is fine pasting picture.

The answer you are looking for is

Suicide, according to a quick search for the original case

However I don't quite know that this lives up to the spirit of puzzling, as the ruling seems subjective, and can not be deduced purely logically?

All done according to logic stated in question. Actual legal aspects are a different story (I'm thinking manslaughter would be closer than murder)

Not suicide, since his actions didn't cause his death.

Intended to kill someone, and by his action, killed someone else. Thus, guilty of murder. Note: Didn't pick it up the first time, but the story mentions "only threatening", implying he "knew" the gun was empty. However, he did pull the trigger, which contradicts the threatening.

Caused death of Alexis by actions intended to kill someone, thus, guilty of murder.

I would said it is murder as we can't know for sure he wasn't aware of the safety net. I would charge the shooter for accidental murder

Not the answer you're looking for? Browse other questions tagged riddle logical-deduction lateral-thinking mystery or ask your own question.