Find the color of the chess pieces

The colors of the pieces in the diagram is unknown. The diagram can be obtained from a real game. One needs to find the color of each piece: Black or White. 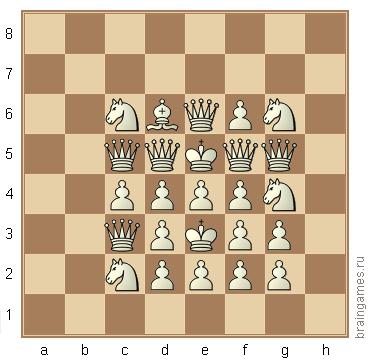 I do not know the full solution.

It is easy to find the colors of most of the pieces:

1. The kings should not be checkmated by pawns (otherwise what was the previous move?), so the upper one is white.
2. The knight on g4 gives a checkmate to some king, so this was the last move.
3. All other pieces should not give a check to any king, so we find the colors of them.
4. There are 12 pawns and 6 queens, so 4 queens were created, all other pieces are original.
5. There are 2 white knights on the top, so the knight on g4 is black.

Then one needs to consider different possibilities of the pawns' placements, taking into account possible moves. It is hard for me to find a solid approach to it.

I've made some progress by looking at the number of captures (7) vs the number of pawns that have changed file. The extra f pawns can't have come from the left in only seven captures, so we should have four captures bringing them from the right. h->g x2 g->f x2 The extra d pawn must have come from the left, so we get at least one more capture. c->d And in order for the a and b pawns to no longer be there, a pawn must have moved from both (the other must have been promoted), although this doesn't tell us where the b pawn went to.

So that's all captures accounted for, and no pawn has left d, e or f. That means one white pawn must be below one black pawn in each file. And there is only one way to fill those six pawns in.

Since the extra f pawns came from the right, there can have been no promotions on the right side. So the f and g pawns all came from f, g and h. This means we need three white pawns and three black. We have two of each in f, so the g pawns must also be one of each.

Now suppose there were white pawns at e2 and g2. They must have been there the whole game, so the bishop that started at f1 could not have moved away, nor could it have been captured because no promotions happened on the right side. Since the bishop is no longer at f1, and we know the e2 pawn is white, the g2 pawn must be black. And hence the g3 pawn must be white.

We know that black made two captures on the right side to get its pawns across, and one further capture in order to have the second d pawn. Since the second black d pawn came from c, if the c pawn is also black, it must have come from b, which would mean a fourth capture for black. But black has only captured three pieces. So the c pawn must be white.

We've now located three white queens and six white pawns in total, so all the other queens must be black.