Thoroughly annoyed that all the Stack Exchangers have forgotten about her and left her alone for several months with no attempt to help her with Kitty's New Mission, it seems Kitty has gone rogue.

Calls have not been answered for a few weeks and her bosses are beginning to despair of finding her...until they receive some postcards from her every few days. The only message on them is 'I've had enough trying to solve your puzzles with no help-now you try and solve mine'.

Well,a few days after the fourth postcard arrives,she steps off the plane at a certain place-and is met by a set of unhappy bosses,who are keen to return her home for 'a discussion and debriefing'. Where did they find her? 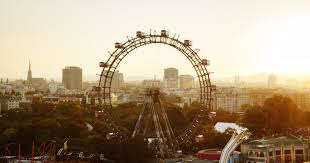 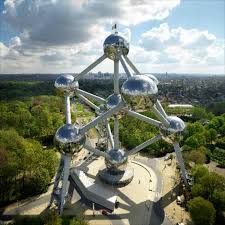 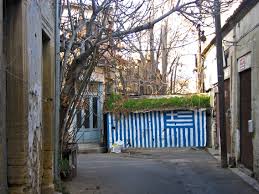 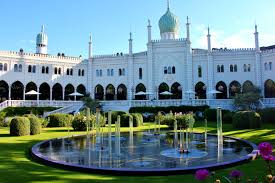 The four pictures show, in order,

the Wiener Riesenrad in Vienna (capital of Austria);
the Atomium in Brussels (capital of Belgium);
a Greek flag painted on a wall in the UN Buffer Zone in Cyprus (this particular thing is in Nicosia, the capital);
the Tivoli Gardens in Copenhagen, capital of Denmark.

capital cities (hinting at capital letters? Hardly, since that just gives us ABCD). First letters of those cities, to go with the first letters of the countries? VBNC or WBNC, yet again not obviously helpful. The cities all have airports, and the question indicates that airports might be worth thinking of. Their codes are VIE, BRU, NIC, CPH which yet again seems unhelpful.

None of this cleverness is getting me anywhere, so let's try something more straightforward.

Kitty is clearly visiting countries in alphabetical order, and so far they are all in Europe. The only country in Europe whose name begins with E is Estonia. So I'm guessing that her bosses found her getting off a plane at Tallinn Airport in Estonia.

108
A hunt for long forgotten treasure ...but beware the pirate's curse!
14
Discovering the past
7
Number 1 Mission
3
Finding Uncle John!
10
Troubles with a Rogue Circuit
24
What was Detective Sherlock missing?
13
Kitty watches TV
13
Good luck finding the odd-one-out
25
Where will this killer strike next?
18
Bar trivia is heating up