Crack the code, Save us from the Cheesening! 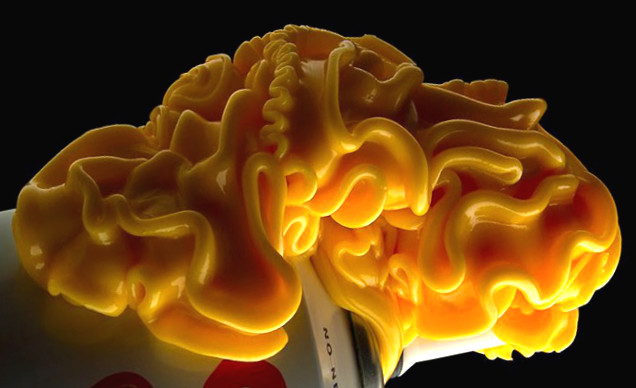 I'm agent Sly Happershat of the Department of Unlikely Threats. One of our undercover operatives, whom we'll call "Snuggles," has infiltrated the infamous prankster spy network known as the T.I.N.K.L.E.R.S.*

Snuggles has uncovered their diabolical plan to fly hundreds of drones over a famous United States sculpture. Each drone will be armed with a can of off-brand Easy Cheese. The TINKLERS fully intend to SMOTHER THE MONUMENT WITH AEROSOL-PROPELLED STRINGS OF PROCESSED CHEESE FOOD!

Obviously, we can't let that happen.

We know WHEN the cheesening will happen. Ten days from today. But we don't know WHERE it will happen.

That's where you come in.

Snuggles has managed to sneak out a TINKLERS document that reveals the target monument and time of attack. Unfortunately, it is enciphered in a code we've never seen before.

Can you help us crack the code and SAVE AMERICA?!

Our experts report that the code is too complex to break without clues. We've asked Snuggles to gather more intel. But with every suspicious question he asks, he risks exposure as a government spy. And no one wants to be on the receiving end of the TINKLERS' dreaded tickle torture!

Each day, Snuggles will add one additional clue to help us solve the mystery ... until he is exposed or time runs out.

Here is the message. Will you help us?

[Note from Tony. To be marked as the correct answer, you must solve the entire code AND identify the value of all eight code letters.]

The message is enciphered in 8 unique letters, which when combined spell TINKLERS. I caught a glimpse of someone decoding from afar, and they seemed to be adding things together. Because of this, I suspect the plaintext is shorter than the ciphertext and that is it a homophonic substitution cipher.

I managed to smuggle out the coding alphabet with each character's corresponding number value. My theory is that each letter in "TINKLERS" represents a number, and you add them together to get a number for a corresponding alphabet letter. But how do we know when one plaintext letter ends and another begins? Perhaps there is something I am missing.

I think they're getting suspicious. I got Thompkins tipsy on wine coolers and was able to extract the values of 5 of the 8 code letters. The problem is, I just don't know WHICH letters. At any rate, I'm getting funny looks from some of the guys. I better lie low for a while.

The ciphertext has a space after every five letters, but I think that's just a ruse. There must be some way to demarcate one plaintext letter and the next. Maybe not all of the 8 code letters represent numerals?

I have to keep this short. They expect me back any minute. The "S" letter in the TINKLERS code alphabet represents a character escape. It does not matter if there are one, two, or three. Whenever you see an S or multiple S's, the preceding character code ends and the next begins.

For a second, I thought I had the case cracked. Pilkins let it slip that the target was Mount Rushmore -- more specifically: Teddy Roosevelt's mustache. Turns out he was just pulling my leg.

But I did learn a few things. The remaining two letters are operators -- that is, they somehow modify a nearby character.

One of the operators is the number 0. It adds a 0 to the digit directly preceding it. So a 5 followed by a 0 becomes 50.

Not sure about the other operator.

Today, the big bosses Squiggles and Marlene gathered all of us up into the meeting room. They had grave looks on their faces. I knew I was toast.

Squiggles said, "Fellow Tinklers, I come here to tell you that we have a rat in this organization."

I eyed the door. It was blocked by two hulking bodyguards. I held my breath, waiting for the inevitable.

Squiggles slowly walked toward a cupboard and fidgeted with something inside it.

He turned around, holding a cage. With a pet rat inside it.

"His name is Milton. He is our new mascot."

The crew cheered and then crowded around Milton. They made ewwing and awing noises.

I just can't handle the stress. This will be my last clue.

SPECIAL MESSAGE FROM AGENT HAPPERSHAT: Everyone here at the Department of Unlikely Threats owes a debt of gratitude to Agent DqwertyC, who cracked the code and clued us in to the target monument. If you haven't read his findings, please do so below. Now that we know the target ... well, to be honest, we're just happy it wasn't the Washington Monument or the Statue of Liberty or something. The particular sculpture in line for a cheesening ... honestly, we'll probably just let it be cheesed.

This puzzle is a cross-post from my puzzle blog. (Link in profile.)

Finally, an answer (which I got barely before the last hint, but didn't type fast enough).
The TINKLERS are going to cheese:

Looking at different character counts, we have the following distribution:


This leads me to believe that the character 'S' is some sort of flow control character, instead of a numeral. My best guess so far:

Update: Hint 4 half-confirmed this, by saying that the S is a character separator.

Working with this, we have the message:

Using these assumptions, I:

Wrote a java program to brute force all permutations of values for TNKLE (knowing they were valued at 1, 2, 3, 5, and 10). I also took the resulting value of each character mod 40, because there were no possible combinations that wouldn't overflow. Then, I just cycled through all combinations until I got to one that generated readable text! (I know totally inelegant, but hey, the CIA should have supercomputers, right ;) )
This resulted in the following values:

This revealed the message:

Adding spaces and capitalization, this becomes:
"Comrade pranksters, we strike Chicago. At 1546, we shall cheese... The Bean!"

5
Have You Tried Turning It Off And On Again? (Vigenere cipher)
15
Crack the code and become happy
71
Unsolved Mysteries: Kryptos
32
A Letter from the Past
6
Please help me create a puzzle to ask a girl out
4
The Question Code
2
CRACK THIS CODE
1
How to create a code ring for 2 separate encryptions?
1
Ohh, NSA Again?
2
Spell My Username in The Following Code (i.e. Cheese Cake)