You are the royal pharmacist, a brilliant doctor hired to care for the Royal Line, should they fall ill. You have been called to His Majesty's side, as he has become bed-ridden.

As you enter the room, you see others have arrived before you.

Before you can say anything, the princess rushes towards you, sending spittle flying as she gasps out in a foreign language.

However, the knight swiftly pulls her aside, handing the princess into the waiting arms of Opal. "Don't listen to her, she was driven mad after drinking from the same goblet as her father" Chris states
"And what of it? The King is more important! Heal him, you fool!" Hubert squawks
"But first I need more information" you reply "Perhaps if you move, I could examine the King?"
"I..ah...yes, I suppose an examination is in order" Chris mutters "Rather swiftly, if you will..."

From Chris' comments, it was already obvious, but the examination confirms it. The King has been poisoned! However, there are multiple similar poisons with similar antidotes that you could use...

As you mull over your options, you notice Opal wiping the Kings forehead with a strangely embroidered cloth...Although you dismiss it quickly. 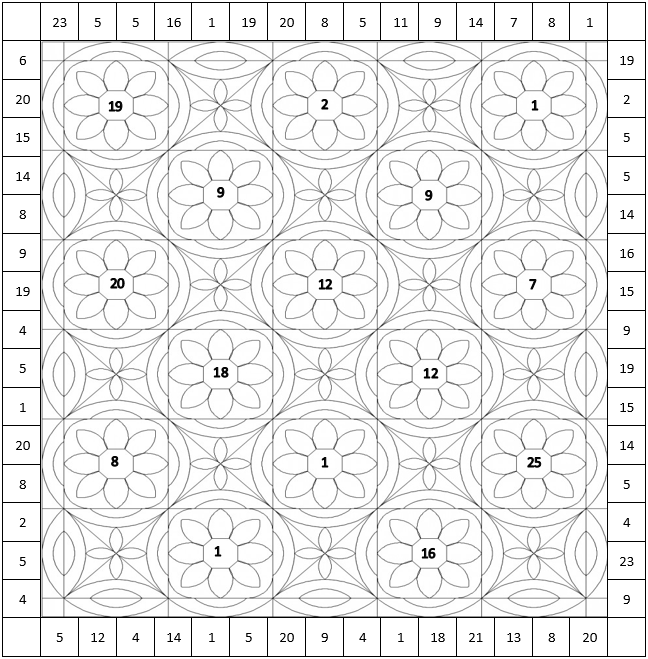 After pondering, you manage to narrow it down to three possibly poisons. The poisons are:

And though you have all of the antidotes readily available, you need think in order to figure out which one is for which poison!

If given the wrong antidote, the King will die and you will be hung for failing to save him

To save the King, you need to find out what poison was used, which antidote to use, as well as who poisoned The King.

What do you do?

The Crown and Titles. Hubert would marry the 'mad' Serenity, Chris would be made Regent or Overseer or something along those lines.

Having broken the mad Princess' garbled speech via quipquip. I proceeded to crack the code the old fashioned way: by hand.

The Princess' garbled speech reveals that the alleged poisoner may be:

Papa has drunk poison! Such rapacity, Hubert desires fathers throne, and my hand...

Using this tool https://www.dcode.fr/shift-cipher I spent some time using this alphabet:

Then the comment by the author regarding the language came up a few hours ago....

I found this site: http://stefangagne.com/albhed.html

The numbers on the embroidered cloth can be decoded using a simple number-letter substitution cipher 1=A. 2=B, 3=C, ... ,26=Z

Since this is a continuous loop that reads:

We can read the following:

Weep, as the King has been poisoned with Muradite and left on his death bed

This was definitely odd and probably put us all in many spins of the nog.

The pattern-of-flowers grid in the center of the embroidered cloth is not really a red herring as many might think and using the the same number-letter substitution cipher, reveals:

Which when read diagonally reveals:

In calling your attention quite loudly to the fact that it is indeed,silly, something starts to smell awfully fishy. And a lot of questions come to mind...

Why leave such details as revealed on the cloth, unspoken? Was Opal fearing for her life? What deeper or much simpler Machiavellian machinations were being deployed here?

Questions like these and other such conspiracy fueled tangents were crossing my thoughts...

At this stage, Hubert may or may not be the poisoner, but we do know that in any Kingdom the husband and wife are King and Queen. Perhaps Serenity's claim is not so mad.

Why the misdirection in the embroidered cloth?

Opal, as Head Maid, and probably the only person with access to the King's chambers and foods, would definitely need to be included in any plot against the King.

If this is the case (which I'm not sure it is), I don't want to speculate on what Opal was promised in turn for her help: but, if Opal was a key player in poisoning the King, why would she deliberately wipe the King's forehead with a cloth which implicated her?

Did someone give her the cloth?

After decoding the Princess' speech I went through a conspiracy theory where double-, triple- and even quadruple-reversals took place, before finally deciding to take the riddle at face value.

Chris is a royal knight but not particularly loyal.

Seen in this light, the Knight's rude and disrespectful attitude towards Serenity as well as the accusation that she was mad does paint a nasty portrait indeed. His abrupt tone to you the Royal Physician is also rather presumptuous.

Who would stand to gain most from the King's Death and the Princess' apparent madness?

Hubert would marry Serenity making him the rightful heir through marriage and Chris would remain in his position, perhaps even given a promotion and titles.

In implicating the maid, Hubert and Chris reckoned that I would see this as a red herring and administer another drug, thus ensuring that the King died, leaving Serentiy mad to be manipulated at will.

What the conspirators did not count on was the fact that they threw the game in their interactions with me prior to the examination.

Hubert was rude and callous and disrespectful towards the Princess and it seemed that he was nervous about something.

Chris man-handled Serenity, cutting her off before she could say anything else. Passing her comments off as those of a mad-woman and urging me rather rudely to finish the job, hoping I would be misled by the various booby-traps along the way.

Their conversation, was highly suspicious.

I was toying with the idea of the antidote being SABUETTE, on the strength of the 8-digit words, 'MURIDATE', 'SERENITY', 'ANTIDOTE' as well as my own attempts to crack the foreign tongue on the link provided. Using 30, 15 and 8, I did get close to encrypting it to the letter, but I just couldn't get it right.

Hubert/Chris probably gave the cloth Opal who was unaware of the messages revealed. The cloth was prepared long before the event.

Why Serenity is not dead, is due to the fact they need her alive but unable to rule. She did imbibe a very small dose of poison administered via her food or drink at some point during the day and the phrase "she drank from the goblet" was just a ruse.

SOHC were used in the substitute cipher attempts as it is the initials of their names presented very clearly elaborately in point form. Perhaps if I had tried and of the drugs or antidotes in other alphabet attacks on the cipher text I may have been successful.

First letter of each spoken phrase is very close to DUBPIR

I hope @Asteria gives us a walk through.

is saying "Papa has drunk poison! Such rapacity, Hubert desires fathers throne, and my hand". (Simple-substitution cipher. I confess I just fed it to quipqiup.)

has around its edges letter-indices saying "WEEP AS THE KING HAS BEEN POISONED WITH MURADITE AND LEDEBHTAEDSIHNOTF". That last bit (corresponding to the left edge) is a bit disappointing, but I can't help noticing that the last six letters are an anagram of FOHTIN. (Those letters also contain an anagram of ANTIDOTE but what remains after removing that doesn't look promising.)

Aha, MOehm in comments points out that

if when we reach the left edge we switch to reading top-to-bottom, we get ... LEFT ON HIS DEATHBED. So the anagram of FOHTIN may be coincidence, but in the absence of anything else to indicate the antidote I'm going to guess that the break in the reading order may have been deliberate, to put that anagram in a prominent place.

I don't know at present what to make of the numbers in the inner portion of the cloth; perhaps they provide either the key to the princess's cipher or information about unscrambling the left edge of the cloth. Reading in the "obvious" order and translating numbers to the letters in the usual fashion we get SBAIITLGRLHAYAP which is not obviously useful, and some of the numbers are too large to be indices into LEDEBHTAEDSIHNOTF.

if you read those letters in the right order you get A BIG SILLY TRAP HA, which presumably means we should ignore them.

It seems clear that

there's no useful information in the geometrical patterns on the cloth.

the king was probably poisoned by Hubert using muradite, and I'd treat him (cautiously) with fohtin.

I have some difficulties with the narrative here. I mean, princesses are capable of lying (and it's not so hard to imagine why someone who might be heir to the throne might kill the king), and someone seems to have done that embroidery ridiculously quickly, and in any case embroidering "the king has been poisoned with muradite" doesn't in any way prove that he actually was, and if you actually want someone cured then there just might be better ways to indicate how he was poisoned than embroidering the information in coded form onto a cloth. Frankly, in this situation I would suspect that actually Opal and the princess conspired to poison the king, that the cloth was done in advance as misdirection, and that the actual poison was anything else rather than muradite :-).