As you work through one of your (also) countless maths books, enjoying (but also slightly concerned about) the lack of puzzling notes from your brother, you discover that he has struck once again, this time pasting his correspondence into your book. What a nice early Christmas present! *grumble* 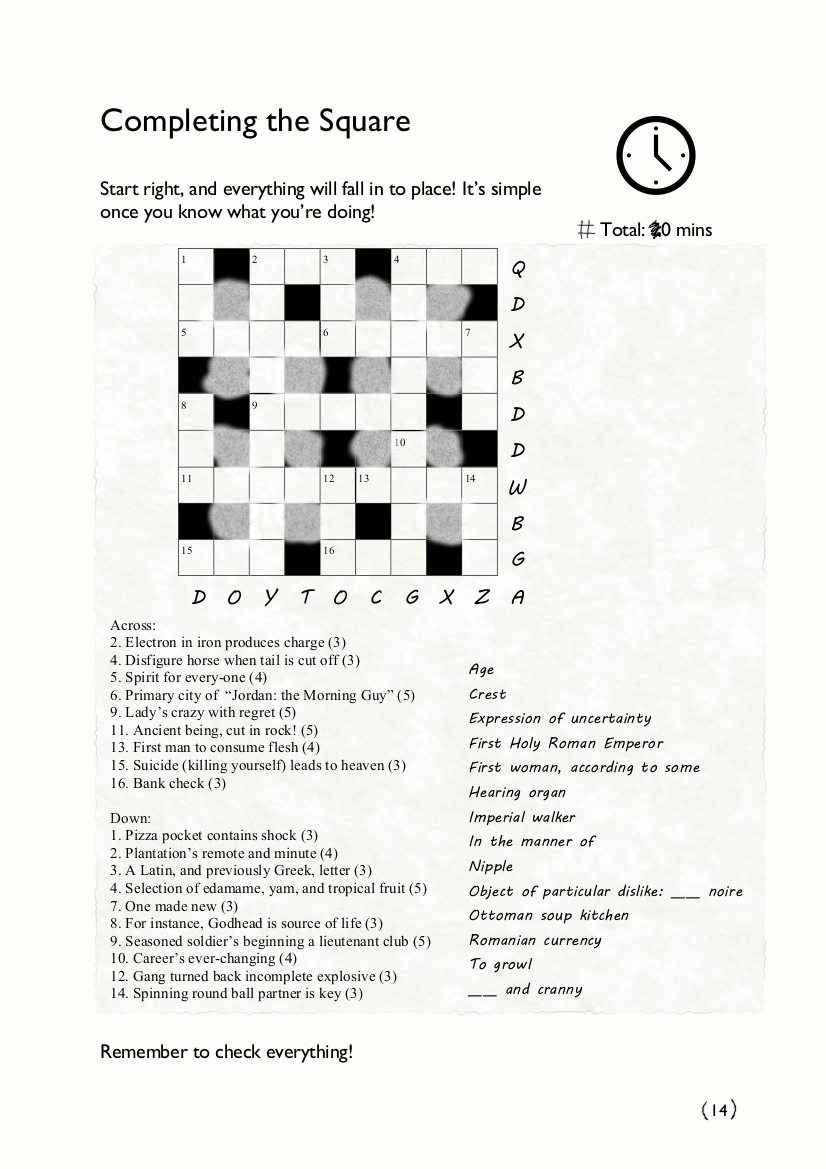 Doesn't look like he's gotten more into maths since last time. What is he getting you to do this time?

Continuing where Gareth left off, we notice that

The unchecked letters in the grid (when read in a spiral) spell ZERO-BASED.
ffao noticed that if each letter is converted to a number, all four completed rows and columns (with their outside letters) sum to 0 mod 26.

So, can we "complete the square" by putting letters in the final blocks, making them sum to 0 mod 26? At first, this problem seems pretty difficult. But it turns out that there are exactly two black squares in each row or column that has any.

"Start right" means to pick R as the letter in the top-left black cell. (Alternatively, you can just bruteforce it, as I did.)

When that letter is placed, we can read around the loop to get a final answer of RECONSTRUCTION. 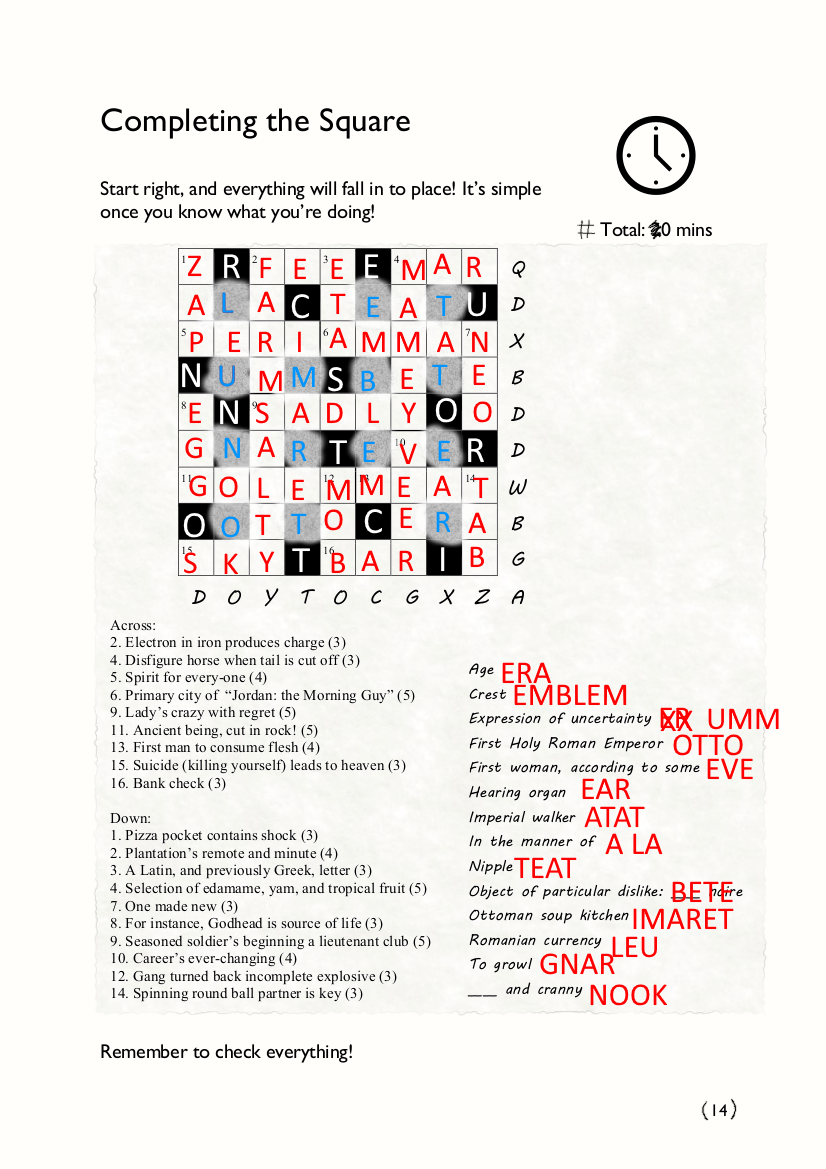 Solving the crossword and

adding in the extra words 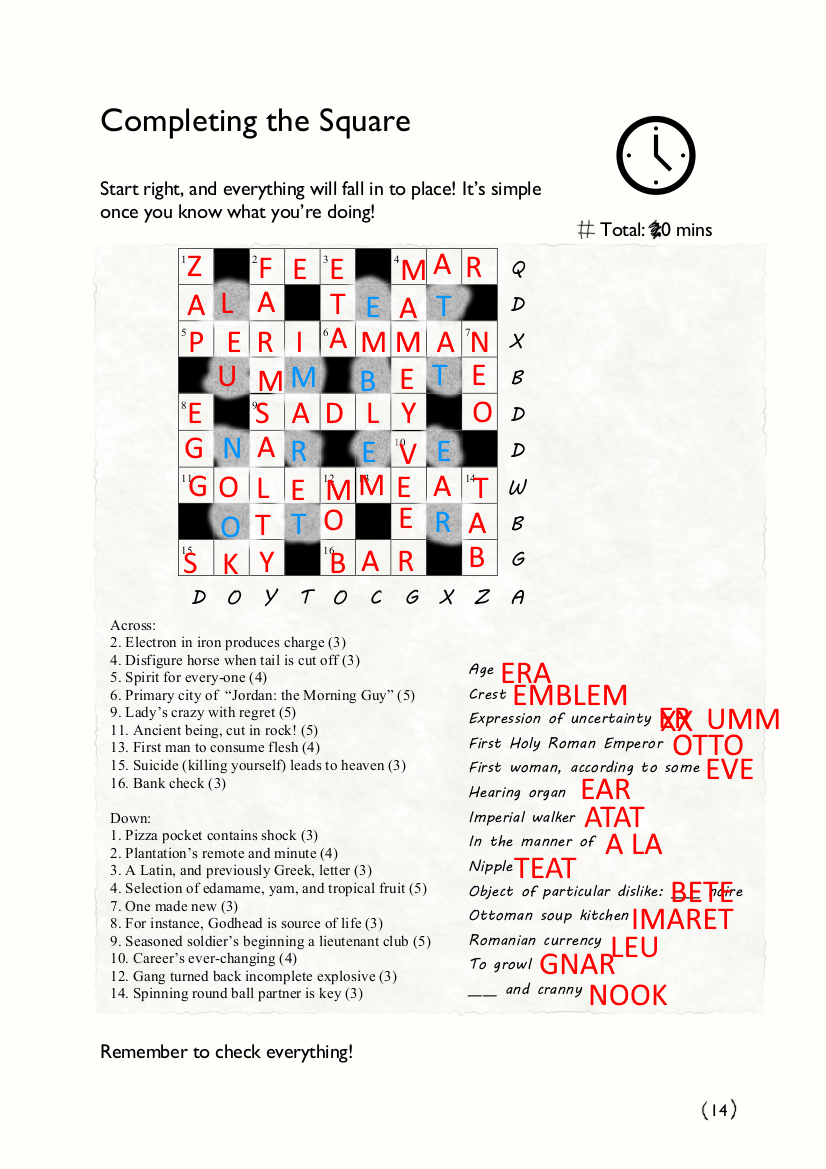 and then we can see that

converting the letters around the outside to numbers (A1Z26, I guess) and doing ... something ... with them. The resulting numbers don't jump out at me as signifying anything useful, though; I wondered about taking their individual digits as indicating positions along each row/column, but that doesn't seem like it works (especially as one of the numbers is 20, and the extra 1 in the bottom-right corner is hard to account for). I also wondered -- but it's no good for similar reasons -- about erasing everything in the grid and then treating it as a nonogram. Perhaps there's some other standard puzzle-type that can use these numerical clues?

Anyway, here those are in case they are useful: 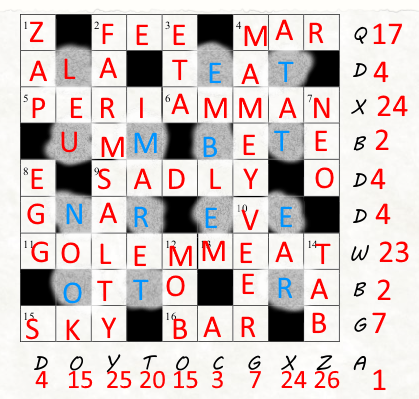 Anyway, I have to go to bed now. Perhaps someone else will finish the job.

5
Almost magical square
6
Is it permissible to put the straight or definition in the middle of the cryptic crossword clue?
6
Why is this the answer?
1
7 down: The end of the flower festival (6)
68
The Two-Trench Truce
11
Arabia and the Middle Ages
14
On The Subject of Marble Tumble
16
Friday's the most cryptic day of the week
7
Cryptic crossword: the time is now