Four in a row with 12 stones

I'll present three puzzles, in stages. Try not to look at the next stage before completing the previous one.

Note that 'a line of four stones' means a line with exactly four stones.

Place twelve stones on a table such that there exist six lines of four stones.

Place twelve stones on a table such that there exist seven lines of four stones.

Move four stones from a certain configuration such that there exist seven lines of four stones. To make the initial configuration, intersect two equilateral triangles to make a six pointed star and put a stone at each intersection of two lines.

*(super duper) highly recommended for anybody who likes mathematical puzzles. Although it is ever so slightly more on the maths side than the puzzle side, there are quite a few enigmas. In fact, there are many other interesting problems and content in the book (e.g insert a mathematical symbol between $4$ and $9$ to make a number between 1 and 10.). I was just wondering if anybody'd be interested in more 'mathematical puzzles' from that book.

Dunno what to tag this, feel free to change the tags (and this message) 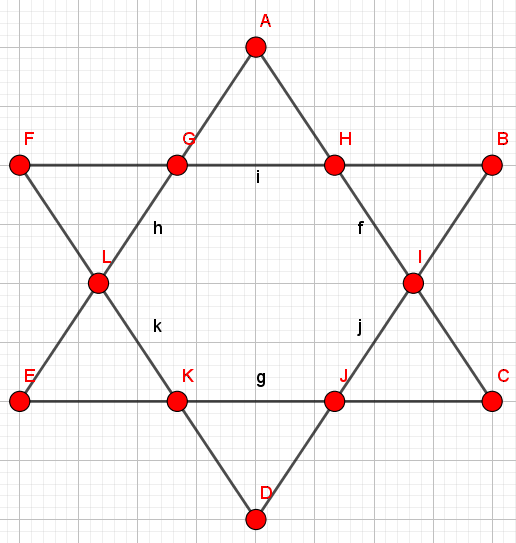 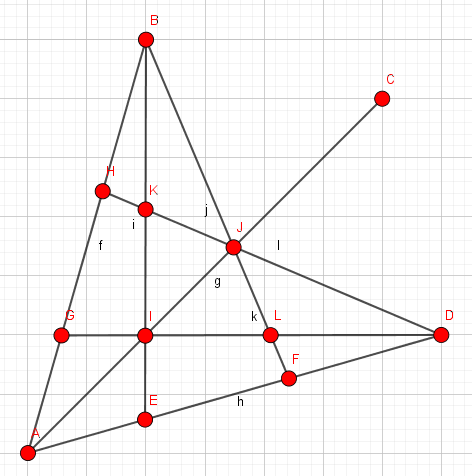 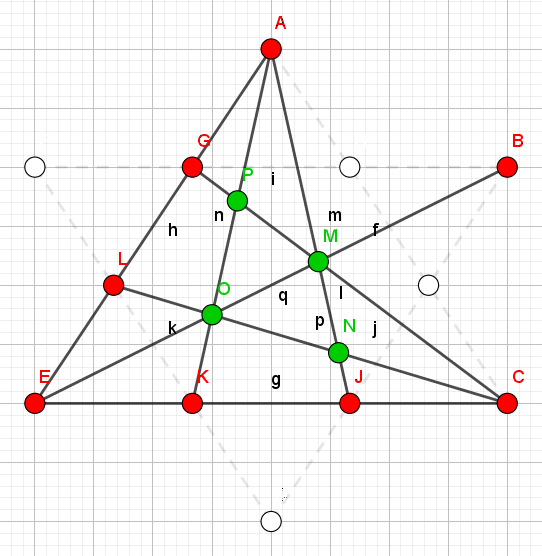 Stones arranged in the shapes of two overlapped equilateral triangles, each side having 4 stones. One triangle right up and the other one up-side down. That is the final shape is a star with one stone each at vertices and at intersections of sides of triangles.

I believe I did find an alternate solution for stage 1 based on squares instead of triangles: 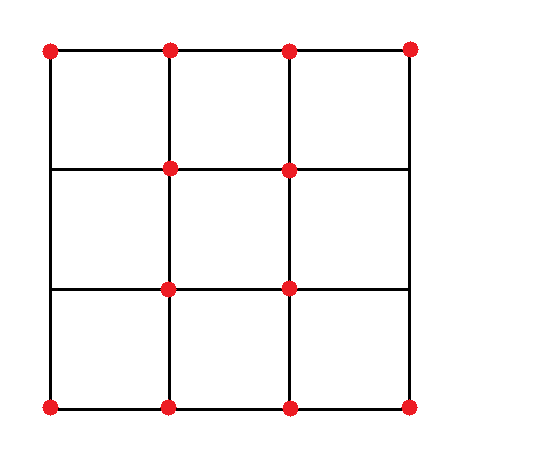 I haven't solved stages 2 or 3 yet, but I have an alternate solution to stage 1 that I think is mathematically different from the ones already given: 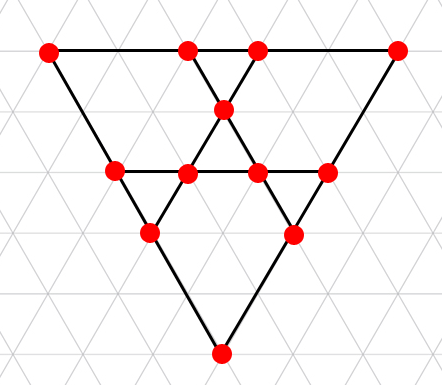 21
Picking up stones
7
Smallest number of matchsticks for a 3D structure with 6 matchsticks at each vertex
4
A stroll in the park
14
The Erasmus pentagon
11
Professor Halfbrain and the tilted cube
9
Covering Table with Coins
2
Rearrange twelve checkers in six lines of four
3
Three-digit multiplication puzzle, part II: ever heard of senary?
4
An unambiguous number puzzle
8
Making 7 congruent triangles from the pieces of a triangle dissection