A Screen Cap of a Googlewhack

The first word is not a common word, but is commonly used in certain circles, and it's actually Latin with ancient Greek origins.

The second word is a VERY long word (a "lingual feat") that is not commonly used, but you can find it. Its definition is contained in the riddle.

The first word is not a word you would know offhand, unless it's your field of study (or you've read the right article) but you can easily find it with a Google search.

This is what I found:

Where first word is

and second one is

the act or habit of describing or regarding something as unimportant, of having no value or being worthless

Some explaination about each stanza:

One of the ten plagues Yahweh inflicted upon Egypt, according to the biblical Book of Exodus, was locusts. One significant note on the genus of locust chosen: National Geographic published an article about a locust infestation in Egypt of the same genus in 2013.

In 1874 Rocky Mountain locust caused $200 million in crop damage in Colorado, Kansas, Minnesota, Missouri, Nebraska, and other states. One farmer reported that the locusts seemed "like a great white cloud, like a snowstorm, blocking out the sun like vapor". The locusts ate not only the grass and valuable crops, but also leather, wood, sheep's wool, and in extreme cases, even clothes off peoples' backs". [source: Wikipedia]

The first word indicates a genus of grasshoppers, and etymologically it has greek origin.

As already said, the second word indicates the act or habit of describing or regarding something as unimportant, of having no value or being worthless; so it's "a bad habit" you'd better avoid.

It's also often cited as the longest non-technical word in the English language, being one letter longer than the commonly cited antidisestablishmentarianism.

I'm just pleased to finally find one. And it fits a bit

I figured the old greek word would be 'unique' simply translated so I pretty much searched for these words meaning unique in anctient greek and tried to combine them with different second words. Then unrelated today i learned the word 'polyglot' and thought cool, that might work. Alas it did not! Two results again. Then i saw on the wikipedia page that polyglot is actually from ancient greek so I tried with its translation and voila: 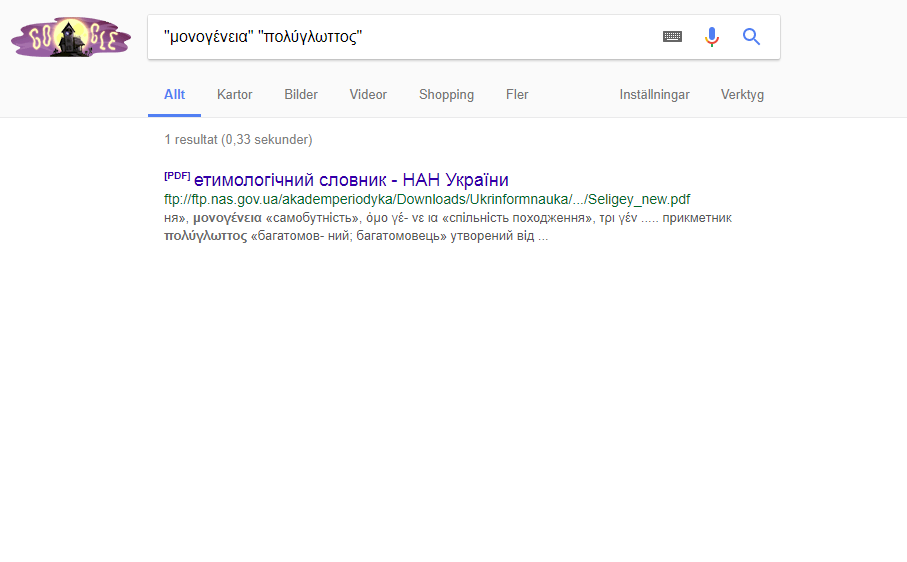 Not an actual answer, but maybe this can help someone else get the right one:

first word: maybe plague (Especially one of locusts. Egyptians die from it. They fly. They cause famine by destroying crops. The word has Greek origins, not sure about the unique part.) second word: maybe taboo (The act's not fit, stop it.)

That's all I have. I've been trying for a couple days now. My ideas probably don't help a whit.