The following images represent the same board: 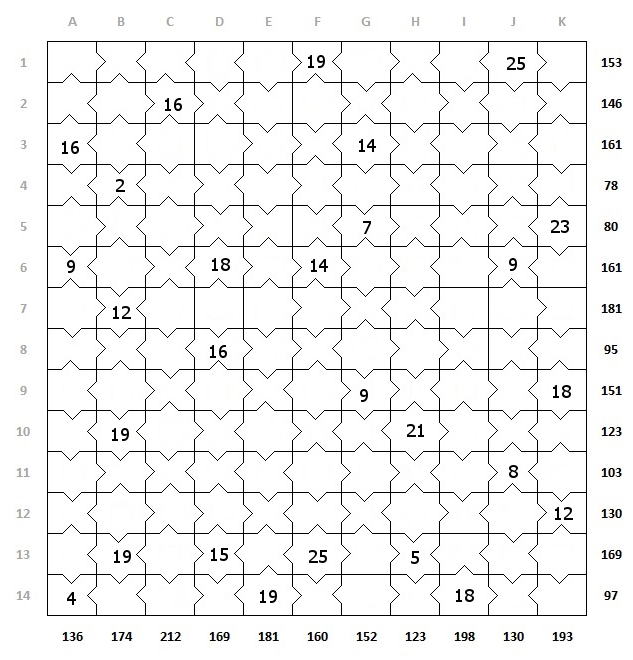 This image looks similar to the Empty sudoku puzzle but is not a sudoku. The only similarity are the > and < signs between the cells. 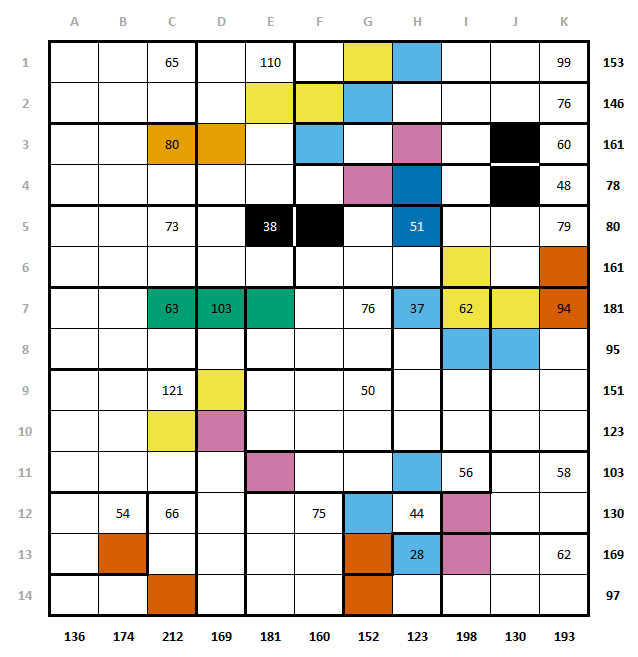 This grid is divided into regions (marked by thick borders). The sum of the cells in each region is given. Also, the numbers in each of the regions are distinct - that means no region contains two identical numbers. The colored tiles identify specific numbers. However, not all positions of a specific number are given (with one exception). 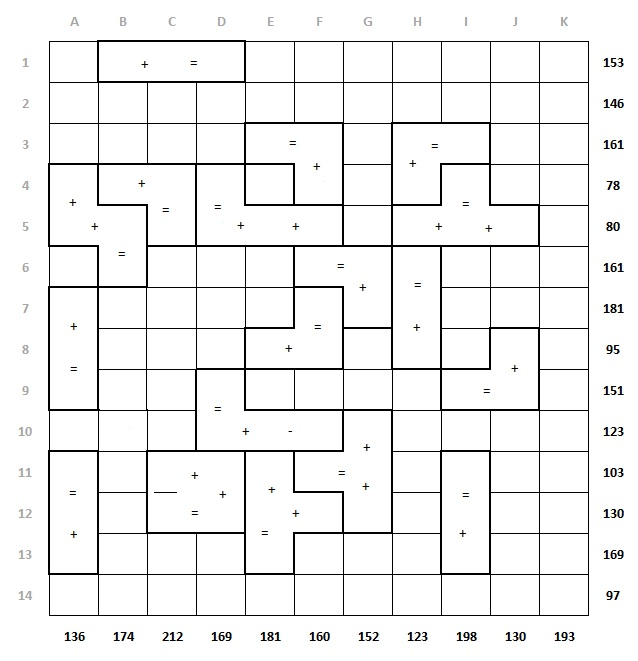 Here there are some equations - marked by thick borders and the signs +, - and =.

The numbers at the end of each column/row represent the sum of the particular column/row.

I have edited the second image - there was a mistake in transposing the colors, particularly the yellow/purple cells in C9,D10/D9, E10 - they have moved down one square each. And a second edit - moved the black cell on I3, I4 to the right (J3,J4).

PS. All numbers are positive, i.e. the smallest number is 1. I will let you figure out what is the largest.

Here is your solution: 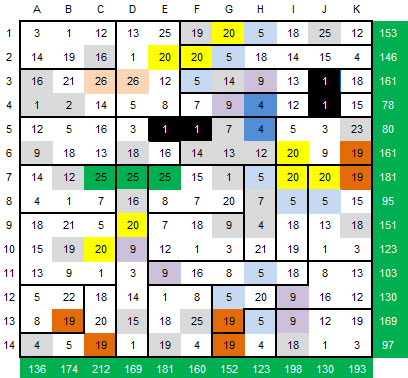 In order to solve it,

I created a spreadsheet showing the different layouts and added some formulas in order to check the totals at all time. For the grid with the > and < signs, I made the background of the image transparent and added it on top of the numbers. 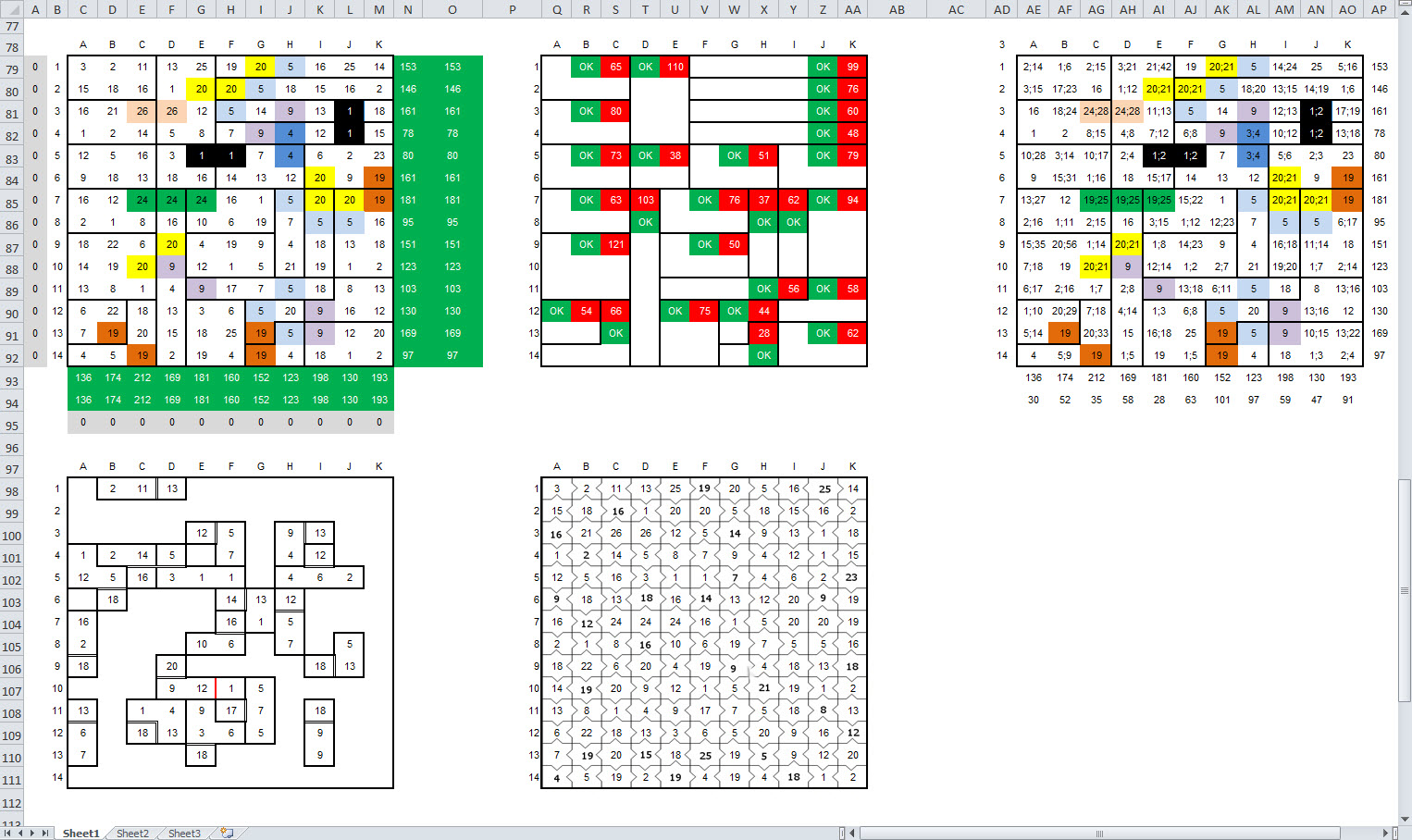 I proceeded to narrow down the possible values for each cell to the smallest interval taking into account as many constraints as possible (right hand side table). As this was not enough to determine many values with certainty, I then proceeded to making hypothesis and testing values back and forth until everything finally fitted in!!

But (wait for the plot twist)

Although I had managed to respect all the constraints of the puzzle, my solution was refused! Having been caught in the numbers I had completely missed the big picture! Deusovi came to the rescue, pointing out that the numbers were probably encoding a message. So I proceeded to convert the numbers into letters, but not much came out immediately. After a closer look though, I could find the word 'PUZZLE' in the grid. I realized that some tag names were hidden in the rows and columns, and decided to look for more. Most of them were missing one or two letters, which helped improve my solution.

After resolving using that last clue, this is what my grid looked like 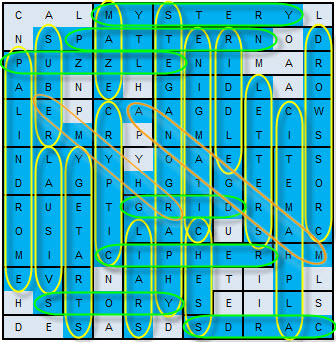 8
Puzzling puzzling phrases
11
Can you figure out my favorite color?
30
Parallelisation
6
A Puzzling Walk
6
The Alchemist leaves a trail
38
Puzzling SE not loading?
39
This new puzzle type needs a name {EXTREME EDITION}
13
A true no-no-gram
5
Double Ducky (or Fu-two-shiki)
11
Zookeeping: a puzzling job