Your mission is to break this mastermind code

Here is an altered mastermind puzzle which instead of colored pegs I used digits from 1 to 9 without any repetition. The picture below shows four guesses and their corresponding scores.The black pegs are for every correct digit and correct position and the white pegs are only for the correct digits and wrong position. Your mission is to break the code on the fifth guess and find what the hidden number is. Good luck. N.B. for those who are not familliar with mastermind game I suggest to visit this site: https://en.wikipedia.org/wiki/Mastermind_(board_game) 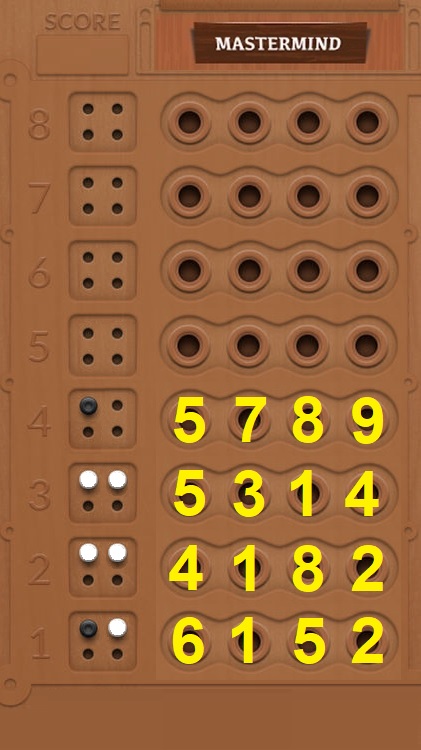 Process:
Note: When I speak of a number being white or black, I mean that it is represented by a white or black peg respectively.