How to solve a Vigenère cipher?

This is not a puzzle, this is an actual question

Recently I tried to solve a puzzle on this site, which I was certain used a Vigenere cipher. I'd never heard of it before the puzzle, so I went straight to the Guide, and later to Wikipedia.

I understand a Vigenere cipher has 3 parts: the plain text, the key and the encrypted text. It is my understanding you would need at least two of these parts; however, the guide seems to suggest you can use the index of coincidence to find the key from the encrypted text, although I may be wrong.

I seem to do okay with Wikipedia's example:

Here Wikipedia explains that the key would simply be repeated to make as many characters as the encrypted text / plain text, so it comes out as LEMONLEMONLE. 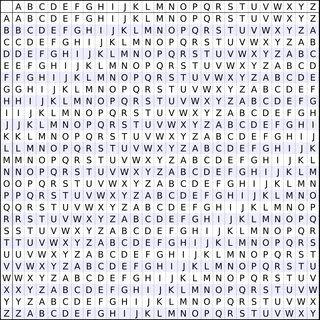 I understand that looking at the L row from the first column (the first letter in the key), and finding the L (first letter of encrypted) in that row, I get A. Using the same logic for the rest:

and so forth; however, I tried to apply this logic to a puzzle, who's encypted text was cicessrt and key was cantwait, and all I got was gibberish:

The answer is actually meant to be

[I'll ditch the spoiler markup here, because this isn't a puzzle. This post does contain spoilers for the mentioned puzzle, though.]

The Polybius square for that alphabet is:

In the puzzle, you have the Vigenère key

and the encoded text

Look up the c row until you find C, which is in the s column. The A in the i row is in column t. The N in the c row is in the A column. And so on.

The alphabet for the key phrase "The quick brown fox" is:

5
Have You Tried Turning It Off And On Again? (Vigenere cipher)
8
A geometric transposition cipher
4
A binary puzzle from 1950
14
What is R4DI0H34D saying?
9
Grandma's cipher
4
Pigpen cipher decoding makes no sense, can somebody decode it?
3
How do I solve this Vigenere cipher. Unknown key
9
Where do I live? A trail of keys
1
How to create a code ring for 2 separate encryptions?