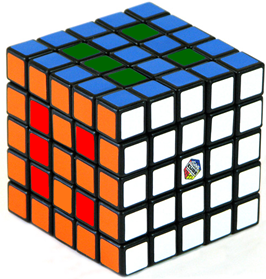 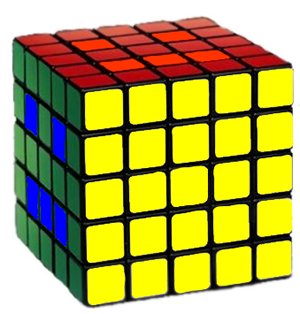 Edit:
The the smileys on the hidden faces are the same as in the opposite face. If you look straight at the smiley -_- and turn the cube $180^\circ$ on the y-axis the smiley is orientated exactly the same -_-. Example when turning the cube as mentioned with yellow on the table you see red/orange smileys oriented correctly and the blue/green smileys orientated $90^\circ$ wrong.

Notation
From left layer to right layer:
$L~l~m~r~R$
From upper layer to down layer:
$U~u~M~d~D$

This is brute-force approach, but it will work:

I suppose you can solve the cube entirely. Then you can make smiles in the same way, just imagine that they are the solution.

If it is too hard to imagine, you can use stickers: