Instructions: Answers are entered normally in the grid, but there are clashes. Some clues contain extra letters in the wordplay that are not entered in the grid; when taken in order they provide instructions on how to resolve the clashes. After resolution solvers must identify a cryptic representation of an event. Clue numbers without extra letters in the wordplay may be treated similarly (but not identically) to obtain a relevant detail.

The green tick requires the event and the detail. 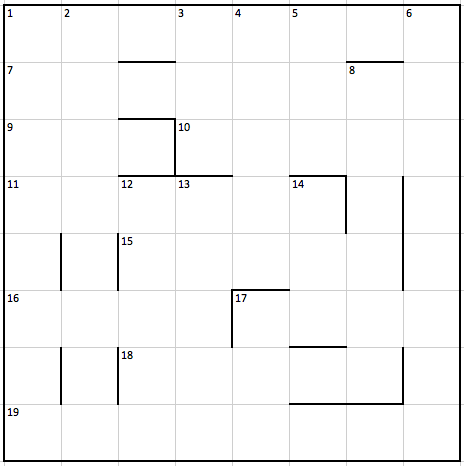 1.Keep away from light: dish contains base fish (8)

16.That is essentially wrong and inflexible (4)

1.Ruling party of 8s lawyers: first one in the hot-tub is tense (8)

2.Conferencier routinely found in the middle of bull-ring (8)

14.Timeless sequence of movements of itself (3) 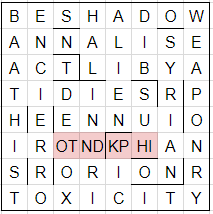 the Iraqi invasion, which started the Iran-Iraq War - you can see in row 6 of the grid, IRAQ (the location of the clashes) has literally invaded IRAN, so we have IR(IRAQ)AN. This puzzle was posted on September 22nd, the 37th anniversary of the event.

In the grid we can see other related words, some of which could be related to the "relevant detail":

The BA'ATHIST party ruled Iraq at the time. SYRIA and LIBYA (two of the three un-extra-letter-having entries) had allied with Iran. Other potentially relevant words include WEAPON(RY), (ti)DIES, and ALIEN. (ACT is the third entry that does not have an extra letter, but it could be referring to any number of things.)

The "relevant detail" may be that:

the modified clue numbers are 8, 9, and 10, and the year that the invasion happened was 1980. (I note that this makes "SYRIAN ACT inside LIBYA", though I can't think of any particular act this may be referring to.)

Here's my progress so far.

1.Keep away from light: dish contains base fish (8)

ENSHADOW = Keep away from light. To dish is to ENDOW, which contains SHAD, a staple fish in many diets. Missing letter: D from enDow.

16.That is essentially wrong and inflexible (4)

ORION is a hunter. A big cat is LION, and beheaded is ION. I haven't figured out the "versus men" part yet. Probably has a missing letter.

LD50 is one measure of TOXICITY. Poisonous = TOXIC, me = I, River = TYE. Missing letter: E

1.Ruling party of 8s lawyers: first one in the hot-tub is tense (8)

2.Conferencier routinely found in the middle of bull-ring (8)

HAL is the computer from 2001. Robust is HALE. Missing letter: E.

Incompatible is ALIEN, an anagram of SALINE minus the S. Missing letter: S.

Kids claim things using DIBS. And to DIB is a way to fish. Missing letter S.

SYRIAN is middle east. An AMIR is a gentlement going up inside SYN - short for synthetic and "clothing" (around) AMIR. Missing letter: M.

INDRI is a short-tailed lemur, which is MIND+RING, with mind "tailed" (dropping the M) and ring "tailed) (dropping the NG). Alternately, the RING is tailed twice to drop both G and N and the clue has a missing letter M, but that would be three M's in a row.

14.Timeless sequence of movements of itself (3)

I think this is PIC for "Snap", but I'm not sure how it fits the rest. I'm assuming there's a missing letter.

I'm vaguely worried because I haven't found any clashes yet, though my current ending letters for 16 Across are not very nice.