Inigo and Vizzini are to have a battle of wits to the death. The rules are:

Vizzini could just randomly decide whether or not to trade, and this will give him a 50/50 chance of winning. But Vizzini of course has a dizzying intellect, and might be able to come up with a clever strategy which lets him do better...

Who does this game favor? What are both players' optimal strategies?

A possible strategy for Inigo is to

Always give Vizzini the number that is closer to 0.5.

For Vizzini, this means that

We already know that Inigo’s chances to win are at most 1/2.

The only strategy for Inigo to keep the chance of winning at 1/2 is by giving Vizzini the number closer to 0.5.

To see this we need some math

Let $X$ and $Y$ be the two random variables. 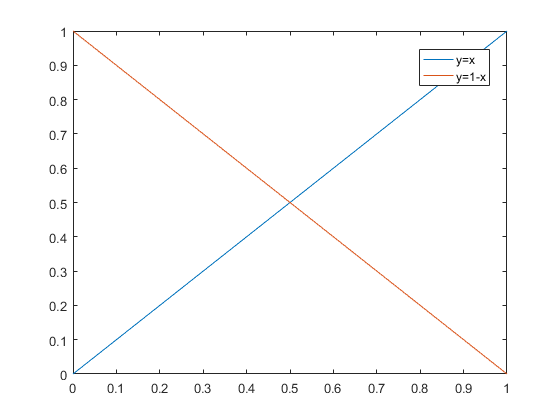 Any other strategy could be exploited by Vizzini, but this strategy makes sure that Vizzini might as well flip a coin to decide whether to trade or not.

Above we assumed that Inigo uses always the same strategy. We can show that the same applies also for more sophisticated strategies.

We can instead assume that Inigo uses different strategies with different probabilities (any other strategy could eventually be described from Vizzini's point of view this way).

Any such combination of strategies can eventually be written down as having a random variable $T_{x,y,N}$ describing whether for the $N$th pair of $(x,y)$ given to Inigo, he chooses to give $x$ or $y$ to Vizzini.

After that everything in the above calculations stays the same, including the constraints on $|G_x|$ and $|H_x|$ so we arrive to the same conclusion, and $t_{x,y}\in\{0,1\}\quad\forall x,y$.

I knew this wouldn't necessarily be his optimal strategy, but I thought it would enough for him to do better than the random strategy described in the question, regardless of Inigo's strategy.

However, this doesn't work as stated because for example: if Vizzini chooses to keep all x > 0.5, and swap for all X < 0.5, (which is an example of my assumed good-enough strategy) then if Inigo was using the strategy

send larger number if both randoms are < 0.5, otherwise send the smaller number,

...it would be disastrous for Vizzini. Hmmm... So my next best bet is that Vizzini chooses any strategy in which

Since it is not mentioned that they can or cannot change their strategy in the middle of the game, I will assume they decide a strategy at the very beginning and sticking with that until the game decided. So It is like there are two machines, and two computer guy put a code how they play and they see who wins:

So Vizini's strategy should be

If Vizini gets bigger than $.5$ stay on that number, if he gets lower or equal to $.5$, change his number.

Inigo also knows this information, so he needs to think a way to win over this. There are some possible way to fight over this:

If he gets two higher number than $.5$, give the lower one, so Vizzini will need to stay his number to increase his chance to win.

If he gets two lower number than $.5$, give the lower one, so Vizzini will need to change this time and Inigo will win.

As a result of these strategies:

Their win chance becomes 50-50, and noone is in favor since getting one lower than $.5$ and the other one bigger than $.5$ is equal to both numbers less than $.5$ and/or both numbers higher than $.5$. Though Vizzini can increase his chance a bit if he stays after getting between $.4$ to $.5$, or change after getting between $.5$ and $.6$. But Inigo can also see this strategy and change his strategy accordingly, then Vizzini can go back to the original methodology, but in the long run, this will not change the actual result. But in the short run, Vizzini will have a slight higher chance to win.

Not the answer you're looking for? Browse other questions tagged strategy probability game or ask your own question.

36
Do better than chance

36
Do better than chance
4
One Hundred Prisoners and a Rubik's Cube
16
5 people each have 5 equal cards
9
Cheating aplenty at Build-a-Die 2017
4
Turn based Number game
7
Higher or lower?
0
Sub-puzzle: Master and Slave versus Bob the Violent but Honest Psychopath
7
Game Night at the Binomial Elks Club