You are on the North Shore of a river, and you want to get to the South Shore. In the river are 6 islands and 13 bridges connecting the islands and shores. However, a storm gives a 50% chance to each bridge to collapse before you cross (independent of each other). 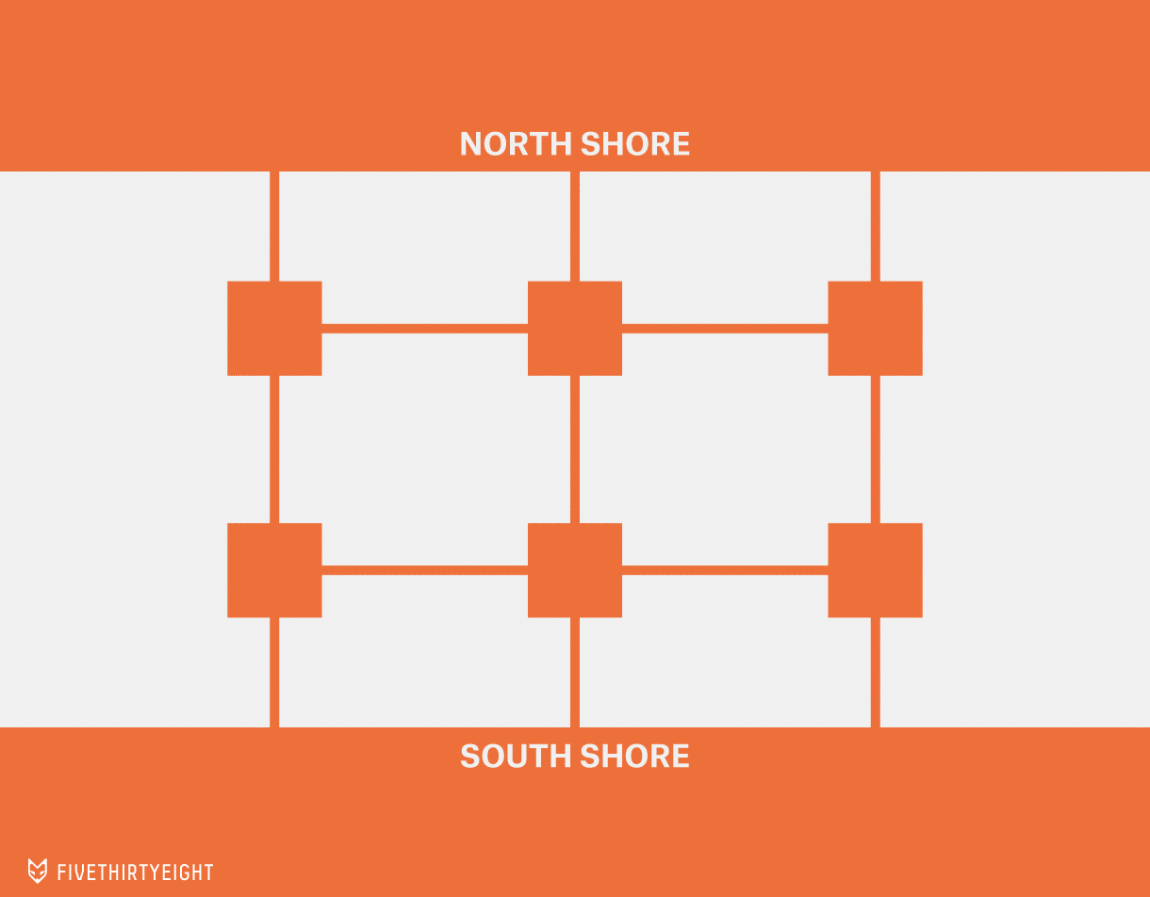 Some bridges are now collapsed (or they could be all intact or all collapsed). What is the probability that you will be able to make it over the river?

Suppose in a parallel universe, someone wants to cross from the West Shore to the East Shore at the same you're trying to cross from North to South: 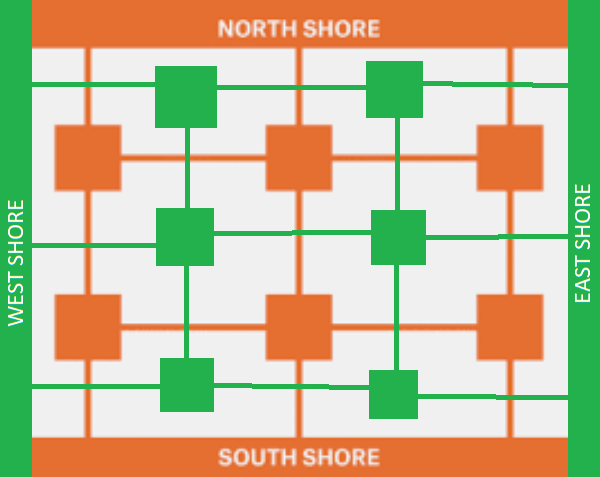 Instead of saying the bridges are destroyed, we'll say that for each bridge, either the orange bridge or the green bridge that crosses it are built. This doesn't change the probability that the North-South crossing is possible.

In this situation, clearly exactly one of you or your imaginary friend will be able to cross -- if a West-East crossing is impossible, this means West and East are separated by a path that goes from North to South, and vice-versa. Because the situation is completely symmetric, the chance that you will be the one to cross, and not the one in the parallel universe, is 50%.

There is of course, a brute force way to answer this problem if, as @glugglug asked, the probability of a bridge breaking is not 0.5.

If anyone wants to do all that out by hand with p=0.5 and see if the answer is also 0.5, be my guest, I may do it later if I'm bored enough.