What is the correct answer to this problem, and what is the reasoning behind your solution? 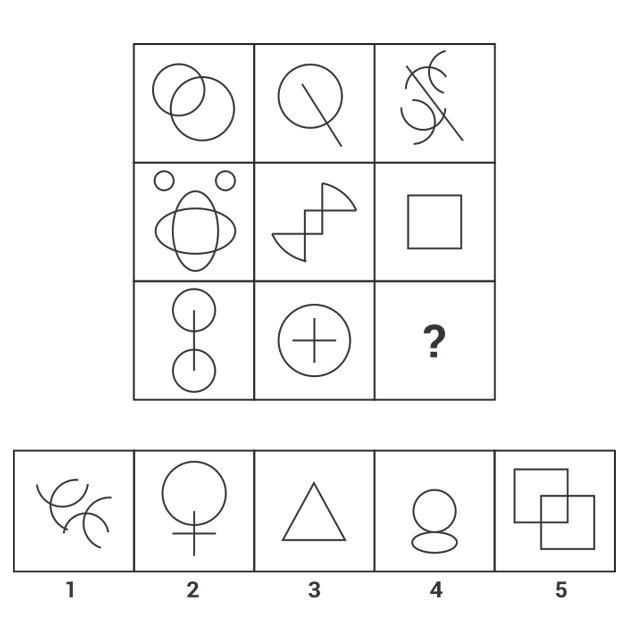 I came across this puzzle a while back and it gave me a hard time but I think I solved it.

Here is my logic

We see a trend.

Now for the missing image

I agree with ezbm, the proposed answer is internally inconsistent. It does not have the characteristic property that when you find it, you know it's right without any doubt. The 3-2-1 sequence introduces doubt.

I can propose another answer but I believe it also fails the "without any doubt" test:

However this answer is also unsatisfying. One would like the correct answer to require use of all the information presented, and this answer ignores the first box in each row.

Also, ravens matrices usually makes sense in both the vertical and horizontal rows.

I think it is the first one, though I am not sure this is the most fitting solution . My take is this: in each row, there are 2 symmetrical images and one that's asymmetrical (3rd and 2nd image in 1st and 2nd row, respectively)

I know this explanation might be hardly satisfactory. As ezbm points out, raven matrices usually make sense both horizontally and vertically. If 1 is the correct answer, vertically there appears to be no visible patterns. However, it seems there's no way this puzzle may be explained from a shape-perspective. The first image in the 2nd row is just too weird to make sense.

3
Can a “select a missing 3rd symbol” puzzle made at least a bit difficult?