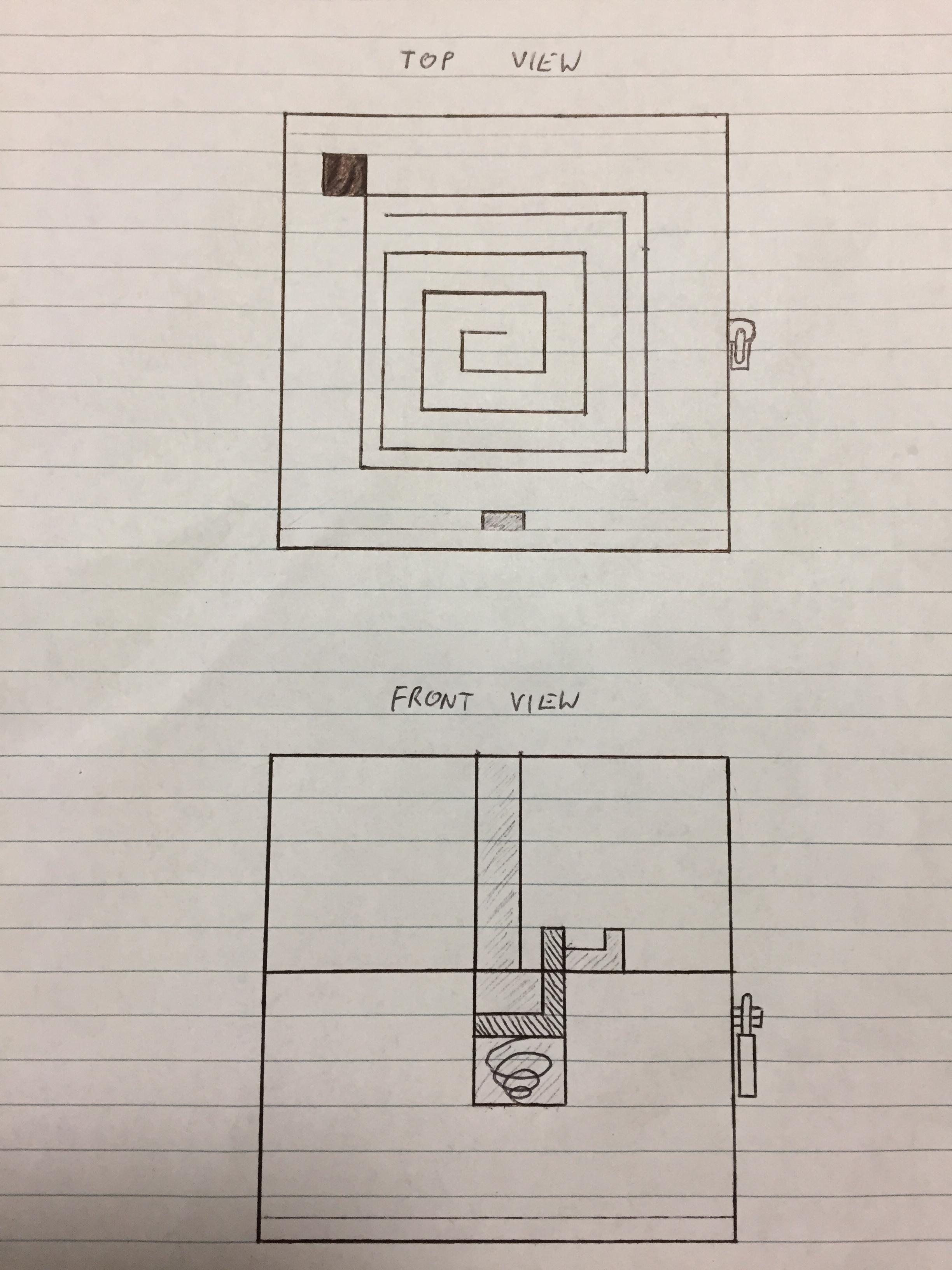 The top face has a shallow hollow (about 1/2 a unit deep), with a spiral pattern printed inside of it. There is a black square on the corner of the hollow. A small hole (too small for your fingers) extends behind the plexiglass front face.

The front face is clear plexiglass, and you can see the inner workings of this side. A horizontal fault line extends across the entire side. A spring loaded L shaped piece can be seen. 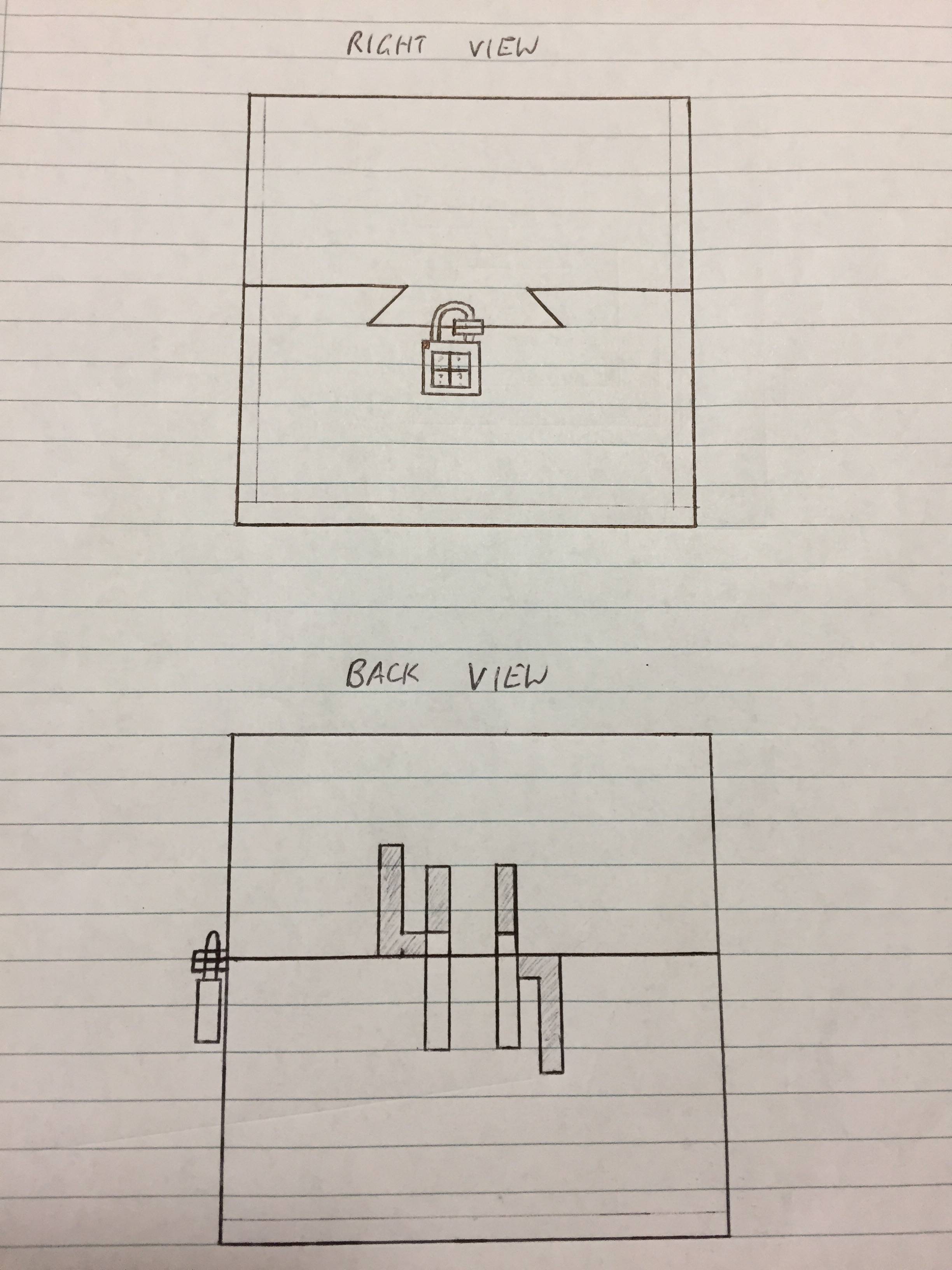 The right face has a dovetail shaped fault line, with a lock joining the upper and lower halves. The lock requires four digits, to be entered into a two by two arrangement of squares.

The back face, similar to the front face, is also clear plexiglass, with a horizontal fault line. Two pins that freely move due to gravity are stuck inside '4' shaped channels. 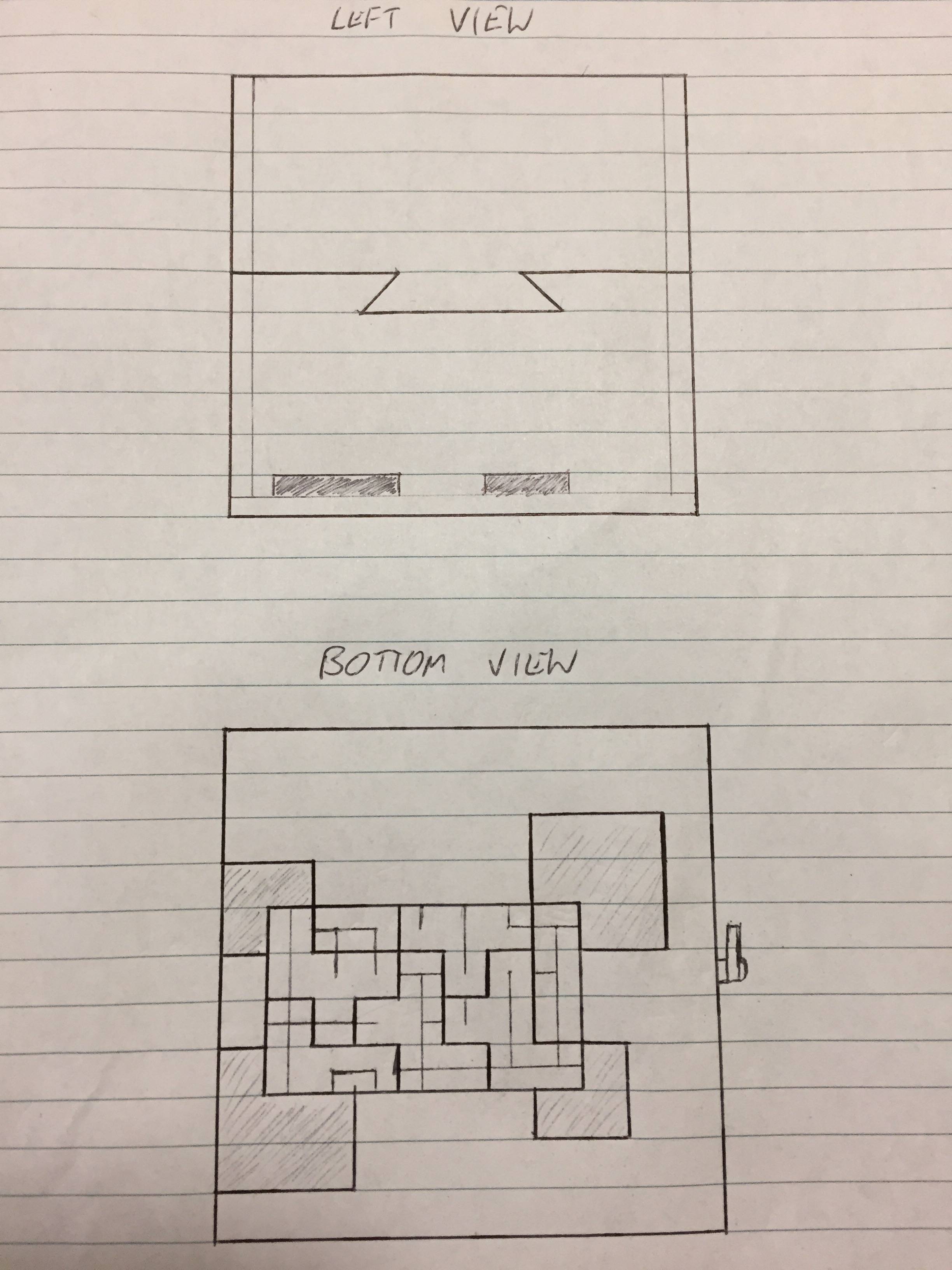 The left face, similar to the right face, has a dovetail shaped fault line. There are two slits at the bottom that extend behind the bottom plexiglass face.

The bottom face is plexiglass, and several polyominoes can be seen behind, forming a rectangle. There are square shaped hollows at every corner of this rectangle. These polyominoes are opaque and have etchings on them that can be seen from one side. Despite being inaccessible to your large fingers, you seem to have mental control over the movement of the polyominoes (provided that such movements are physically possible). This telepathic power only seems to work on the bottom face, unfortunately.

While solving this box, imagine yourself trapped in an empty white room with no tools.

Open the box by separating the halves.

The following hints are for the lock puzzle.
HINT 1:

The pieces should be placed on top of the spiral in a certain way.

The markings, once the pieces are placed correctly, will reveal four numbers for the lock.

There should be no 'unmatched' edges - the only dead end line segments should be in the center of a unit square.

The domino fits vertically in the top left corner, closing the spiral.

Say, couldn't the area enclosed by the spiral be split into 4 equal areas, one for each number on the lock?

First, we should remove the pieces from the bottom of the box. This is done as so:

and from here it's easy to pull the rest out with rotations and so on. (Thanks to Deusovi for making the spreadsheet.)
Now we work on the lock. For this, we will need the etchings on the pieces and the spiral on the top (since both the lock and the spiral have a black square in the corner). [This part I'm not sure what to do though.]
Having taken off the lock, we can now think about how to separate the two halves of the box. Clearly, due to the dovetail, we should move the top half left-to-right or vice versa (viewing from the front, with the top face on top). But we need to get the L-piece and the two pins out the way first.
To do this, we work as follows; set the box so that the back face is now on the bottom. Spin the box clockwise; this will force the pin nearest the original left face nearer the original top face and leave the other pin where it is. Let us now assume the original top face is on the back.
Then, insert the domino into the slot in the original top face, followed by the triomino and then the long part of the L-tetromino (hold it down). This will push the L-piece down far enough that the original top half may now be moved; move it leftwards one unit and no further. (Otherwise, the L-piece and the domino will spring up into the small indentation to the right of the opening, and the box will be jammed for good.)
Now spin the box anticlockwise; this will push the pins on the now-bottom face into the longer halves of the 4-shaped channels. Finally, push the original top half of the puzzle to the right, and the box should open.

Solution for the padlock:

As mentioned in a hint, the code for the padlock can be found by placing the polyominoes on the spiral in a certain way. Specifically, the code should appear as four numbers in a square shape. The mark on the corner of the spiral must be in the upper left, as suggested by a similar mark on the padlock. I'll label each block as follows: 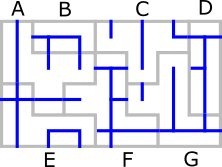 The markings look a little like pieces of block numerals. Block F seems like it has the numbers 2 and 3. The T-shaped intersection means it can only be placed at the top of the grid, if the grid is to contain four numbers. 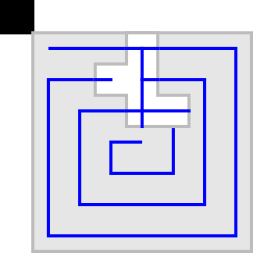 Blocks A and G seem to complete the numbers 3 and 5 respectively, so let's put those down. 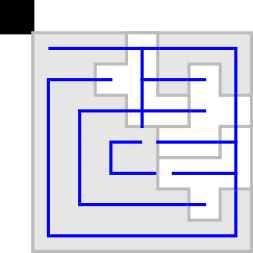 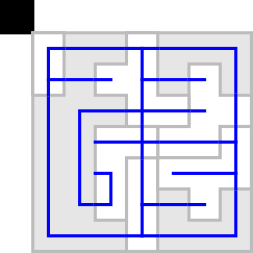 Finally, block C can complete the 2 and 0. It seems to be missing a line, which I can only assume is a mistake. 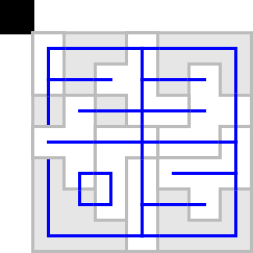 The resulting markings read "2305", which must be the code for the padlock.

Not the answer you're looking for? Browse other questions tagged enigmatic-puzzle visual mechanical-puzzles locks or ask your own question.

4
What is the largest, compact connected-network polyomino for these tiles?
46
A-maze-ing Dice
4
Engineering drawing put to some good use
18
An Alien Message
4
The Hole Shebang
5
An "XL" puzzle: A different way to design overlapping shape puzzles
19
Just another day in the Shack
17
Graylocke's Rotting Marble Box
8
Taping a cardboard square is getting me fired!