Your task is to turn 'one' into a letter representation of 1066 (the year of the Battle of Hastings):

You can use these background and matchstick images in your answer if you're into that sort of thing.

One possible solution is

And if we're counting moves:

Four moves are needed. Move the left bar of the N to the left of the O to make the 1, then move all three arms of the E to form the second VI, leaving the back of the E as the I in the first VI. 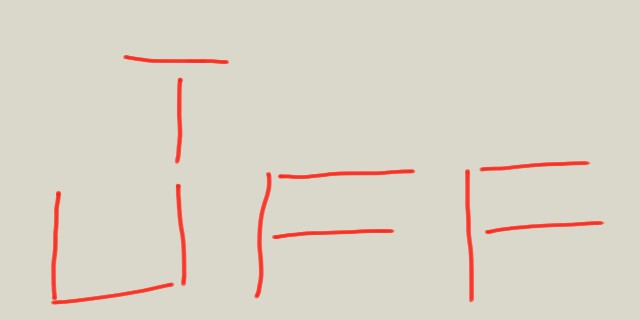 The minimum number of moves is

6 with a slanted letter or 7 without 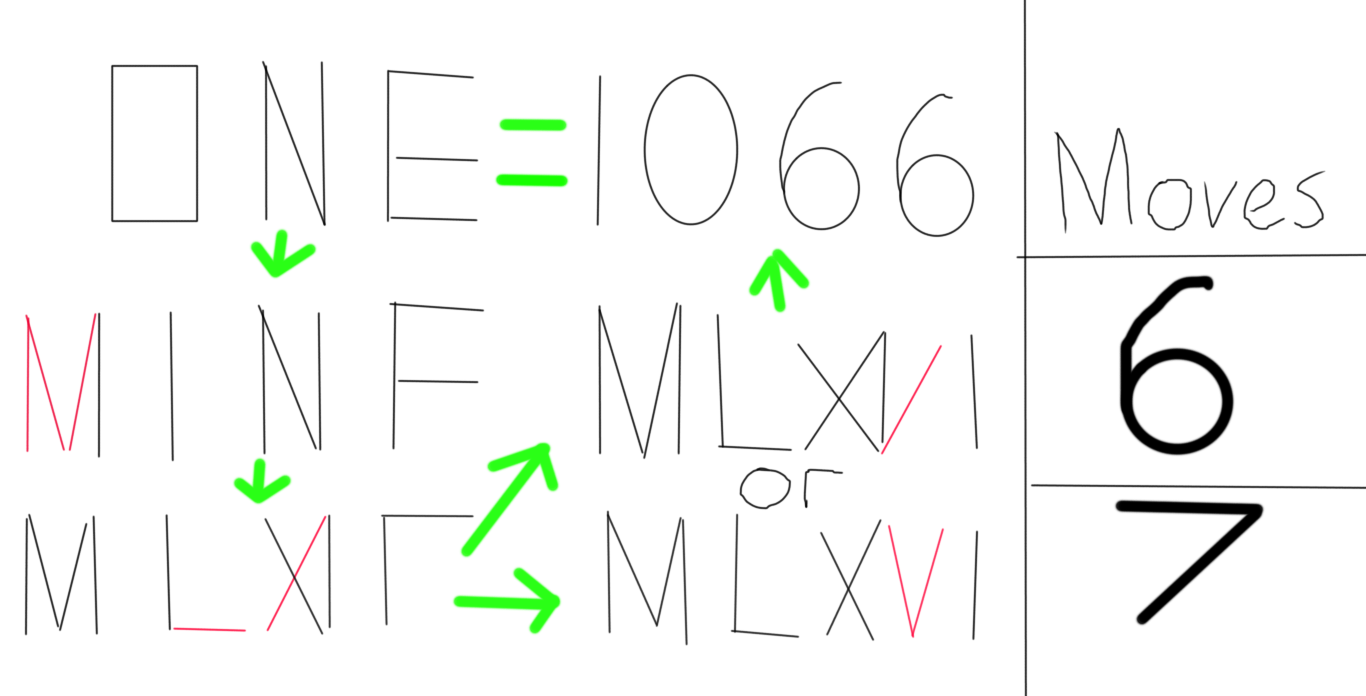 Taking either 6 or 7 moves.

This is the minimum because

'ONE' only shares 5 matchsticks in common with 'MLXVI'(slanted V version) - meaning that the other 6 have to be moved. Therefore 6 is the minimum. Here is a diagram:

You can see there are only 5 matchsticks (black) that are shared - and the other 6 green matchsticks have to be moved to red.

I previously thought it was 8: 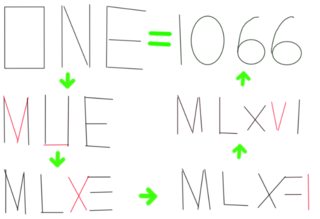 A (perhaps cheap) solution in 2 moves:

If you rotate your point of view, you'll find the characters 4, 2, and A stacked one on top of the other:

Admittedly, the 2 looks more like a Z, but is still somewhat believable.

20
1 in, 1 out (The Security to the Party Maze)
16
Rotationpuzzle in hex - The journey beyond the tomb
16
Treasure hunt 'round the world! (clue 4)
32
Rebuilding the Rio 2016 Olympics logo
22
Monte Carlo Chess
11
Checkmate all the kings #2
7
The Boy of Fire: The Final Battle
18
Chain Puzzle: Tabletop Games #05 - It's Yahtzee, Jim, but not as we know it
15
Cartological Cats: A Snaky-Loop Grid Puzzle with Cat-Shaped Matchmaking Clues
17
Efficient Mowing at PSE