Ernie and the Uneconomical Flat-breads

When I arrived at Ernie's place last weekend I had some exciting news for him. "did you know", I announced "that a new Kzijekistanian fast-food shop has just opened in town?". "I did", Ernie replied, "because this just arrived in the letter-box", and he held up a glossy flyer that announced: 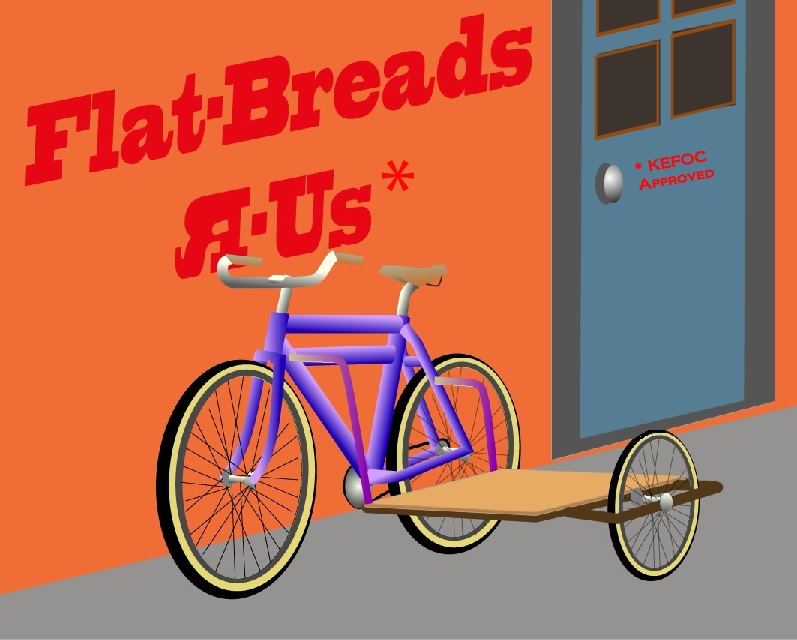 In accordance with regulations of the Kzijekistanian Ethnic Food Committee (KEFOC), each flat-bread is precisely 1.000 m diameter and will be delivered to your home on a square cardboard tray** designed to keep the bread crisp and fresh as possible (Note: dimensions of the tray will be the smallest possible to minimize any over-lapping or under-lapping of your pre-cut*** flat-bread. (Note: Flat-breads will only be placed one layer deep on the tray)

"I ate those when I was visiting Kzijekistan," said Ernie, "very tasty - and $10 seems to be a very fair price too!".

I scanned down the flyer to the small print:

*Free delivery within 3 km of the shop: In accordance with the wishes of the KEFOC our company has made a permanent arrangement with the local Cargo-Bike Appreciation Club. In exchange for bicycle-delivery of flat-breads, the KEFOC will provide free jerseys and accommodation for club members competing at the Annual National Cargo-Bike Olympic Trials. Your orders will help them in training so they can bring home this year's ANCBOT cup.

"That sounds like a noble cause, shall we order one for lunch?", Ernie asked.

I scanned a little further down the flyer:

**In accordance to the demands of the KEFOC, our company has declared itself to be carbon-neutral. In the interests of minimizing packaging waste, there will be a surcharge of one cent per square cm of cardboard tray that is not covered by flat-bread (surcharge rounded down to the nearest cent).

"But that is preposterous", said Ernie, "an un-cut flat-bread would cost an extra $21.46 in packing surcharge! There is no way I would pay that much for one".

I scanned down a little further:

***As directed by existing KEFOC regulations flat-breads can be pre-cut and optimally re-arranged to fit the smallest possible square cardboard packing tray. Each cut**** must be straight, must reach from circumference to circumference, and all cuts must be made before any pieces are moved or re-arranged.

"Well that solves the problem" I replied (feeling very proud of myself), "all we need to do is order a flat-bread with 99 evenly spaced vertical cuts and 99 evenly spaced horizontal cuts. The little 1 cm squares (plus extra edge bits) would certainly fit into a box no more than 90 cm square..." (I did a quick calculation on the back of an envelope) "...so we wouldn't be paying more than $2.46 for the packaging".

"That is a ridiculous solution!" Ernie replied scathingly, "Firstly, I don't want lots of tiny splinters of flat-bread - I want nice big bits wherever practical, so the minimum number of cuts would be preferable, secondly, the packing charges would still be too much, and thirdly you didn't read the final bit of small print."

I scanned down to the end of the document:

****in agreement with KEFOC edicts, the company must charge a cutting levy of one cent per cut.

"So you would be adding an extra $1.98 just in cutting charges" Ernie explained. "To be honest, I wouldn't be happy eating it unless the total cost of extras (packing surcharge plus cutting levy) made up no more than 10% of the total bill." In the end we decided to order pizza instead.

Now I know Ernie does love Kzijekistanian flat-bread and it would be great to surprise him with a home delivery next weekend. But I know he won't be happy if it is too expensive - even if someone else is paying the bill. Can anyone think of a way to cut the bread that will meet with Ernie's requirements?

Hint 1: Looks like a first hint is in order. Ernie and I did manage to find a solution (flat-bread was lovely and tasty), in which the positioning of the pieces of bread in the box had at least two planes of mirror symmetry (when looked at from directly above the box of course).

Hint 2: The round flat-bread, after it has been cut up, but before any pieces have been moved, has exactly the same rotational symmetry and mirror symmetry as it does after the pieces are rearranged and placed in the square box.

Finally, after 5 months of attempting this on and off, I have a solution that meets all of the requirements!

I'll go into a bit more depth below, but here's where the cuts are: 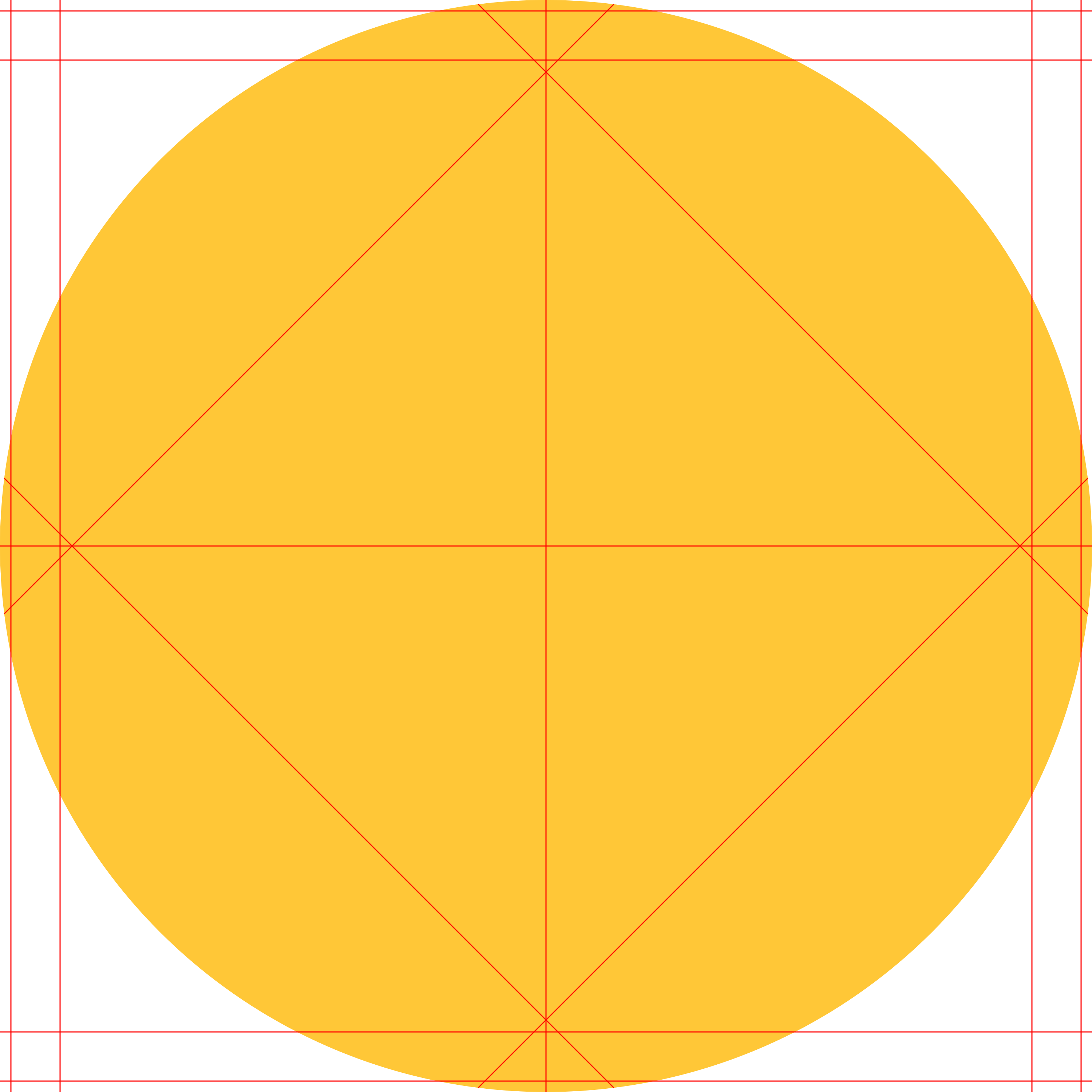 These pieces can be rearranged:

To fit in an 89x89cm box. While there are 48 pieces total, we'll treat some connected pieces as one, to make rearranging easier: 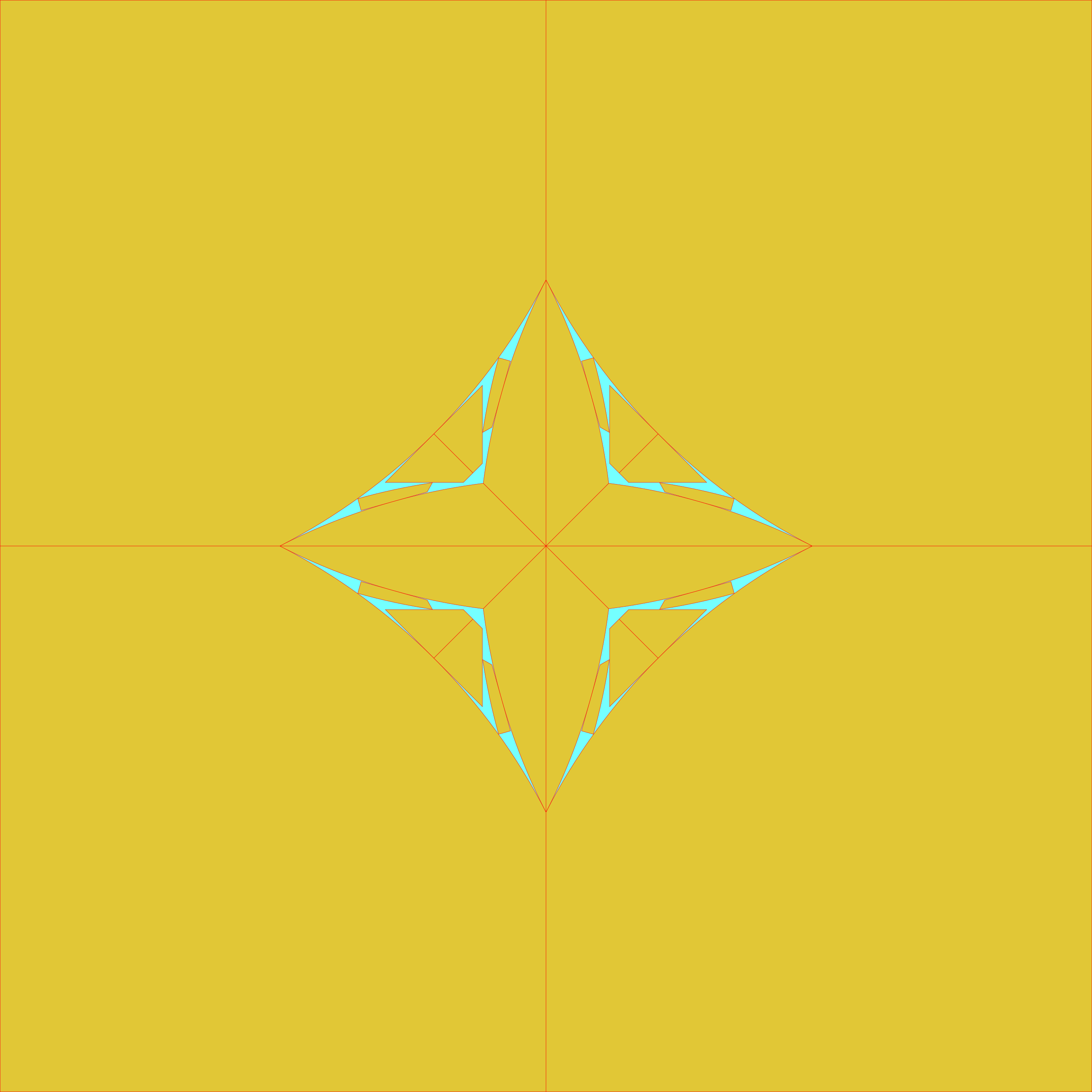 The total cost of this method can be calculated like so:

I found the area (that I used) for the box using a spreadsheet, where the first column has the desired edge length of the box, and the subsequent columns show area, wasted area, cost due to wasted area, and the number of cuts allowed with the given dimensions. I chose 89 cm per edge because it was a whole number that would allow me to make several cuts to get the pieces to fit.

The cuts are at:

This meant that the flatbread was: 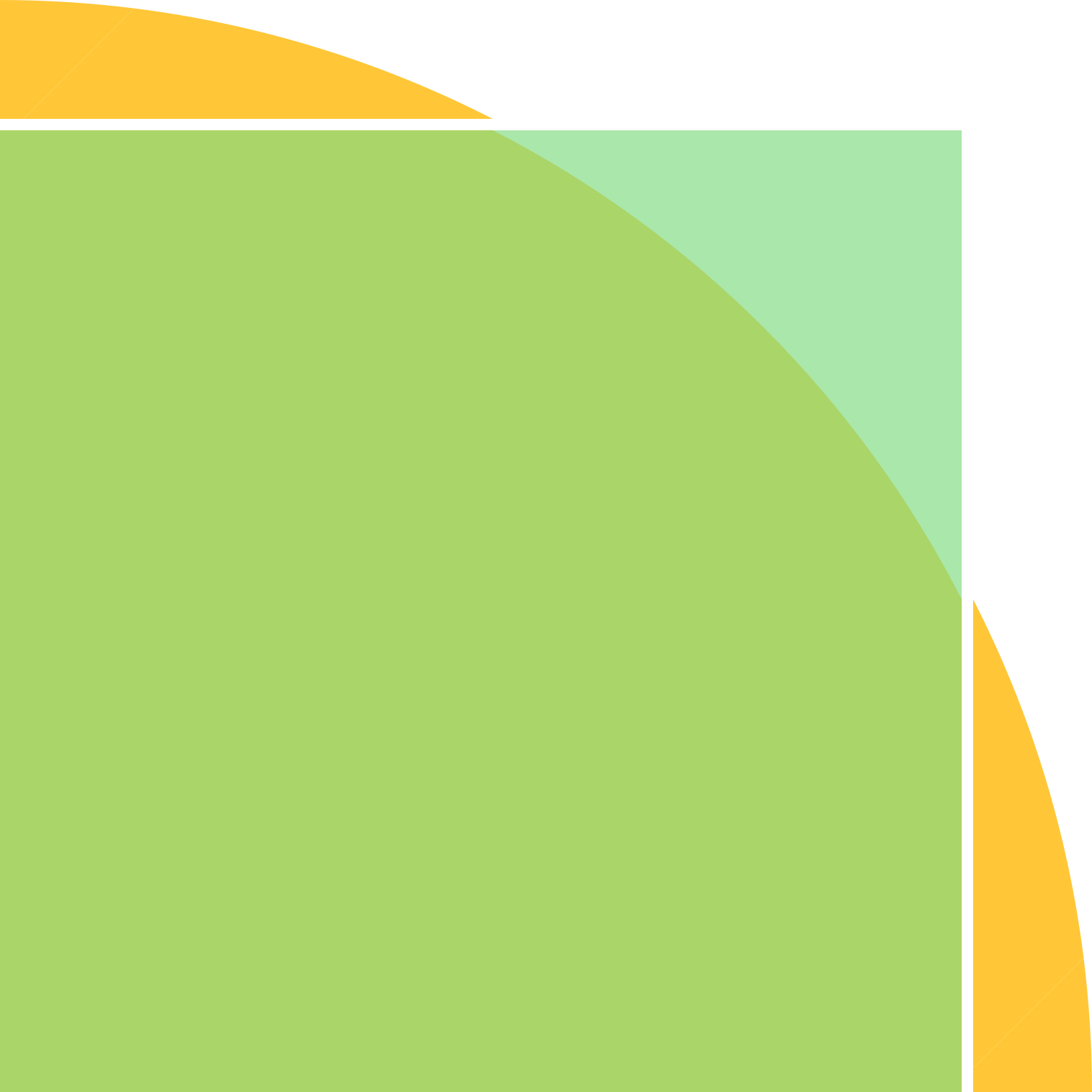 The rest of the pieces had to be cut down:

I liked how the right angle filled the edge of the box so nicely, so I made another one with the 45 degree cuts, spaced so that the entire perimeter of the quarter of the box would have flatbread on it: 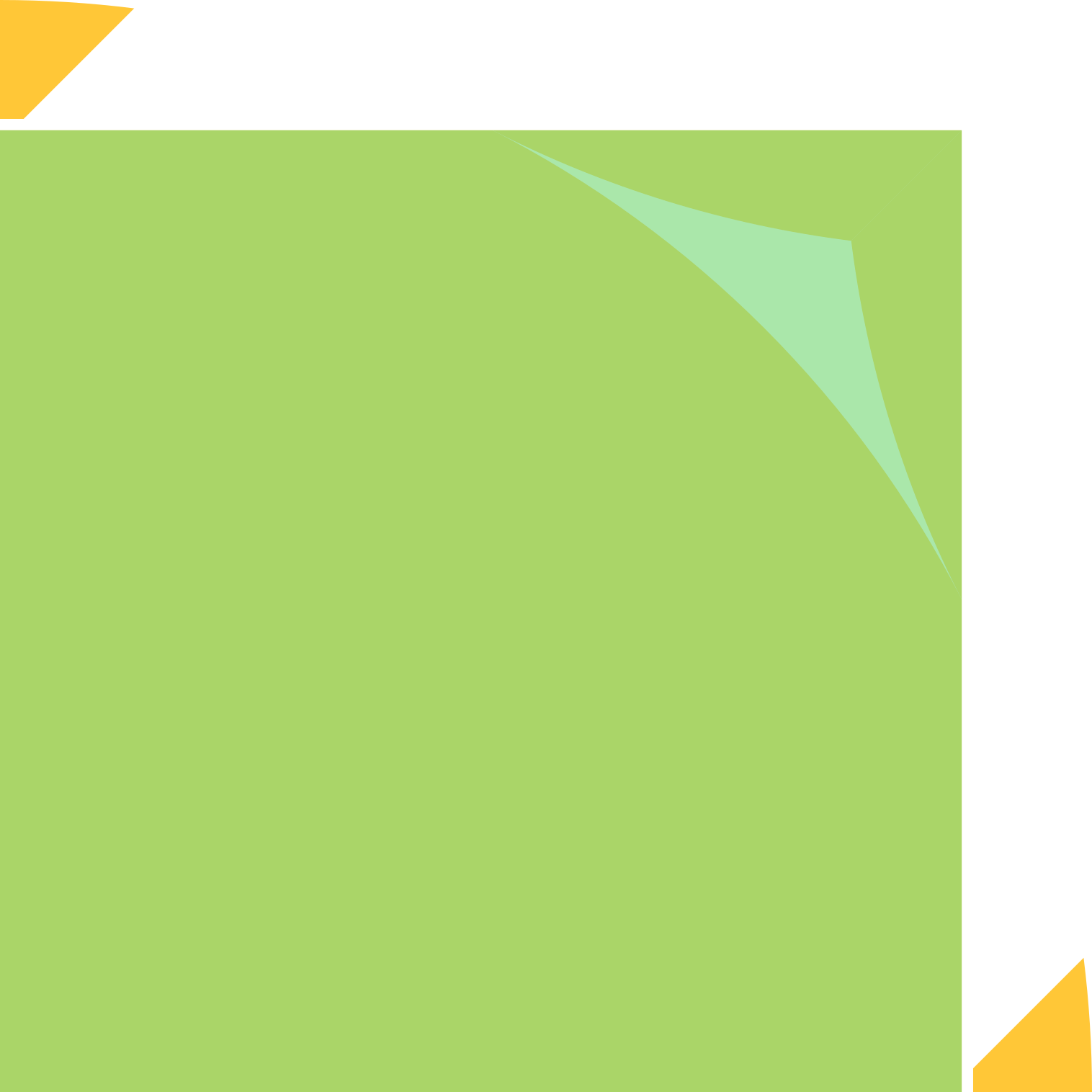 Unfortunately, those pesky pieces were still too big, so...

I added the extra cuts at 1cm from each edge, to make the pieces thinner. These were able to just barely fit without overlapping: 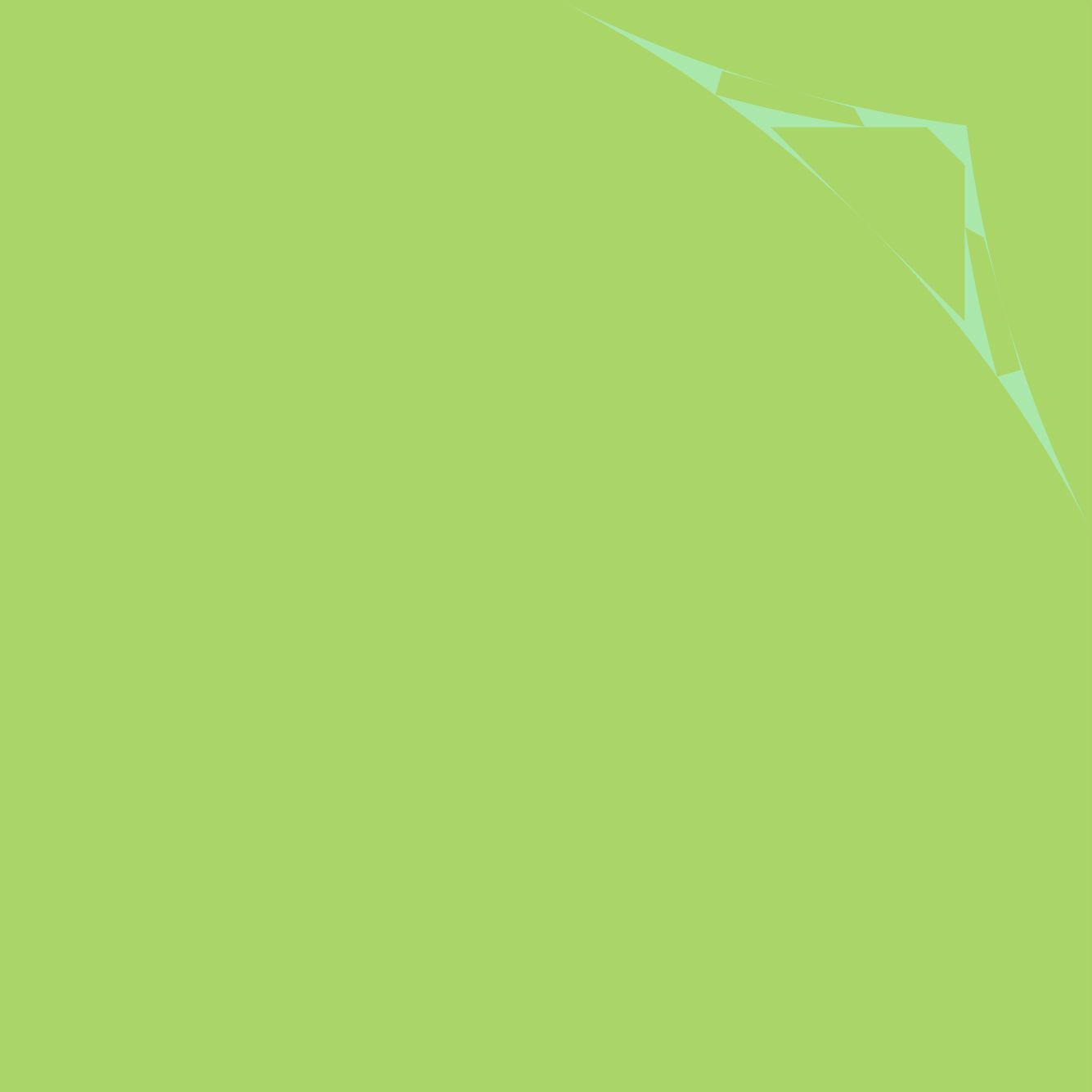 I don't know if this solution is entirely satisfying to me, because:

I had to rely on a graphics editor, as opposed to geometry equations, to fit everything in place, so I don't have a concrete proof that this works, but I'm still fairly confident that it does.

My first idea was to

Cut the flatbread into equal wedges and rearrange them, alternating which end is pointing up.

As you can imagine, there's still a fair bit of inefficiency in the packing, especially at the edges. A simple adjustment greatly improves this, without changing much of the math.

By making one extra cut, we can greatly decrease the length of the required rectangle. Except for very narrow slices, well worth the 1 cent.

We can find the area that this type of box would take by finding the width and height of the triangle defined by each wedge, and adding them together. 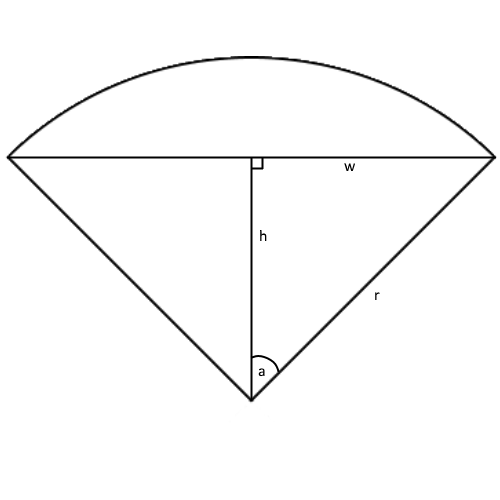 The total area of box required is found by combining the equations, to get:

We now know enough to find the cost of extras:

Plugging that equation into an excel sheet, we find that, using this method, we can meet Ernie's standard with as few as

After a couple of months Ernie finally gave up waiting for me to find a solution and sketched out the following so we could actually try the flat-bread at an acceptable price: 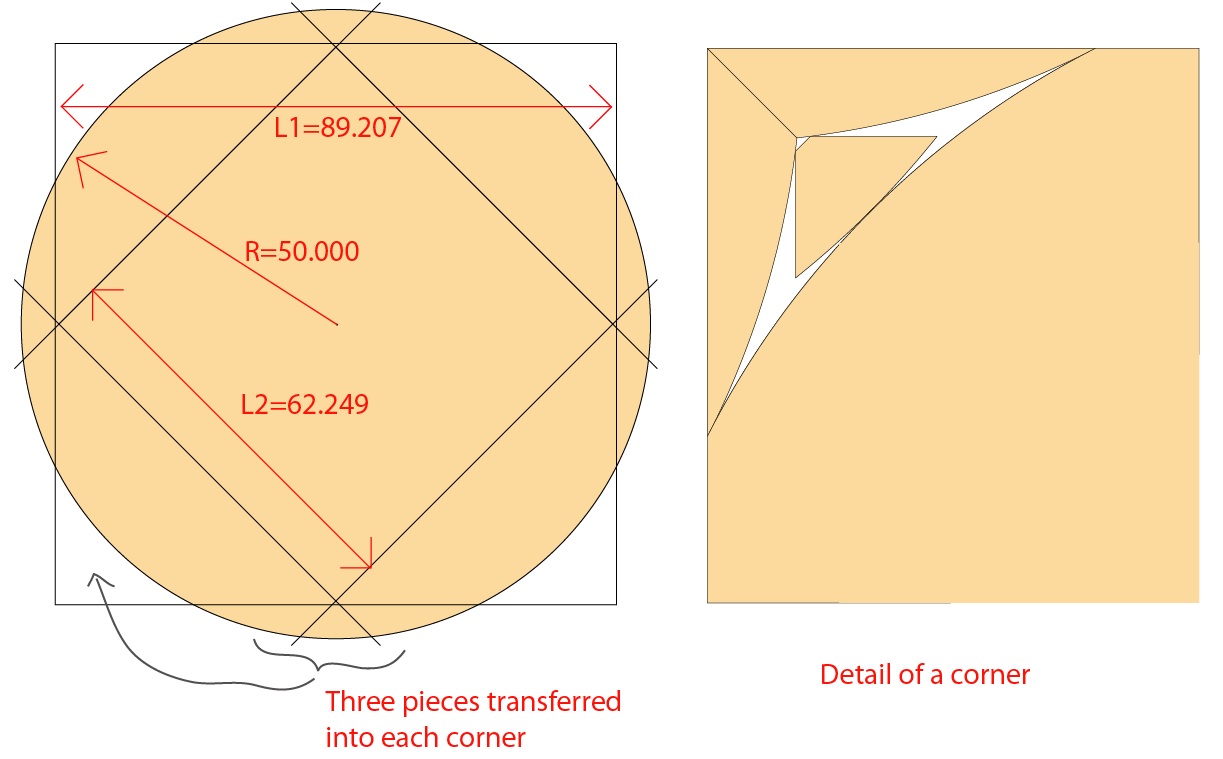 Looking at DqwertyC's solution, Ernie's is a little more expensive but when I quizzed him on it, he told me that he chose it because it met his requirements and he liked the symmetry (also it gave him a single unbroken piece making up almost 50% of the total area plus four more pieces of almost 10% each!). But he agreed that DqwertyC should win the tick.

Of course it all became irrelevant when he visited the shop again a few days later to discover that the price has gone up to $11.00, but now the flat-breads are sold in circular boxes exactly 1 m in diameter (imagine a very flat hat-box) for no extra charge. So Ernie is pleased that his favorite snack is cheaper, comes in one piece, and also claims that the used boxes are a perfect size and shape for archery targets (more on that later...).

I don't know what to write that shouldn't be under a spoiler, so:

You totally can order your food.

Just get them to cut the pizza into 1.84cm strips. They'll then fit end to end int a box that's 1.84cm x 85.4cm (It probably would fit in a smaller box, I got the length by just adding all the rectangles it takes to hold each strip). This will result in wasted cardboard of 47 sq cm and 53 cuts. Therefore, you spend $1, which is 10%, the max you are allowed to spend.