When solving the Rubik's cube using the beginners method, the last step which solves the last layer edges only requires 1 step of the algorithm if one face is already completed.

My problem is that when I have a complete face, I have to do the algorithm twice to solve.

What am I missing? 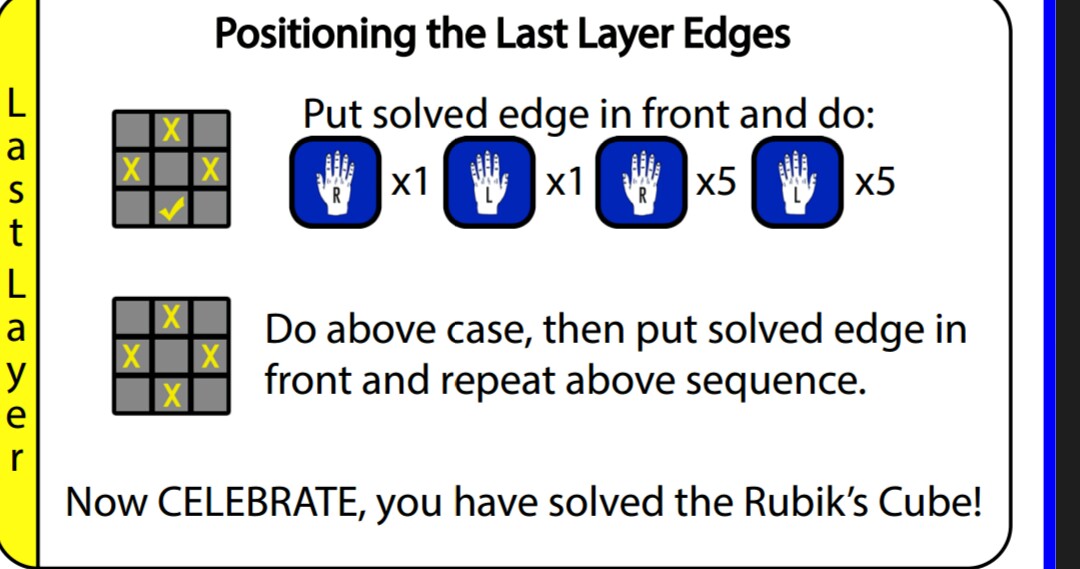 I don't know how to read that algorithm, but from the pictures it looks like it does a 3-cycle of edges.

In the second case where every edge is wrong, doing the algorithm once will solve one edge. You are then in the first case situation where you have an even chance of needing to do it twice instead of once.

2
What are the specific algorithms Feliks Zemdegs uses to solve a 3x3x3 Rubik's cube?

8
How can I fix “stuck” positions on the Void Rubik's Cube (using the standard beginner's method)?
12
Flip edge in Equator layer
9
Swap the edges in a solved Rubik's cube
12
Rubik's cube without any algorithms
4
How to “pop one out” on a Rubik's Cube?
7
Is there a Rubik's scramble generator for the top layer only?
7
How do I solve the top yellow layer of the Rubik's cube?
2
5x5 Rubiks Cube edge algorithm