Riddle - Where am I hiding?

I was approached by a mate who wanted a riddle to use on his prospective girlfriend on a date to ask her to be his girlfriend.

Here's an image for some tips (Hint's because people may not be from Brisbane, Aus).

The lake has a fountain in the middle

The building in the middle, toward the left pathway is a waterfall 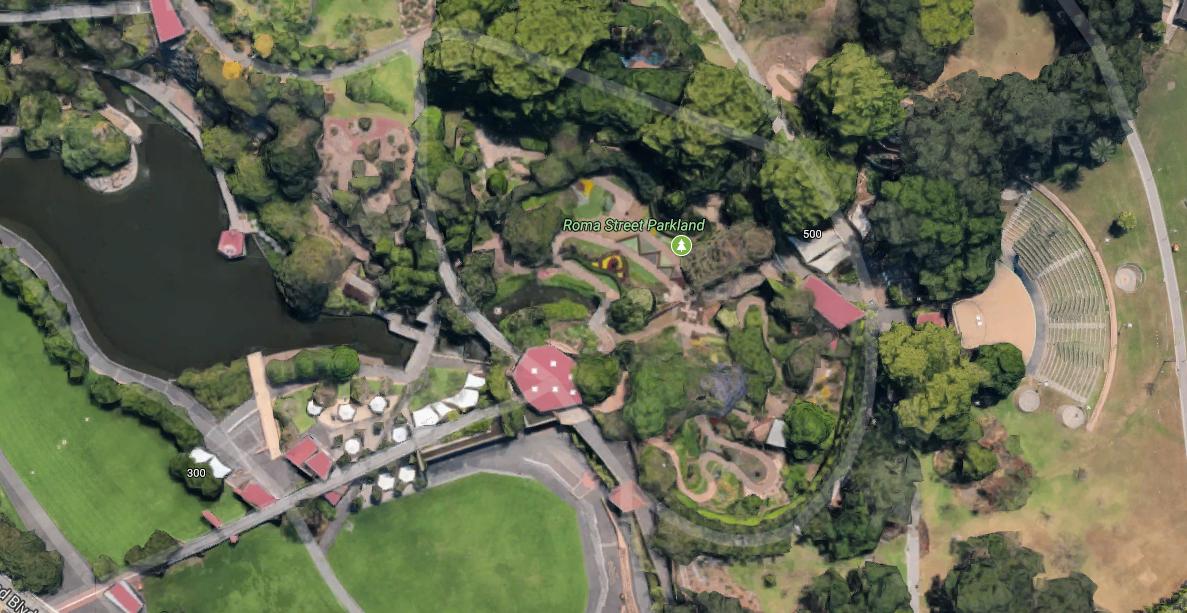 He is located at

the Middle of the Open Air Theatre

The reasoning is as follows: Where the water trickles

And the water spouts

Water spouts at a standpost (aritifical one) or from a fountain (can be natural / artificial one) into air, giving the second word as "air"

Between where the sound would be heard

Sound could be heard in an "theatre", usually a clearer sound giving this word as the third word of the location.

The next 4 lines are direct reference / clues to the location of the structure: which is the middle

The middle of the theatre

There is no greenery in the theatre, as we can see

Eliminating the non-green objects/structures..here includes is not maroon

Is open and clearly seen ...

Not the answer you're looking for? Browse other questions tagged riddle visual or ask your own question.

11
Where are we going?
69
Discover the meaning of life!
24
The Riddle of Life, to Ease all Your Strife
27
Ernie and the Pirates of the Caribbean
10
A Tone-Deaf Prophet
18
Where is he Hiding?
3
He is hiding a big smile
7
An eerie warning from the other side
8
The Boy of Fire: The Final Battle