I have a game on my phone (Circuit Scramble on Android) which is a game in which you need to work out what set of inputs and switch positions will allow you to power the "level complete" sign.

I have found one puzzle from the randomly generated section which I cannot find a solution for: 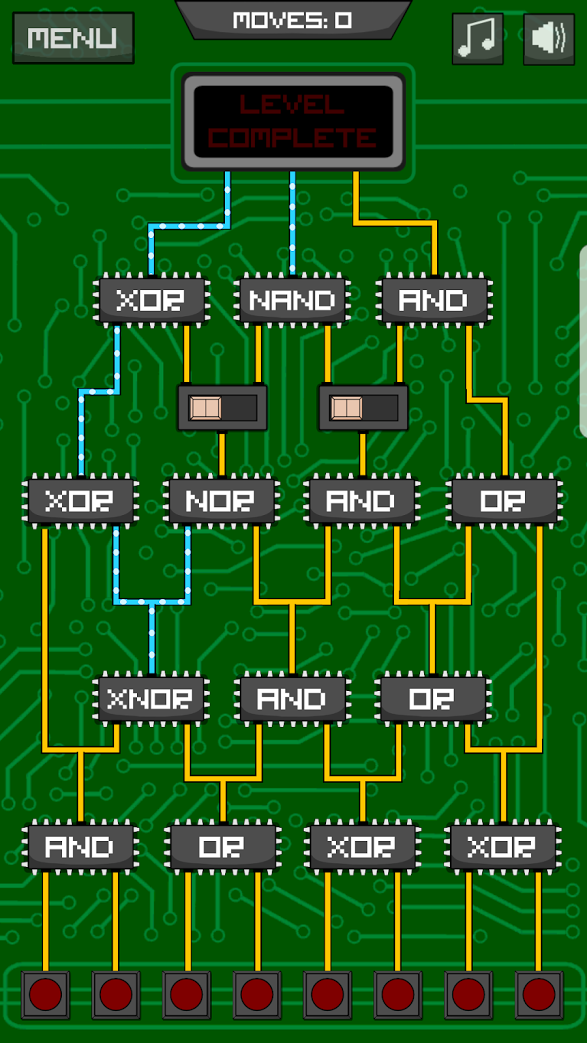 The options you have to choose from are to toggle any of the inputs at the bottom and to move either of the switches in the middle of the puzzle.

To complete the level all of the inputs to the top must be ON.

I've also created a play version of this on a cool site I found: https://simulator.io/board/F0aztyxm5D/1 - I couldn't work out how to do switches so you'll need to just add wires in to match the position of your switch. Also the NAND, NOR and XNOR are simulated by a NOT gate following the appropriate gate.

My current logic is as follows (hidden in case anybody wants to puzzle over it themselves first - please note that I believe this puzzle has no solution):

The AND on the top row must have both of its inputs set which means that likewise the AND in the row below that and the one below that must all have their inputs (and outputs) set. If we then look at the NOR gate in the second row because the AND below it must be outputting then it must be getting an input which means it will never output anything. This in turn means that the XOR on the top left must be receiving an input from its left hand connection.

This means that the XOR on the second row must be receiving one and only one input. This means either the XNOR on the third row must be outputting or the AND on the bottom left must be outputting. THE XNOR in question is already getting an input on its right terminal (the OR needs to power the AND) which means the only way it can output is if the left terminal is also on. However the left terminal being on means that the XOR above is now getting input on both its terminals. It is however obvious that we can't power the left wire without also supplying to the XNOR which we've just established is wrong.

So that's my logic that suggests this is impossible.

So the question: Is there a valid solution to this puzzle such that all three wires at the top are powered?

I also think this is unsolvable. My reasoning resembles Chris's:

I've also brute-forced it by computer; of course my code may have bugs but probably not the same bugs as my reasoning above. This displays intermediate results as well as final output.

Notice that no line of its output ends in a 1.

It's easier to see what's going on with a diagram. Working down from the top, we can see the following: 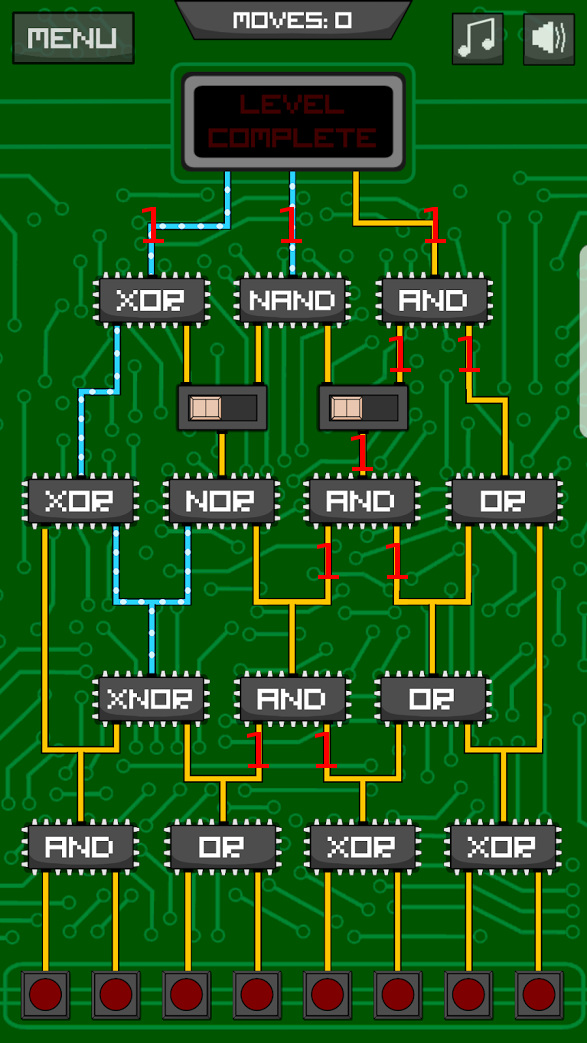 Then working up from the bottom (ignoring the right hand side, which is easy but irrelevant), we can see the following: 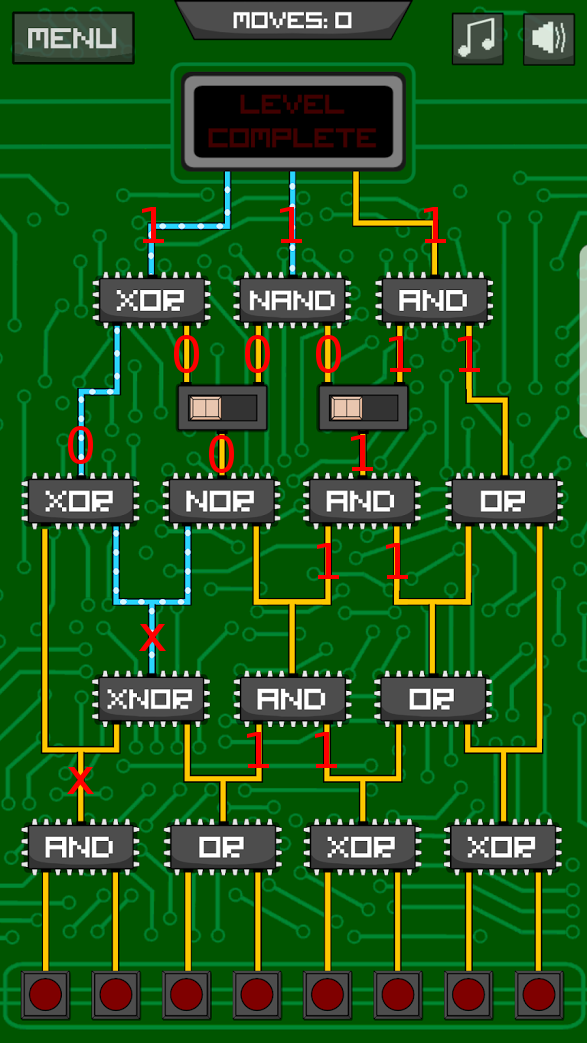 And we have a contradiction in the top-left XOR.

9
Is it Always Possible? Colour Flipping
16
3 gates and a drop of acid
10
Prime Circuit Optimisation
13
The damaged QR Code
5
Am I allowed to use the XOR operation for the "Three Gods Puzzle" AKA the "Hardest Logic Puzzle"?
4
Two Truths and a Lie: a logic puzzle
3
Stuck on a minesweeper supposedly solvable through pure deduction
12
Cross the Streams: Three?