Near-fill with 3x1 long triominos, how to do a different void square than the center square?

It's rather easy to fill a $7 \times 7$ board with 16 long triominos, leaving the center square void: see the picture below. But if I want to move the void square in another position, where else could I place it? 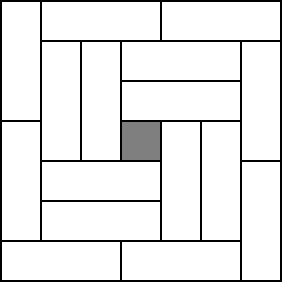 The trick to this puzzle is to: 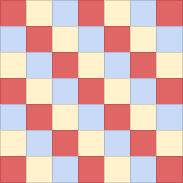 Any tromino must cover one square of each color. There are 16 blue squares, 16 yellow squares, but 17 red squares, so a red must be the uncovered one. This is true for the reverse coloring as well, which gives our final result: the only possible squares are the corners, the center of the edges, and the center.

(And here are those tilings: the center was already given, and the rest are obtainable from these by rotation.)

it could be (any) one of the corners: 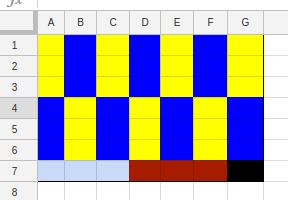 black one is the empty space.

it could be one of the center squares on the first/last row/column. 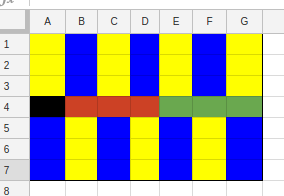 I was discussing colourings of the Cartesian grid with @Deusovi, and he posed a question like this to me, and I independently discovered my own colouring. This one is able to be used as an argument without needing to mirror it (it has mirror symmetry):

Counting each colour, there are 9 orange cells, 16 blue cells and 24 green cells. Each orange cell must match with exactly two green cells, and you can only match pairs of blue cells to a single green cell. Thus you cannot remove a blue cell, as it would cause an odd parity. If you instead remove a green cell, then you end up with 16 blue cells and 5 green cells after matching a every yellow cell to two green cells, and then you will always be left with 6 blue cells after matching each green cell to two blue cells. Thus the only option left is to remove a yellow cell. It is simple enough to fill in a rectangular region with one dimension as a multiple of three, if you just tile it with all long edges parallel to the dimension that is a multiple of three. Each position has a swastika or windmill pattern that gives four rectangles surrounding the removed cell, each having one dimension that is a multiple of three, which is the dimension that goes between the outer edge and the orange cell (often one or two of the rectangles have zero width): Here are the three symmetrically unique cases: 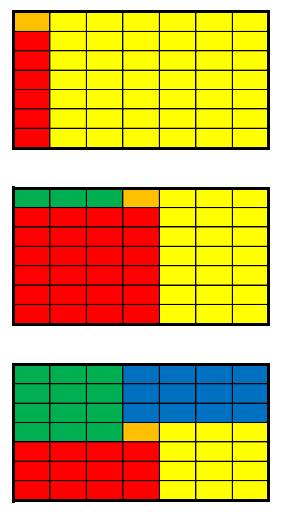 Not the answer you're looking for? Browse other questions tagged dissection tiling polyomino packing or ask your own question.