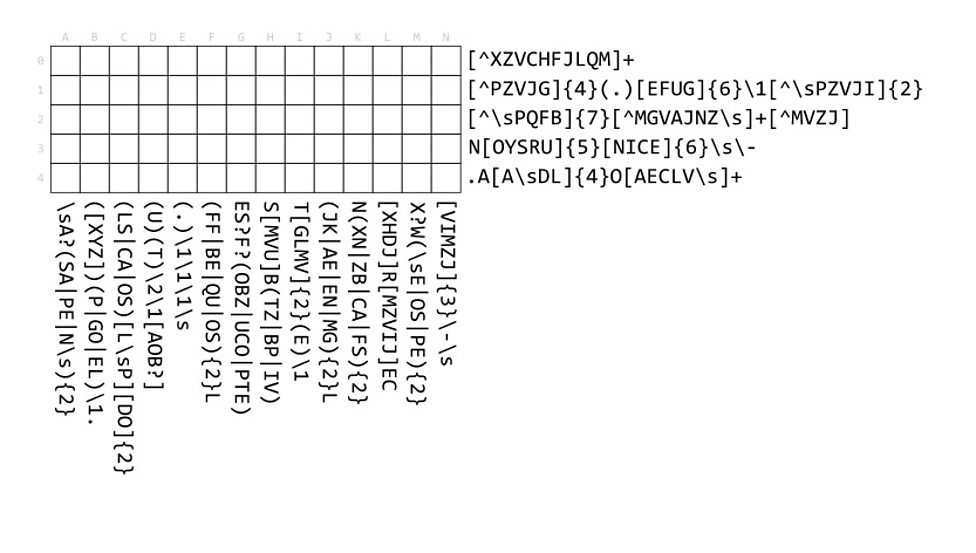 Rather than use traditional hints, each square must be a match of the regular expression associated with the row or column.

YOUR BEST AND WISEST REFUGE FROM ALL TROUBLES IS IN YOUR SCIENCE - ADA LOVELACE.

[EDITED after finishing it to add:]

And it does turn out that the regex clues alone are enough to nail it down, though I briefly thought they wouldn't.

Not that there's any extra information in it, but: 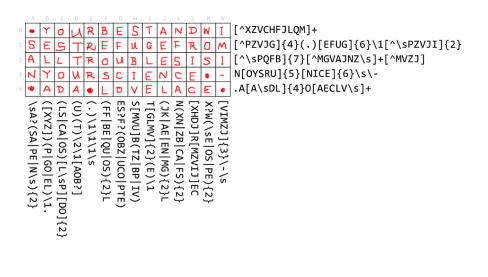 [EDITED some time afterwards because I noticed I'd omitted a word when I posted this originally. That was a typo rather than an actual error in what I thought the answer was. Now fixed, anyway.]

Not the answer you're looking for? Browse other questions tagged crossword-clues or ask your own question.