I need help with this number sequence

Okay, so I was reading my local newspaper, and they had an article about a pub quiz, which had the following sequence:

And the question was to figure out the next two numbers. They provided the answers (see spoiler below) but I can't figure out what the reasoning behind it is. Usually, I'm quite capable of figuring these things out, and I get annoyed whenever there are lots of possible ways to continue the series. But now I can't even figure out any logic, let alone the one for the correct answer.

Does anybody here have a clue?

The correct numbers are

according to the newspaper.

Well - with the helpful addition of more information from the puzzle's creator, we can now see that the sequence continues:

the scores for each team in the contest, in order by team number.
Team 1 finished in 9th place with a score of 762, team 2 scored 774, and so on. The scores for teams 1-8 were provided in the original sequence. I've provided the next 4. The other 15 can be read off the score chart provided by @Neils Dirks.

I am the maker of this question and first I want to say that I like the fact that this question made it to the internet. Second, you could not have known the answer to this question as it used the results of the 'Dorps Quiz' (Village Quiz) of 2016. This question was asked in the edition of 2017. I have attached these results, so I think you are able to finish the sequence now! 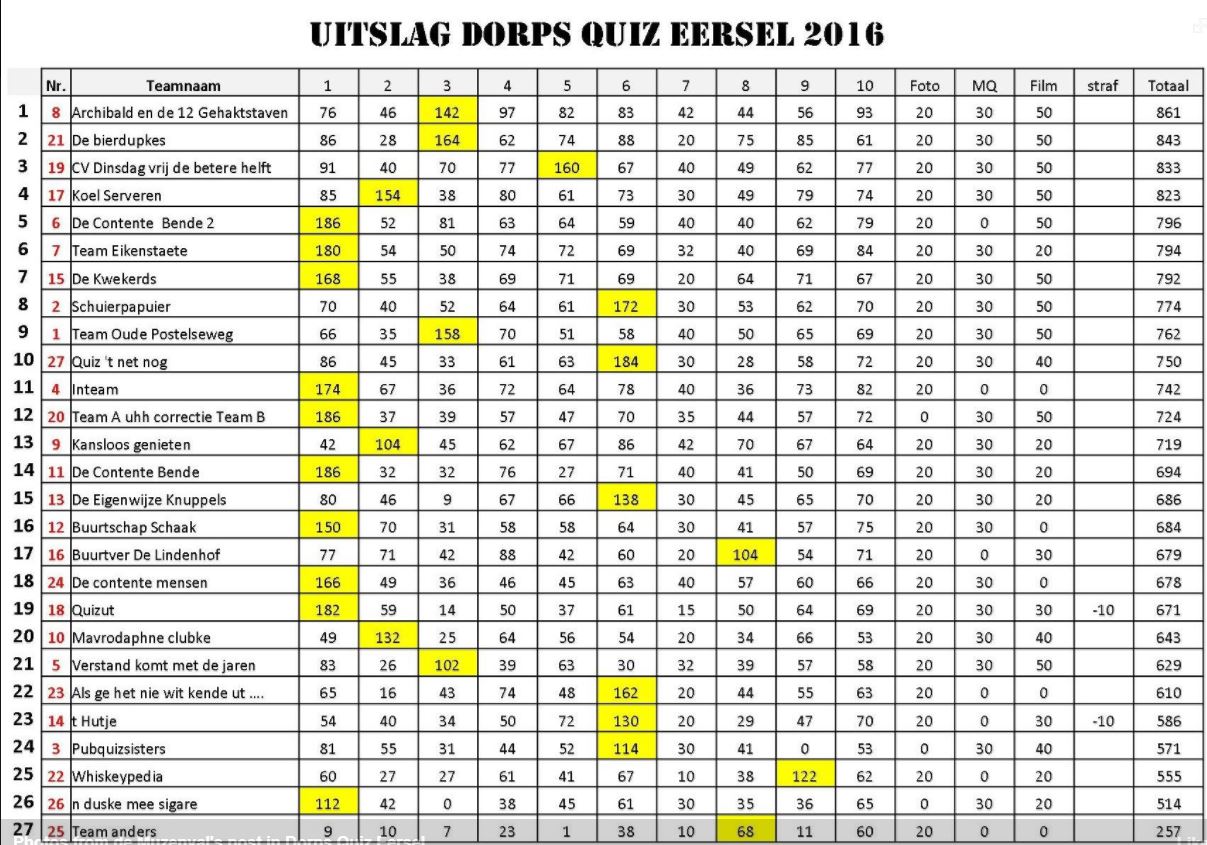 (Eersel is the village where the quiz took place, it is a nice, beautiful village in the south of The Netherlands, so feel free to visit it ;)).

Not the answer you're looking for? Browse other questions tagged number-sequence or ask your own question.