I am an island (ysaujdiolkiun)

I received an envelope containing two drawings and no return address. I would recognize that handwriting anywhere - my dear friend has written me a letter! It would appear that wherever he was, he's okay now. Where he is now is another question... 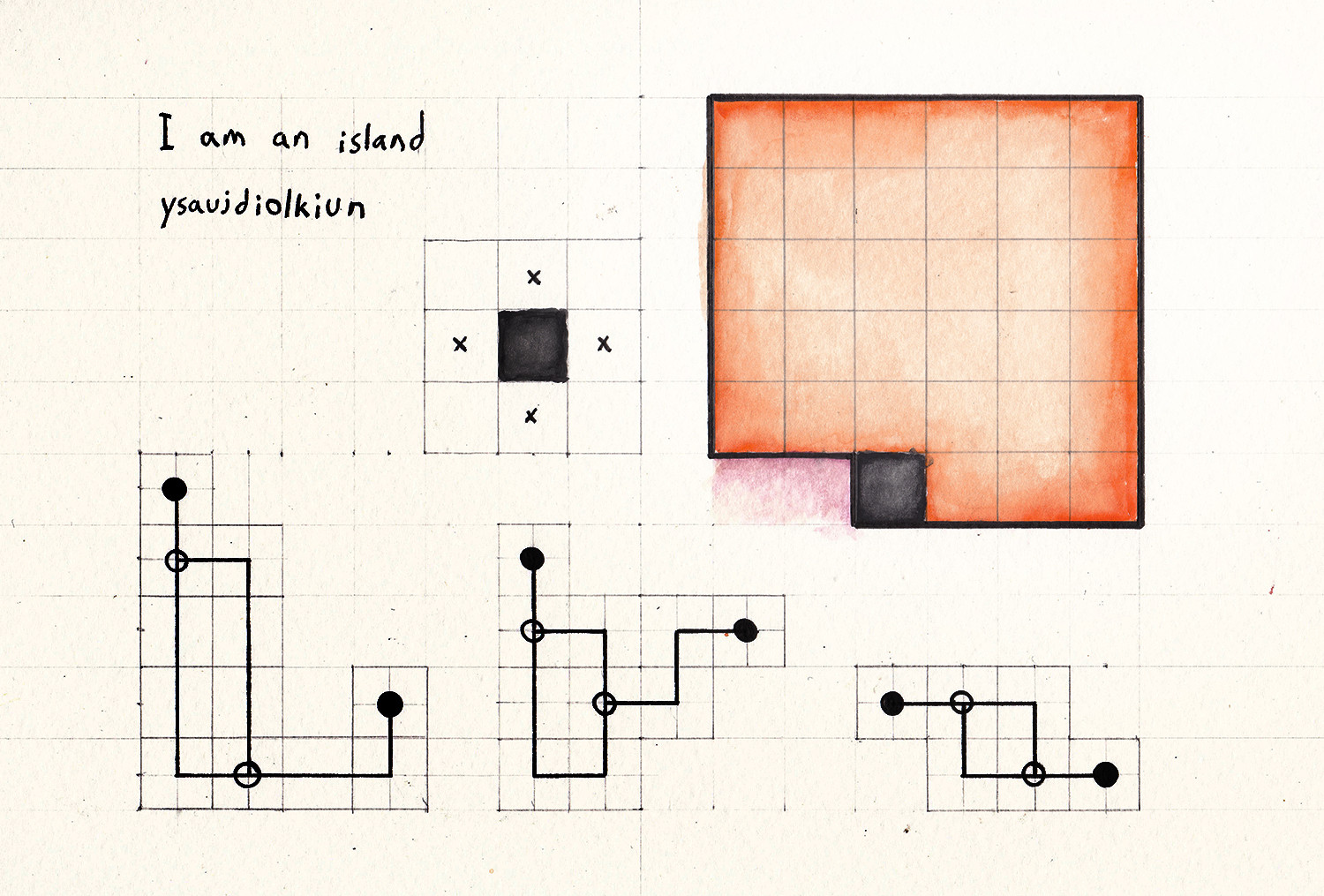 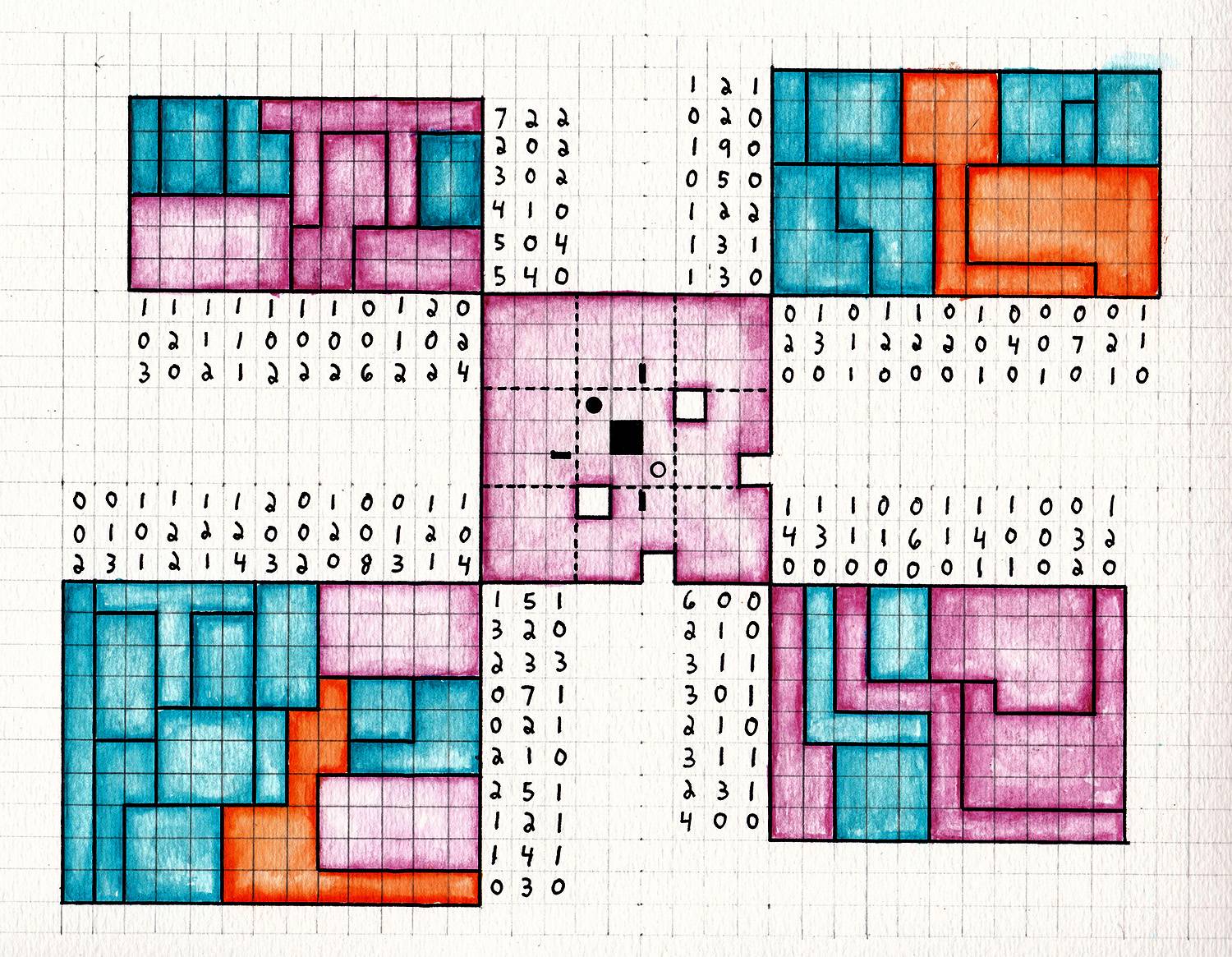 Your friend is in:

Handdrawn solutions (originals for reference, click on the links to see): 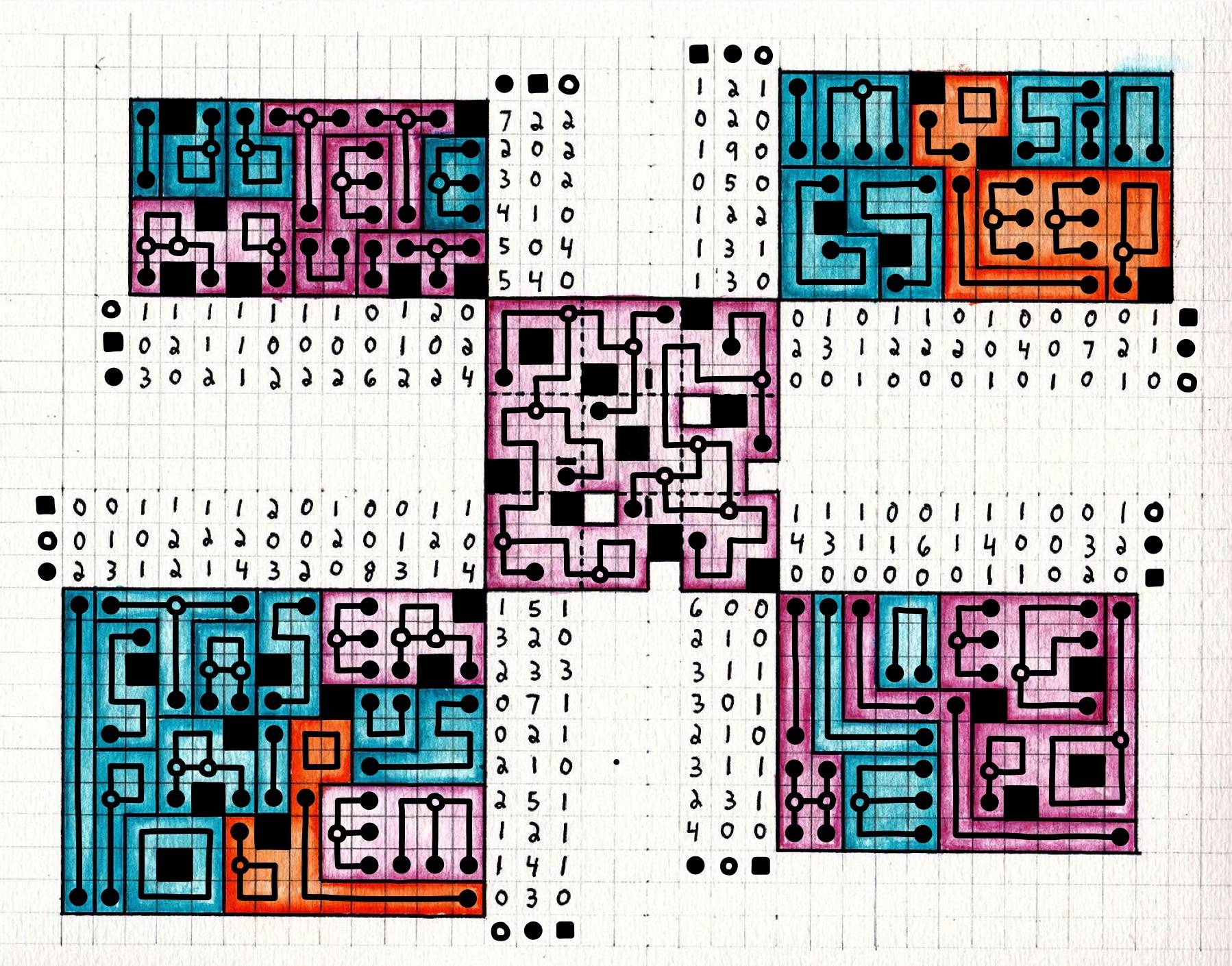 My initial set of rules:

Draw some lines orthogonal to the grid between squares. A square may have 0, 1, 2 or 3 lines emanating from it, in each case it shall contain respectively a black square, a black circle, nothing or a white circle. Lines may not cross the border between two regions. The numbers at the sides of the rows/columns count the number of each feature (circles/black square) in some order, fixed for rows and columns separately for each outer puzzle. No two black squares may be adjacent to each other.

That was close. Upon some solving, I realised that:

That solves all the outer puzzles, with a couple of tricks to help simplify:

The circles and black squares are counted twice, by row and by column. We can then match up the rows and columns of numbers by their sum. Also, treating the lines as a graph, the circles represent vertices of odd degree, so since a graph has an even total degree (each edge is counted twice), there is an even number of circles. Looking at the sums then allows us to identify which sum is the one of black squares.

To solve the centre puzzle:

Notice that the correspondences between rows and columns of numbers in each puzzle give us a unique place within each of the corner 3x3 squares to put each of the circles and the black square. Also, a new rule is that it is forbidden to cross a black line.

Solve the central puzzle assuming that the circles and the black squares obey the rules of a sudoku (9 of each with no two of the same in a marked 3x3 box, row or column)

The outer puzzles contain phrases: in the initial order of the images (left to right, top to bottom), we have "I'd better quit", "I'm losing sleep", "it's a serious problem" and "I'll need help".

And as @Reinier comments:

By taking the contracted letters, we have i HAd, i Am, it Is, i WIll which anagram to HAWAII!

@boboquack seems to have already solved the majority of the puzzle, so I just want to add some observations:

The first picture of the two seems to be the introductory puzzle. The solution to this puzzle is to fit the three "clusters" in the bottom of the picture into the orange area. If you then fill all empty spaces with black squares and satisfy the condition that no two black squares are next to each other, you get the following unique solution: 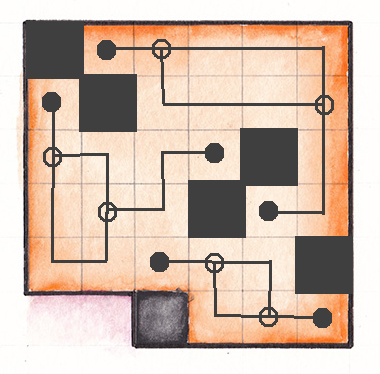 Note that this solution also satisfies the sudoku ruleset, at least for the rows and colums.

Furthermore, I noticed something else:

There seems to be a pink patch in the bottom left of the orange area in the first picture. At first I thought it might just have been a mistake while painting the picture, but the fact that it's pink seems to make it deliberate.

Not the answer you're looking for? Browse other questions tagged enigmatic-puzzle visual grid-deduction reverse-puzzling or ask your own question.

53
Desert Irrigation Project
29
You go wherever you go today

17
Time to Hit the Bricks!
19
A Knight's Kuromasu
53
Desert Irrigation Project
29
Oh no, it's another safe!
83
My God, it's full of stars!
29
You go wherever you go today
23
Island (sketch)
9
Disciple of Gzemnid
13
Fighting Fish: An Aquarium-Star Battle Hybrid
29
A flag-packing problem