The Ludicrous Loop: over a thousand cells of circular logic!

Flavourtext is for flavour only.

Ladies and Gentlemen, are you feeling ludicrous today? A little loopy, perhaps? Then come one, come all, for I have just the thing for you.

Lampreys and Jellyfish, we have here a grid deduction puzzle which has over a thousand cells of loopalicious logic. Some things may be familiar, but some will be entirely foreign, and some will be a bit of both. 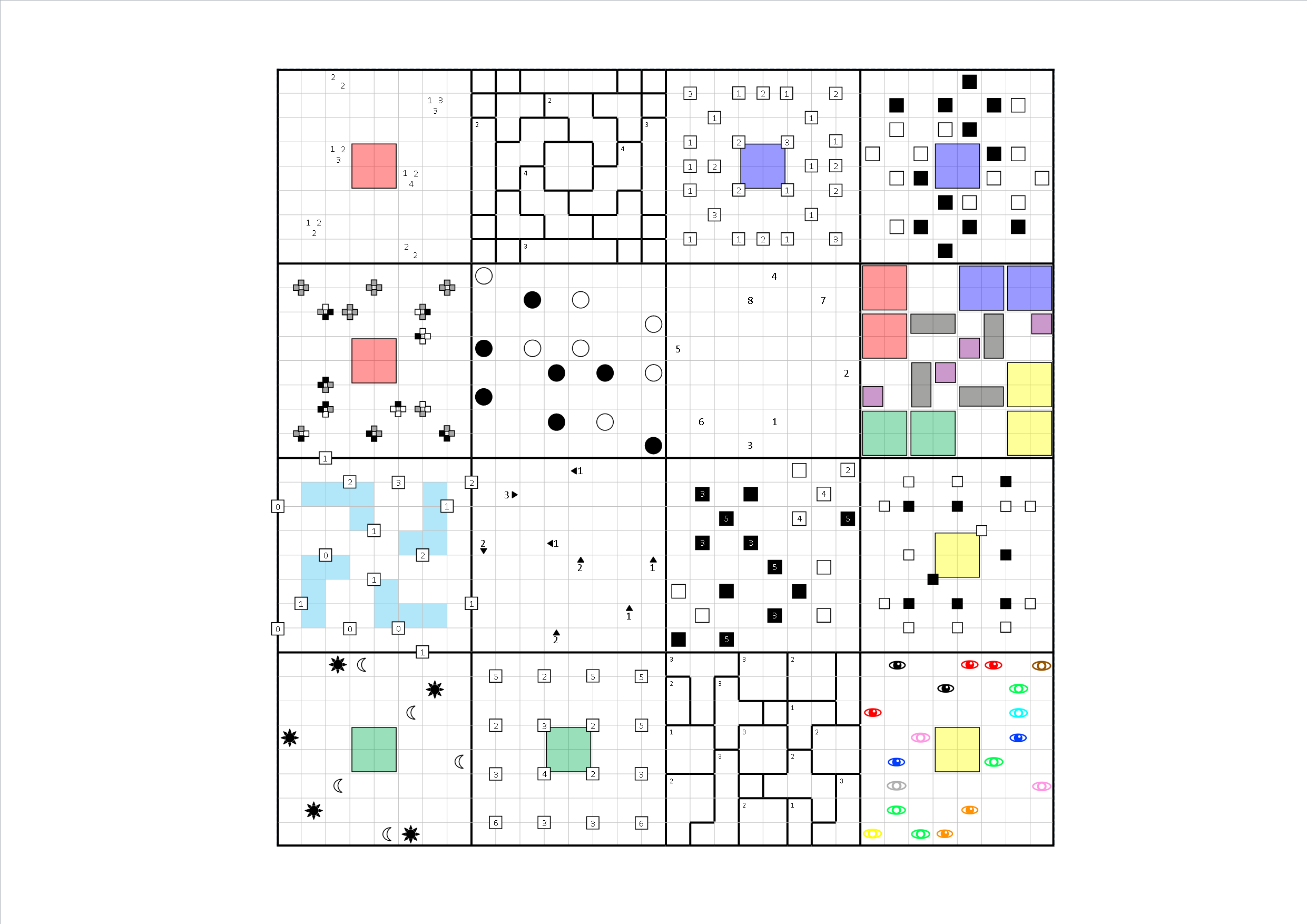 Lentils and Germs, I understand that this might seem rather confounding as of now. But, fear not, here are the puzzle types: 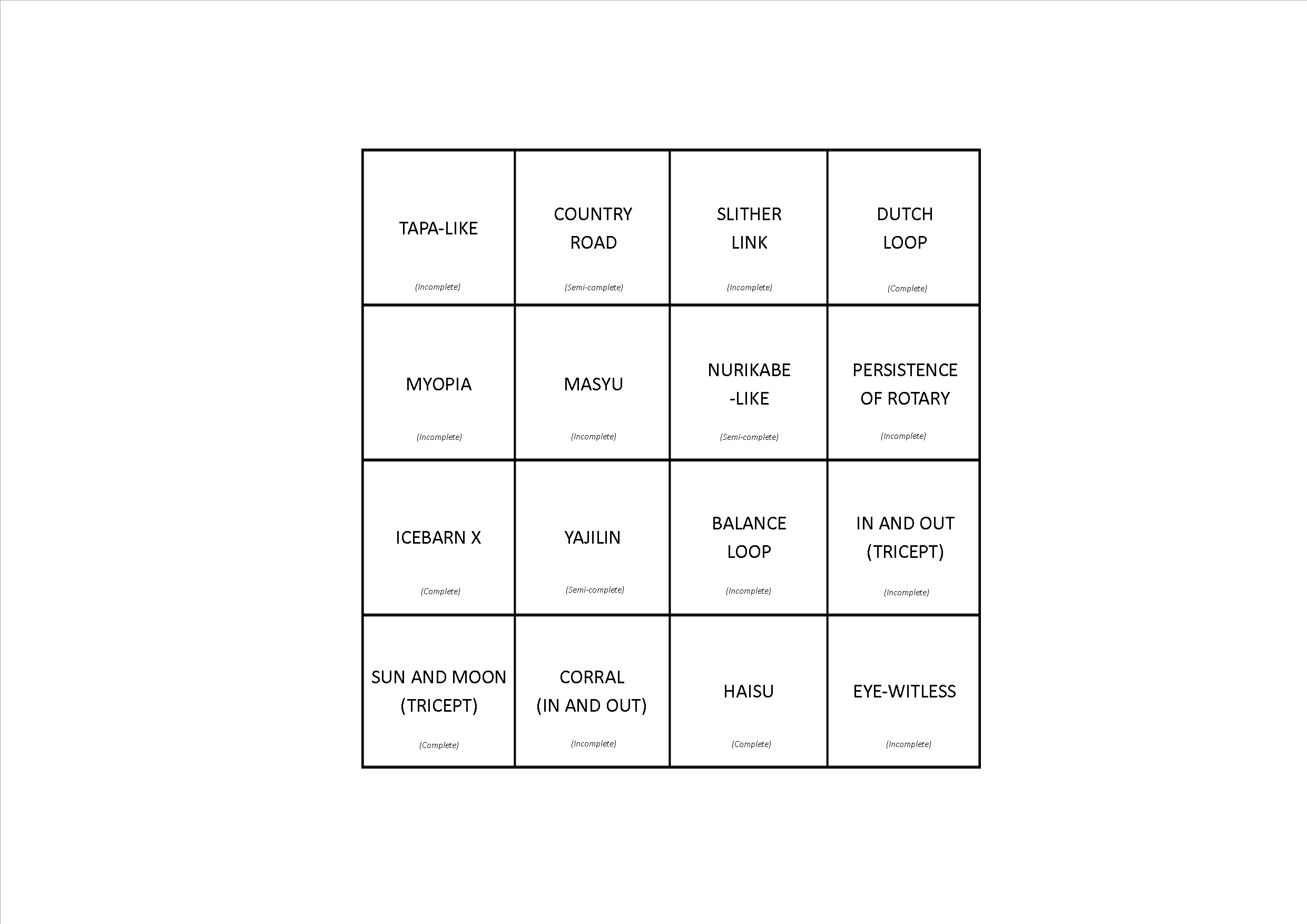 (Complete = use all unclued cells, semi-complete = there are restrictions on what cells are unused by the loop, incomplete = no restrictions)

Lawnmowers and Grasscutters, I am not unaware of the fact that you may not be familiar with some of the more exotic puzzle types, and that you are definitely not familiar with the entirely new puzzle types. So here follows an explanation of each:

Note also that the entire 32x32 grid is ONE SINGLE PUZZLE. You are permitted to, and will have to, enter and exit 8x8 regions as many times as you need..

Lumps and Growths, I appreciate that the above wall of text might be too much to comprehend. So, have a visual explanation of the rules. Complete means pass through all cells, semi-complete means there are restrictions on the unused cells, and incomplete means no restriction. 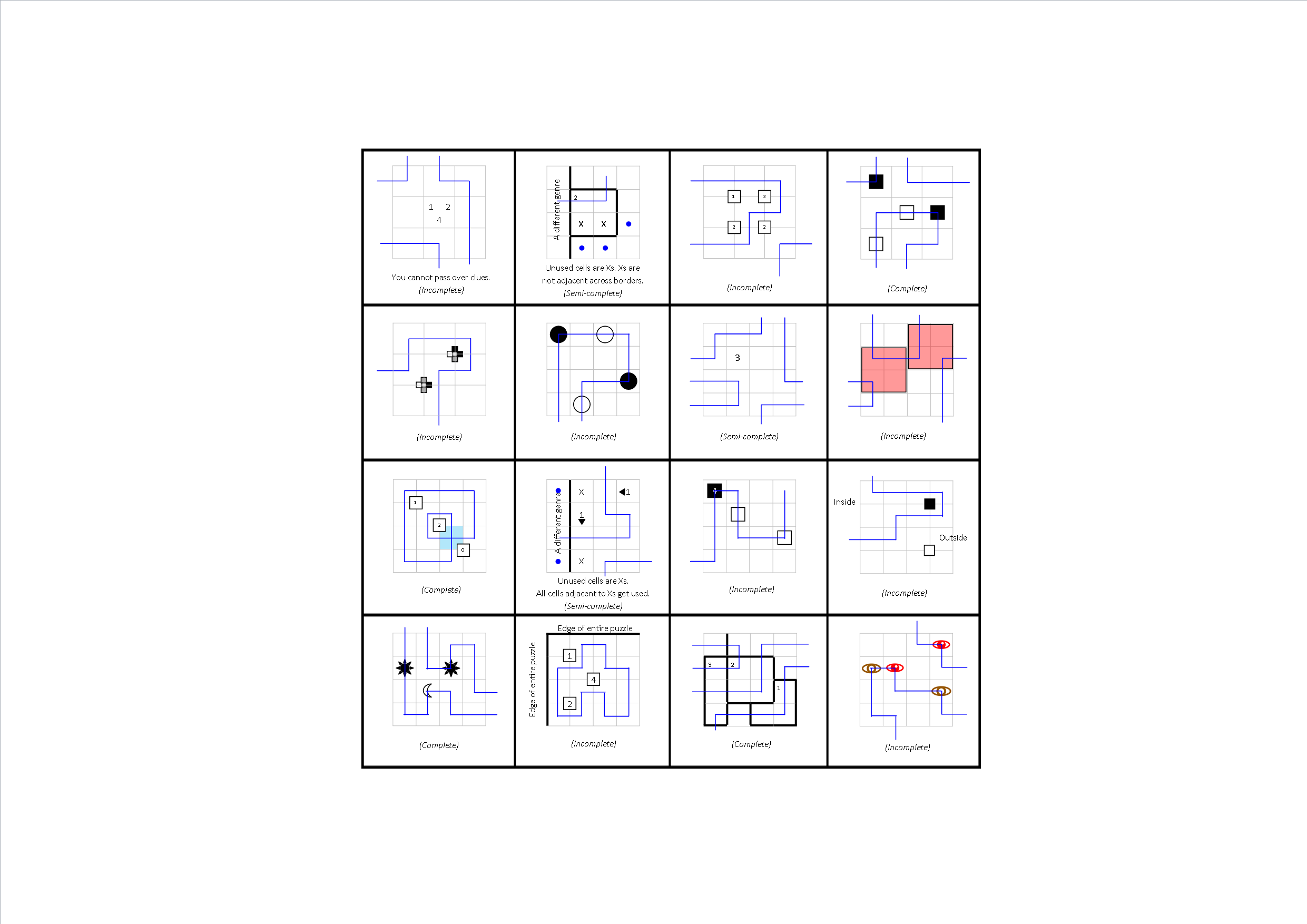 Loop-finders and Game-lovers, that is all I have to say. Apart from one more thing:

Luck and Good. In one order or the other. :)

Here are the eyewitless eyes marked with letters for same colours. 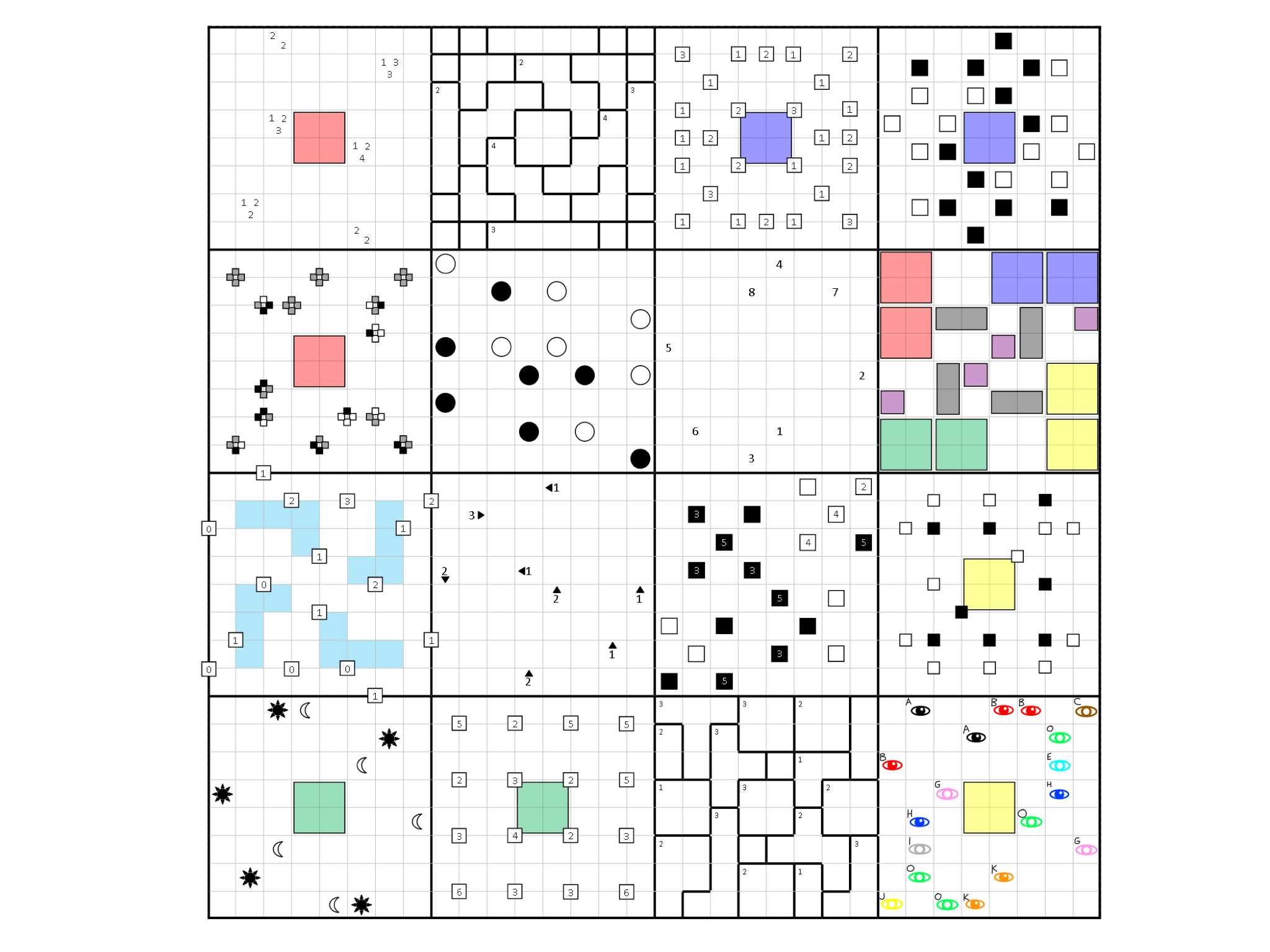 MASSIVE SPOILER ALERT, DO NOT LOOK UNLESS YOU REALLY HAVE GIVEN UP

Actually, an explanation is in order. Basically, see the colour code? LEFT TO RIGHT is the logical order of the colours. E.g The blue stuff almost always relies on purple, etc. I did begin to run out of colours so some of the greys may be a little hard to distinguish. Red is most often explanation (I have tried to explain the non-obvious stuff, circled red stuff is a key deduction, and the circle near the seven links to the top left yellow thing), except in the grand finale (bottom right). 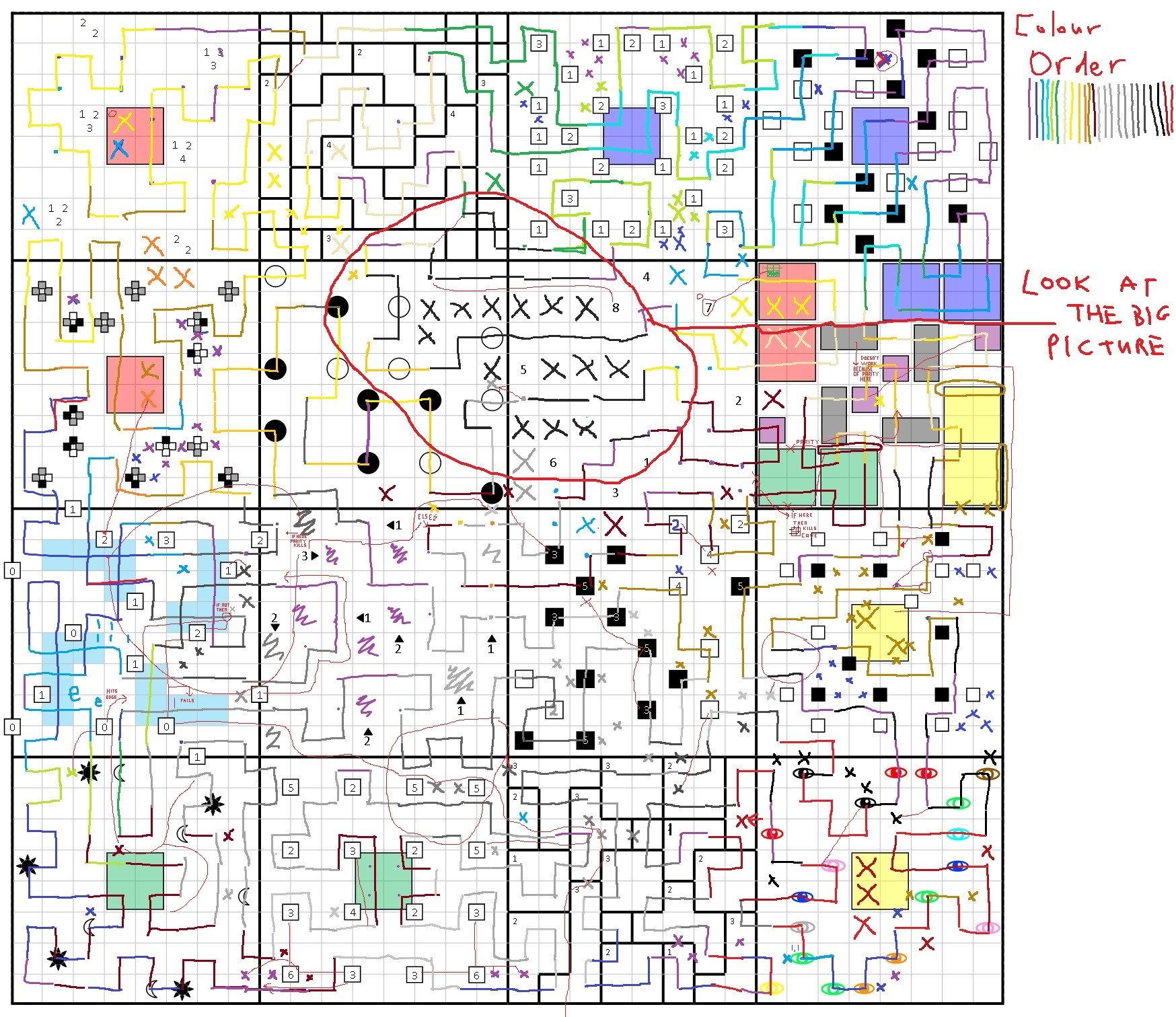 (Hopefully there are no mistakes)

Plus, the lines and text were fully hand-drawn for those of you who still appreciate hand-drawn art stuff. I seriously doubt that anybody is actually going to try reconstructing my solution, but if you have any parts that you don't understand - Please have tried thoroughly though, especially with all the previous colours - just ask me below.

This puzzle was well worth the effort! Very nicely done.

Not the answer you're looking for? Browse other questions tagged mazes grid-deduction or ask your own question.