The body was lying naked on the floor of an apartment living room. Crime scene investigators and forensics were inspecting the body and the nearby area. You, detective Randy, opened the door and entered the room. After greeting your colleagues you have joined them in the investigation of the body.

You noticed that something was carved into the forehead of the body with a knife or blade. It appears to say "LaExO". You took a photo of it with your personal camera so that you can use it in your investigation and to allow yourself have a closer look later. You wonder: "What this will be? Will it be an encoded message, or some words in a foreign language?"

Your thoughts are interrupted. "Hey.. Look at this..", said your colleague. She removed a crushed and rolled paper from the mouth of the dead body using tweezers.

You put your gloves on and unfolded the paper to see a printed message/word on it. You read it as "dabel". What's this? Another message? Is the killer trying to convey some message to the world? You thought, "This is either a pre-planned murder, or the killer must be a psycho... maybe a serial killer."

You took a photo of this note with your camera. You and your other colleagues inspected the entire room and the body, but didn't find any other evidence. So you decided to wrap up the inspection and made arrangements to send the body and evidence to the forensic lab for further research.

In your office you were sitting with the printouts of photos of the evidence you have taken. You were going through both photos again and again trying to find out what the words mean. 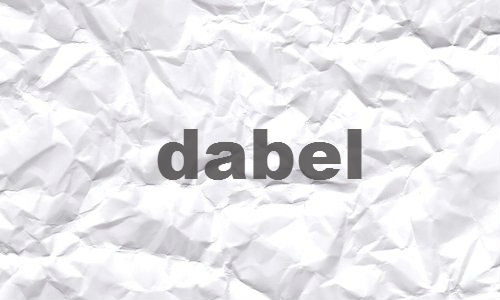 At that time, your assistant knocked on your door and entered your room with the report from the forensic lab. He placed it on your table and left the room. You started going through the report. The report tells you:

Also from the report of local police officers, you came to know the following details:

Victim's Name: Riyannah James
Age: 28
Description: Riyannah was a software engineer and has been working for a leading IT firm for the past 6 years. She married her colleague, Mr. James Hopes, 2 years ago after 3 years of dating. Their relationship had been going through a difficult patch for the past few days because of some recent happenings.

Suspect 1: Jakub Tomas
Age: 32
Description: Victim's neighbor. Had issues with victim's husband, James Hopes. Jakub caught his wife Eliska Jakub cheating on him with James Hopes. Jakub and James ended up in a fight and Jakub threatened that James is "going to pay for this". These incidents happened just a few days ago. Jakub was uneducated (school dropout) and migrated to the United States 4 years ago from The Czech Republic. He makes a living by organizing Black Masses and he is the leader of a group of Satan Worshipers in the area.
Alibi: He claimed that he was conducting a Black Mass at an unspecified location. He refused to reveal the location or more details as he doesn't want to expose others who participated in the Black Mass.

Suspect 2: James Hopes
Age: 29
Description: James Hopes was married to the victim for two years and was reportedly in a good relationship until he was caught having an affair with his neighbor's wife, Eliska Jakub, last week. James and Jakub became enemies after this incident. James claimed that he had talked with his wife and convinced her that he will be faithful to her forever, and that she forgave him. Some of his and the victim's friends confirmed this statement.
Alibi: He claimed that he bought liquor from a bar on that night and got heavily drunk and slept in his car somewhere. The bartender and security confirmed that he came to the bar by 9:40pm and returned by 10pm after buying two bottles of rum. There is no evidence regarding where he stayed later that night.

Suspect 3: Eliska Jakub
Age: 30 Description: Married to Jakub Tomas for 5 years and likes to live a fancy life. She was not a Worshiper of Satan like her husband. She had recently started a relationship with the victim's husband, a possible motive to kill her.
Alibi: NONE

Suspect 4: Abel Johns
Age: 22
Description: Abel and his friend, Ijaz Ahmad, are two bachelor friends working toward their PhD. They are living in the same apartment building as the victim. Abel is a strong catholic. He had many affairs at college and he likes to flirt. He and Ijaz were good friends with the victim.
Alibi: He and Ijaz were at a friend's house; that friend confirmed this. (We can't confirm whether the friend is lying or not.)

Suspect 5: Ijaz Ahmad
Age: 23
Description: Ijaz is a Muslim, and described as forward-thinking too. He and Abel were good friends with the victim.
Alibi: He and Abel were at a friend's house; that friend confirmed this. (We can't confirm whether the friend is lying or not.)

From the security camera (cctv camera) placed at the main entrance hall of the apartment building you have determined the following: 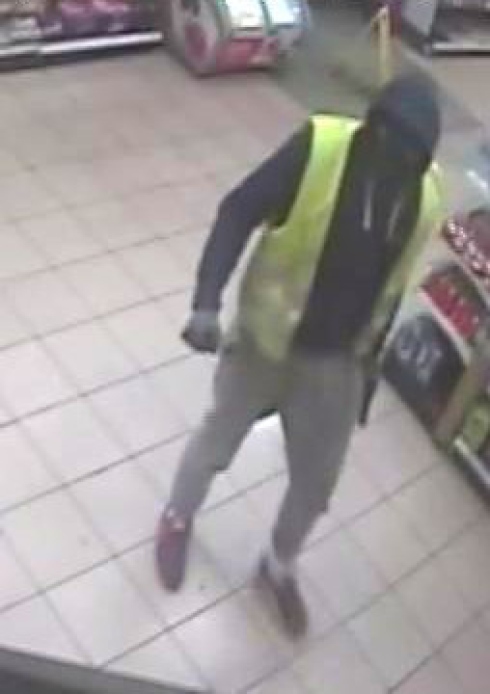 Now it's up to you, Detective Randy, to find the killer and arrest him/her.

Only the persons described in the description are related with the crime. Clues and hints are straightforward and one of the suspects is the killer. Randy is a dedicated detective and detests crime, so he definitely has no part in the murder.

Note: This is just a detective puzzle, not a real murder case or crime. So the clues, deductions and assumptions made based on the above description will be sufficient to arrest the murderer/killer.

Additional Note: I will accept the correct answer (if any) on 22nd November, Morning IST. If there is no correct answer, I will give the bounty to the most appropriate answer, and will answer my self.

Hooded man image was taken from the following source "http://www.wisbechstandard.co.uk/polopoly_fs/1.3817812!/image/image.jpg_gen/derivatives/landscape_490/image.jpg" I just choose a random image from google.

It was the James and the Eliska working together, trying to frame Jakub, getting rid of both spouses at once.

James came back in dressed in the hoodie, had make up sex with his wife, who made him wear a condom due to past infidelities, and smothered her with a pillow.

The 666 clue is just too clever for Jakub, who is uneducated, to have come up with. However, James, was a Colleague of the victim, (stated in her bio), and would have a familiarity with Hexadecimal.

DABEL is czech for Devil. Eliska came up with this. She's been married to Jakub for 5 years. Jakub immigrated 4 years ago. So she's czech as well. They're trying to frame Jakub

Using geobits' logic (which I had almost found myself -Flip that forehead etching and you get 0x3e7, a hex number representing 999 in decimal. Flip it back over and you get 666. You might want to try to link that to someone) 666 is the number of the beast, and the killer left it there to turn the investigation on Jakub, Jakub himself is illiterate so he could not have come up with that notation especially to turn the investigators on to himself

The second reason is

if it was one of the bachelors, two people would have to lie, the second bachelor and the friend which is unlikely

The third reason is

dabel probably indicates Abel, which may be another attempt to turn the investigators on to him (or as the other answer points another word for devil trying to fix Jakub

I know my case is not very strong, but yeah I leave it here for someone to develop