A Game Of Cat And Mouse: Part 3

Part 2 can be found here. The puzzle is contained entirely in the quoted section below - the rest is just fluff. Sorry it took so long.

"The Field Museum?" repeats the superintendent. "What would El Gato want from there?"

"Sir, I went there with my wife the other day," pipes up one of the other officers. "They're current exhibiting the world's largest emerald. That's gotta be what he's after."

"It's a safe bet," you say. "Phone the museum. Let 'em know El Gato's coming. Get your men round there to secure the building. If he comes for the exhibit, we'll be ready for him."

The superintendent phones the museum, who assure you that their security measures are more than enough to stop El Gato in his tracks. Nonetheless, a dozen police officers are dispatched to beef up the museum's security. That night, you head for your hotel, confident that El Gato will be stopped.

The next morning, you are woken early by a phone call. "Sir, you're not going to believe this," says the frantic voice. "El Gato stole the emerald. You'd better get down here pront-" You hang up, groan, and drag yourself out of bed. It's going to be one of those days.

A cup of coffee and a car ride later and you're no less tired or annoyed than you were before. Arriving at the museum, you burst into the room where the emerald was being displayed. Sure enough, there is a large circular hole in the display case, and the emerald is gone. You first turn to the nearest police officer, trying to establish how the hell nobody caught El Gato in the act.

"It was sleeping gas, sir," says the officer. "El Gato must have pumped it into the ventilation and spread it all throughout the building. We were all out like lights, and by the time we woke up... the emerald was already gone."

You sigh, pinching the bridge of your nose. You should have expected this from El Gato. But the police were only part of the story. You decide to vent your frustration at the museum's security chief, the man who designed the systems in the first place.

"I don't understand it," says the man, perplexed. "My security system should have been foolproof."

"See, that's where you went wrong," you remark bluntly. "You might be a fool, but El Gato isn't. Show me how the system works. I want to see how he could have gotten through it."

"Yes, sir." The man scurries off and returns a short while later with a sheet of paper: the schematics for the room's security system. 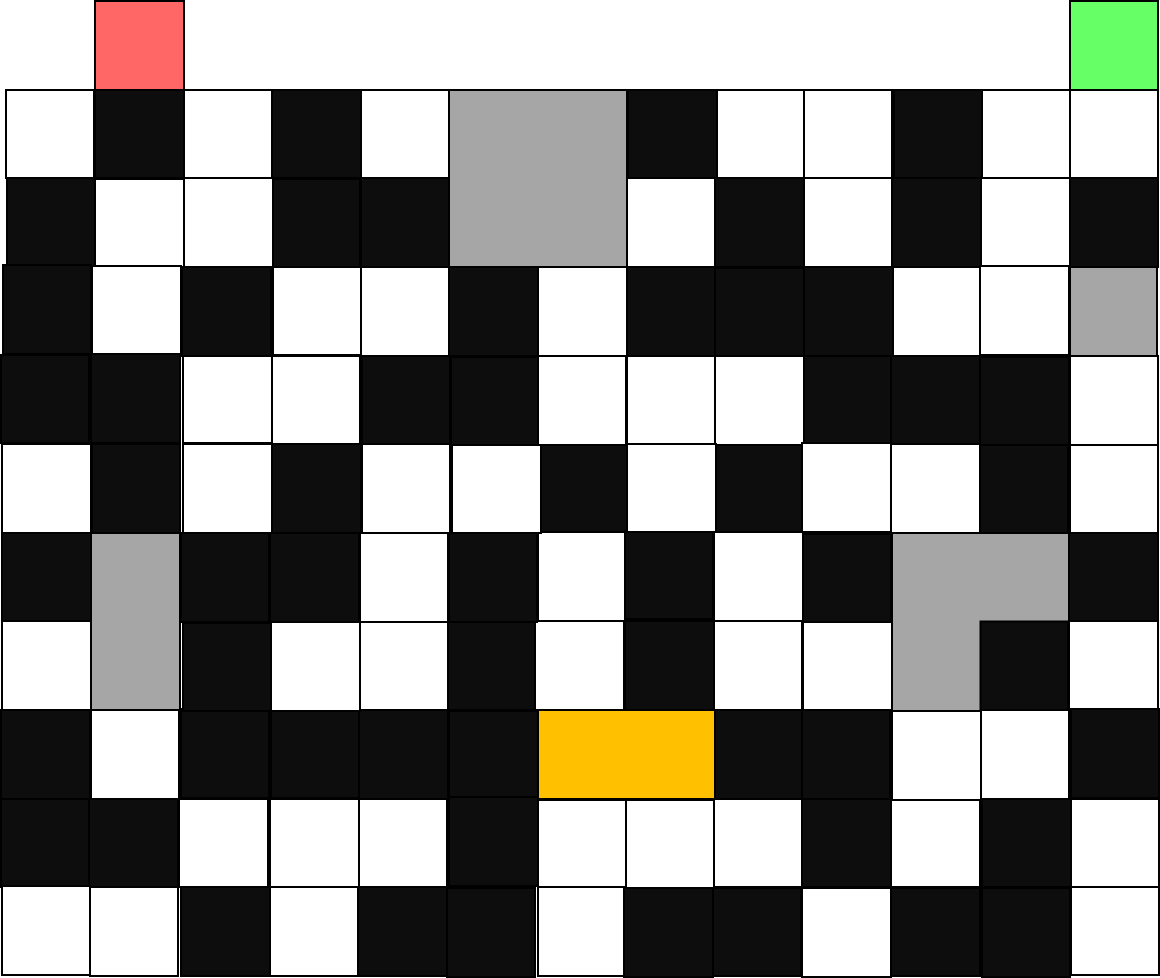 "The black and white tiles are pressure plates," the man explains. "To get through the room, you have to enter at the green tile, then step on alternate adjacent black and white tiles until you exit the room at the red tile. The gold shape is the emerald's case, and the silver ones are the other exhibits. Step out of sequence, or try and go diagonally, and you'll trigger an alarm.

"I've checked and double-checked," the man continues, "but there's only a single possible path through the room, and it doesn't take you anywhere near the emerald exhibit..."

You're not so certain of that. You snatch up the schematic, pull out your pen, and within minutes you have drawn a second, longer route, one that takes El Gato right past the emerald's display case. The man's face pales. "Oh my God..." he exclaims. "How could I have missed that... oh, I'm so getting fired for this..."

Not much explanation, as these were just the first two paths I tried: 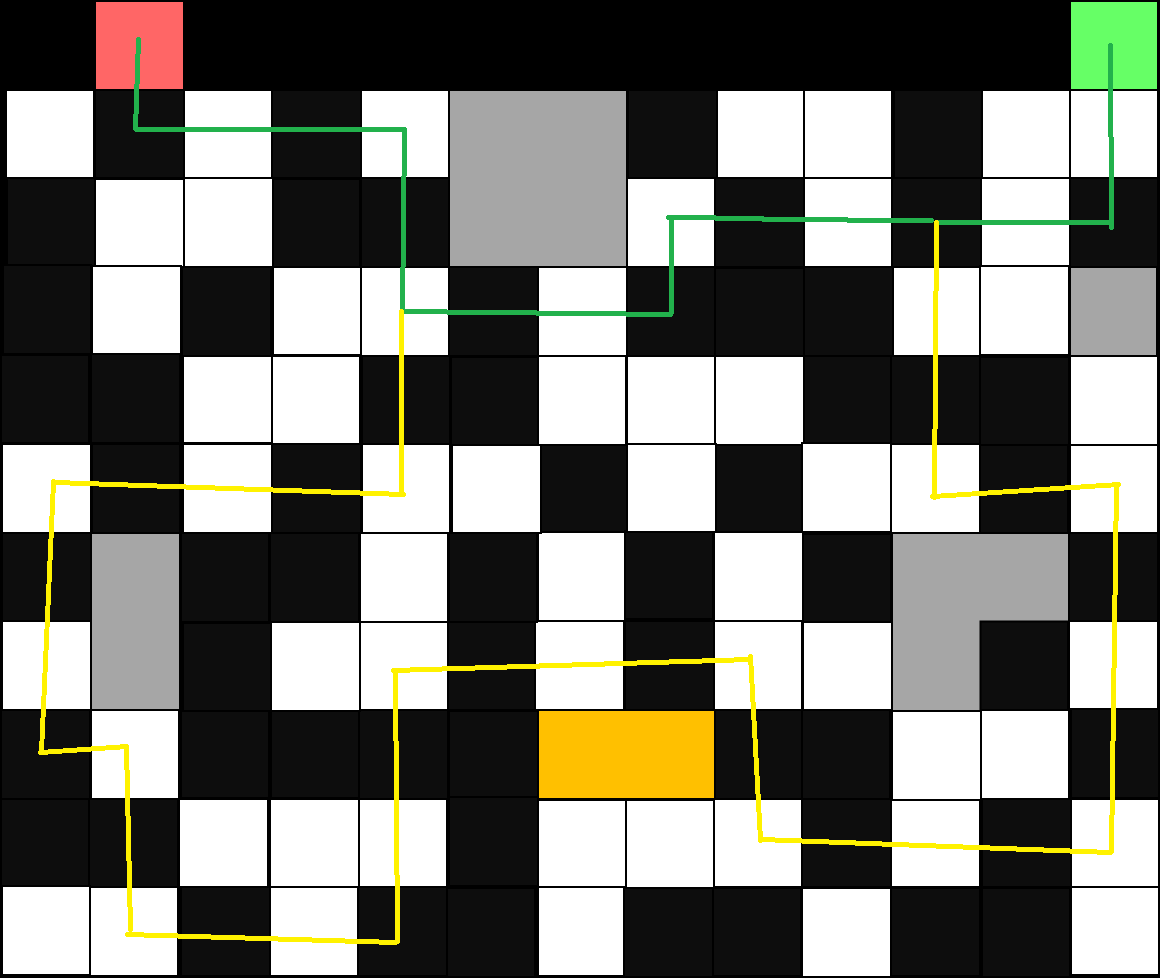