All the moderators have been kidnapped!

I'm a bit worried. I just got an email from mods@puzzling.stackexchange.com. It looked like this:

Hello - you don't know me, but I have been watching your site for months. I have looked at new puzzles, monitored the election, read new answers, read chat transcripts, and generally stalked your precious site. And I have finally decided to test your mad puzzling skills out for... a purpose. I have kidnapped your moderators. Yes, that was blunt - I have to be sure that I have your attention, for your mods' sakes. I have allowed them each to include a screenshot in this email, with a puzzle to their current locations.

Here is the mod known as 'Rubio's screenshot - he appears to greatly like his profile: 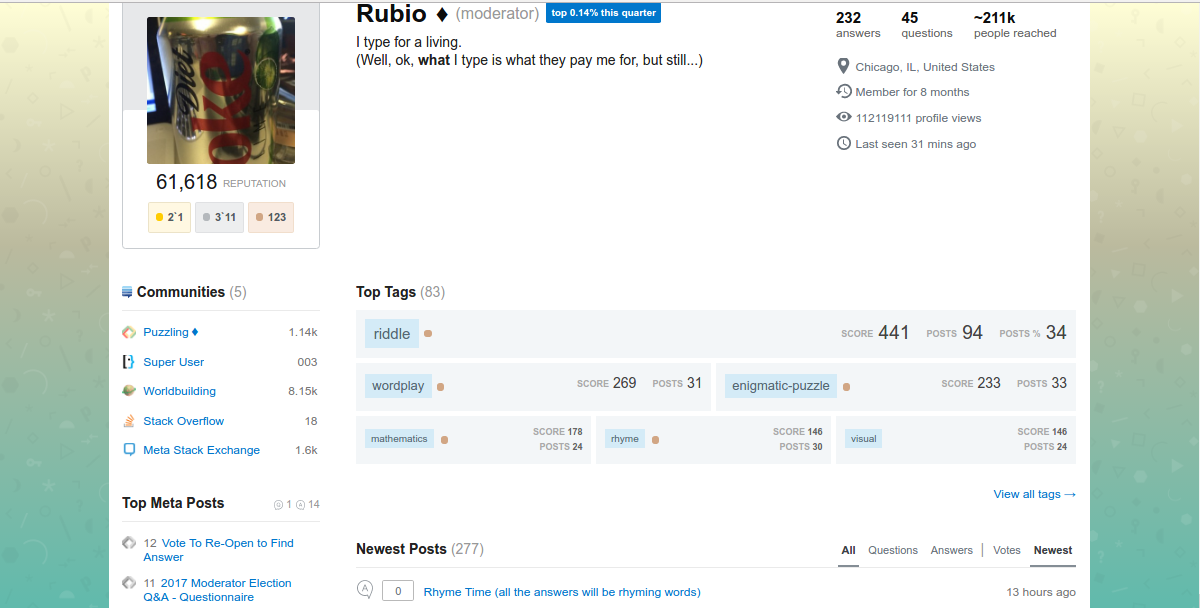 Next we look at what the person going by 'GentlePurpleRain placed, hoping you to extract some information. It appears to be the site's usually empty review queues:

Next we have the person with the alias Gareth McCaughan's screenshot choice. He has included a picture of the main chat for the Puzzling Stack Exchange site. The Sphinx's Lair - ah, I know the place well, from my stalking of it. Here is his slightly blurred out screenshot: 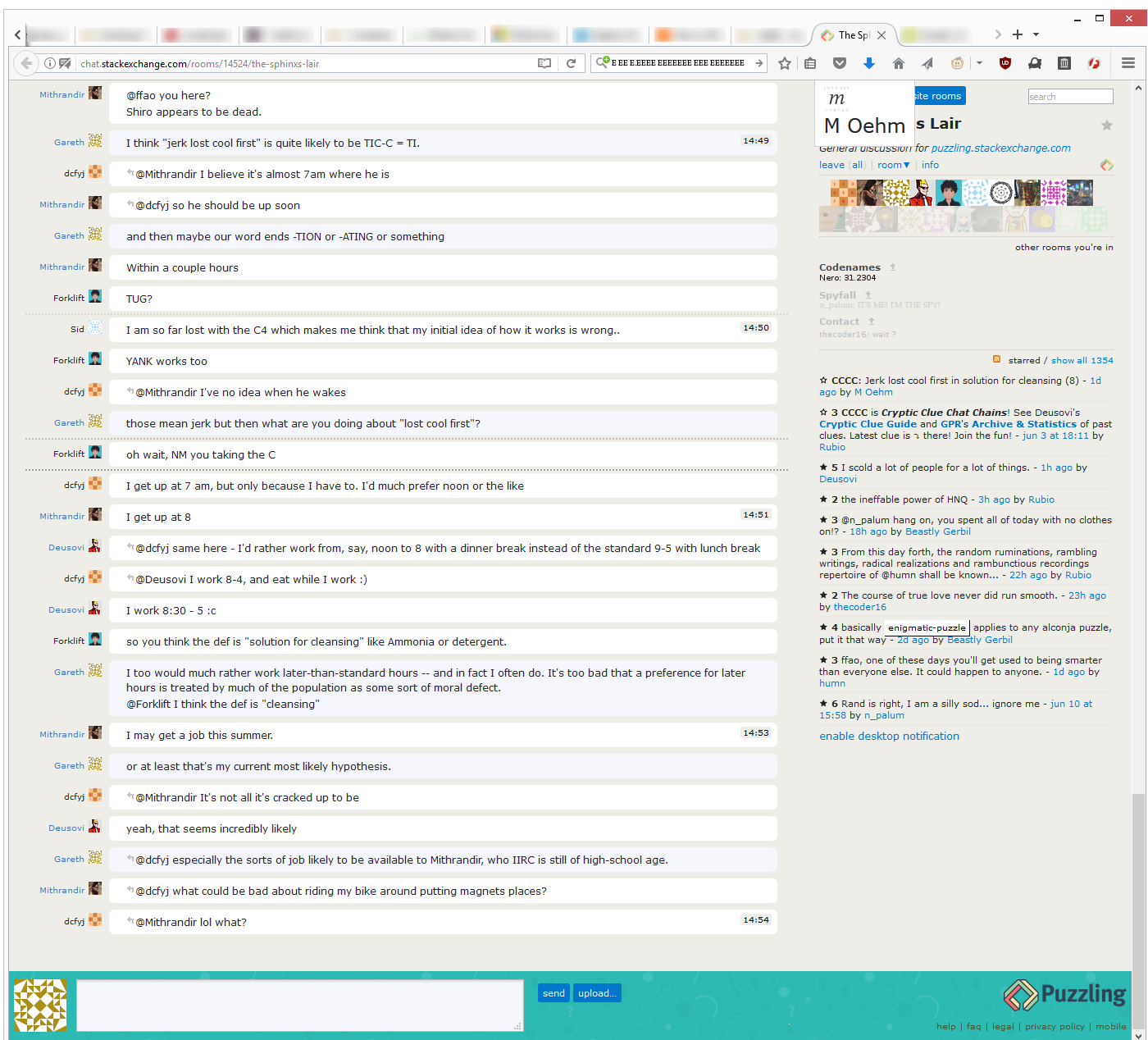 And now, the admirable Deusovi. Deusovi has chosen a screenshot of the front page. I am afraid that he has hidden his location too well - you may find this too difficult. Oh well - his loss. 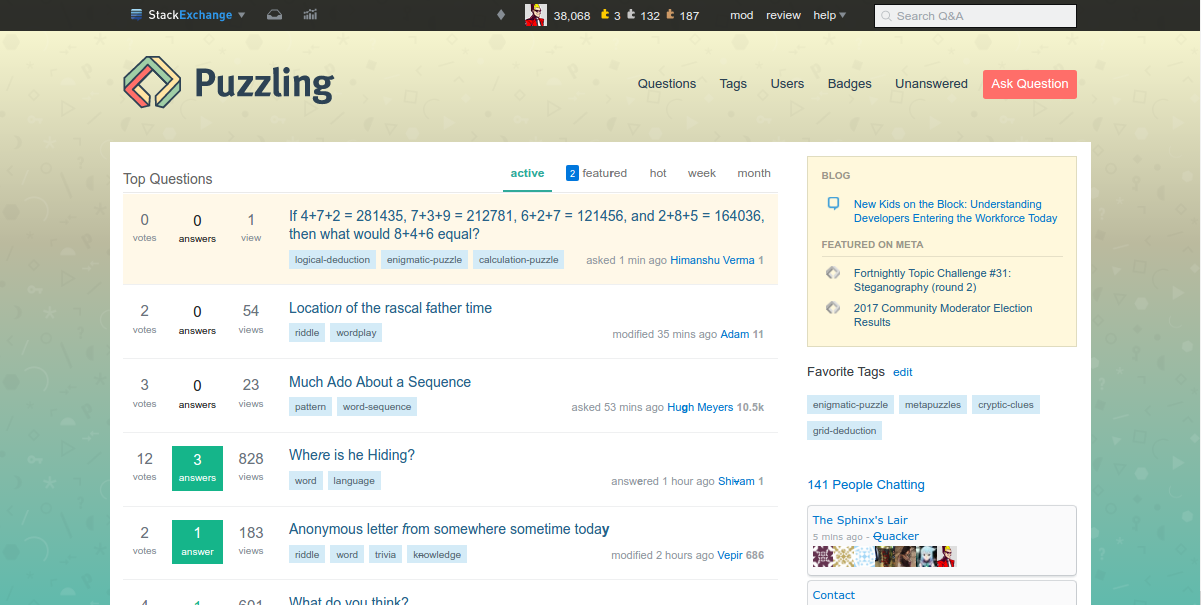 Stellar. The pictures are included. Every picture has that mods location. GentlePurpleRain has even had a hint for his put in Rubio's puzzle.

After you have solved them, travel to the locations and contact me again. Not before.

Once again, goodbye, my Puzzling friends!

That's a pseudonym, just in case you wanted to track me...

I think it might be a hoax, but Rubio hasn't show up for Spyfall, so I'm getting a bit worried. Where could they be?

London. The text above their screenshot has italicized letters; combining and rot13ing them gives the phrase "background". Hidden in the lower left corner (colored to blend in with the background) is LONDON.

-- er, on, Easter Island. There are many letters bolded, italicized, and underlined. Taking those, then rot13ing them gives EASTERISLAND.

7
Somebody has kidnapped Jason Baker!
15
Mr. Yamaguchi's unusual message
8
A Letter: Moriarty is dead
9
♦ Series - Going back to the Stack
9
Why the 'Be Nice' policy? - Clue Eight
8
A Shadowy Encounter
9
Undeviginti - An Enigmatic Puzzle in the theme of the Ancient Times
30
Who killed the indiscriminate warden?
46
Oh no! The mods are gone! (and Rand al'Thor, too!)