Something dotty in the state of Rome

I'm a time traveller. In order to keep balance to the universe, it is my duty to preserve past, present and future.

However, the Bad Guys want to mess with our past to destroy humanity as we know it once and for all. They are usually trying to execute great leaders in the past, although our agents reported that they want to change their methods for the next mission.

Furthermore, we were able to prove a connection between American Intelligence Services and the Bad Guys. Finally, from a transcript of a meeting, we know that companies such as Brother seem to have adopted certain methods from the Bad Guys.

We have intercepted the following message from the Enemy:

Something dotty in the state of Rome. 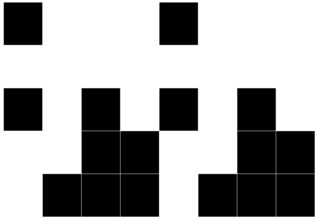 Can you decipher this message for me so that we know their next target?
Bonus points if you can tell me their new method!

Part of the encryption was done with Reality.

You have to be well-read (or able to use Google) to solve the whole mystery!

We have now intercepted a message when they tried to assassinate Barack Hussein Obama (which we could prevent), the message was decoded to read 8 23 15 8 23, or H W O H W in characters. The title was alluding to Act 1 Scene 3 of a play.

The blurry/fuzzy image is due to it being a medium sized imgur picture. Using the same link without the m at the end will provide a high quality image. Nevertheless, the blur presents no issue to solving the puzzle whatsoever. There is no information hidden in the image that doesn't meet the eye.

The part about Rome could be related to the Ides of March.

Still working on what this might lead to. (I'm very new to puzzling)

Laying out what we have so far

Thoughts on what we have so far

Obviously we're working with some sort of code here. I think the act and scene might work as a sort of key that might alter the numbers (which translate to letters) to yield whatever letter is needed.

It could be a fustian riddle and that's why Shakespeare is relevant.

Another thought is that it is in the state of Rome. This could be a clue to use Caesar shift cipher, but currently this is yielding no clear results.

I think I'm getting close, but I might need one more nudge in the right direction.

I think "B. H. Obama" implies that the initials are important.

Based on this I would say that scene 4 means index 4 which gives us "C" and since there are 8 letters it could likely be Calvin "Coolidge".

Somehow this ties into Rome...

Thanks @JamesCoyle! The answer is Marcus Tullius Cicero

The new method of taking over the world is

I'm a time traveller. You're from the future and want to save the world.
the Bad Guys. Common trump slang for referring to everyone who is against him. Might also mean "the Russians" which the U.S. has a history of referring to as "bad guys".
destroy humanity. Trump got access to nuclear weaponary big enough for destroying the world.
execute great leaders [...] they want to change their methods. Instead of killing a president just become one.
American Intelligence Services and the Bad Guys. The Russia-Affair of Trump.
companies such as Brother. Might refer to the brothers Charles Koch and David Koch who own massive oil and chemistry companys.
Something dotty. Trump definitely seems to be dotty (according to my dictionary - sorry i am no native speaker)
state of Rome. Maybe this refers to any global super power. Back in the good old days this was rome. But now it might refer to the U.S.
About the hint:
Part of the encryption was done with Reality..- Trump has a distorting effect on reality

One can read the image as binary.

The 2017 at the very beginning seems suspicious.
But I don't know what to do with the 320 other than 2017-03-20. Wikipedia lists no mayor world events for this date and also OP said, that the date is coincidential.
I suspect that this might be the year the attacker will strike. It also might be a date in the future since you are a time traveler and "past" and "future" are indistinguishable for you.

On Steganography: I analysed the large version of the image using Photoshop and the image seems to not have hidden anything. No low color trickery and no no pixel which are not purely white and black.

1) maybe the pixels represent a landscape. But i don't know any landscapes or buildings with four free-floating elements.

2) "Something Dotty" might refer to the female name "Dottie". The 1979 movie "Escape to Athena" has a character named Dottie Del Mar but that's far fetched.

The hints seem to me to point very strongly to

something resembling the yellow-dot steganographic watermarking done by most colour laser printers. ("Companies such as Brother"; and someone with the unlikely name of Reality Winner was recently caught by this means, having leaked secrets from the NSA.)

I see no sign of yellow-dot steganography in the actual image here.

there are a lot of things that look like JPEG artefacts even though the image is actually a PNG. Perhaps they carry some sort of information? But that seems like "steganography" rather than "cipher", contrary to the tags here; and perhaps they're too close to invisible to get information about if, as instructed, we're thinking of this as a piece of paper rather than a computerized image as such.

perhaps there is intended to be some relationship between the pattern of squares here and the patterns of dots used by those printers. But it doesn't look to me as if the one particularly matches the other.

Weak at best but I thought it was an interesting idea. :P

Ok so we've established decoding the image gives us the numbers 20 1 7 3 20 1 7 3. It seems strange that it repeats. If it were some sort of cypher it would likely mean the target is some 8 letter word where the first 4 letters repeat which just seems unlikely.

However, I thought it may be a simple case of overthinking things so I tried doing some other things with these numbers.

If we translate the numbers into their corresponding letters we get: T A G C

At first glance not much help at all. But if we think all the way back to high school we remember that:

With that in mind, I conclude the target may in fact be:

The image decodes to:

How I approached this solution:

Copying the picture to another layer and rotating it 180°
Then mergeing the two pics & taking the black squares only, yields this Final Picture 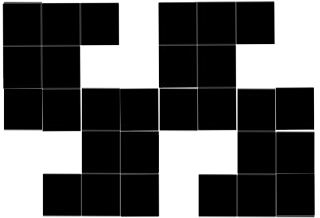 Although I'm Not sure this is the intended answer
Maybe their new method is giving Codenames to who they want to kill, so the intercepters won't know who there target is.

Not the answer you're looking for? Browse other questions tagged logical-deduction cipher lateral-thinking knowledge or ask your own question.

35
Lolcat Steganography: Find the message hidden within the transport medium of humorous feline photography
9
Justice and Fairness: Part 2
11
The postmen of Abbab
4
The Disappearance
6
Two spies plan a secret meeting
15
There's been a kidnapping!
8
Message for my club members
4
A Coldport Christmas puzzle
6
A nest of vipers