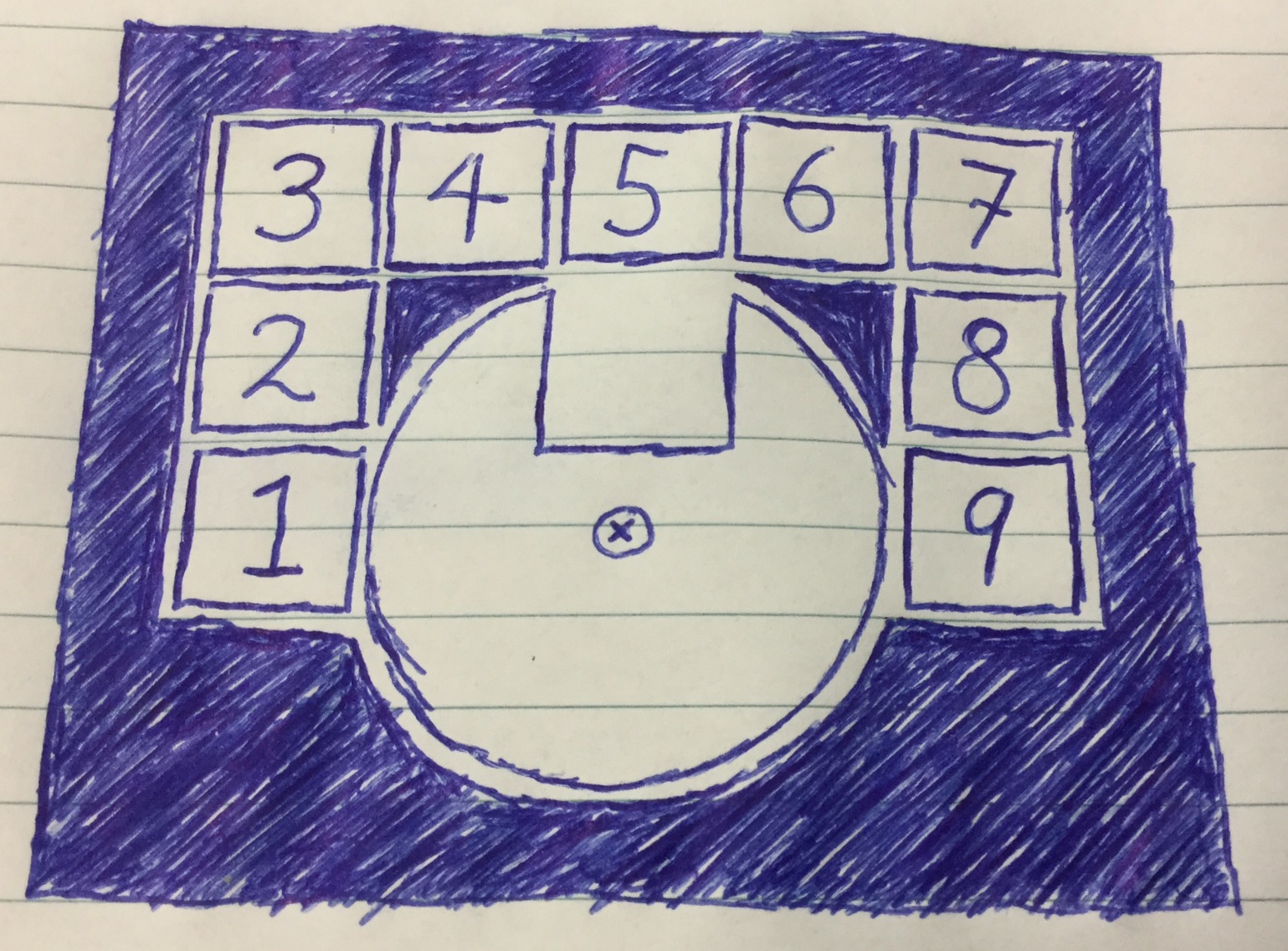 As you can see, there is currently one free space, in the centre circle. That circle can spin freely, even when it is holding a piece in its 'holder'. Note, however, that if a piece gets moved around via the spinner, it's orientation also will change.

My question, of which the answer I am not sure of yet:

Is it possible to change the order of the numbers such that every tile is still in the correct orientation?

Edit: @somebody has pointed out a very simple construction!

Thus, there remains the question of WHAT orders are possible. I'm suspecting there is some even/odd permutation argument.

For clarification: The intent is to have all numbers having 4 distinct orientations, none of which can be mistaken for another. I did attempt to draw all numbers asymmetrically, and the 6 and 9 distinctly. As of now, I would like the problem as stated to be more straightforward in terms of its mathematical conditions.

Mathematically speaking, it should be simple to note that

Even ignoring orientation, all of the possible moves (left-to-middle, middle-to-right, left-to-right or vice-versa) are odd cycles, and therefore even permutations. This means that no odd permutation is constructible, as it can't be formed by a composition of even permutations.

somebody showed a way to make a 3-cycle:

Since you can rotate the board arbitrarily, you can use this 3-cycle on any 3 consecutive numbers: for example to cycle 6 7 8, do left-to-right twice, cycle, right-to-left twice. As the consecutive 3-cycles generate the set of even permutations, this means that you can generate any desired even permutation by doing the aforementioned sequence some number of times.

Jaap Scherphuis notes in the comments that:

Since you can rotate a single tile in one move and permute the tiles arbitrarily without changing the orientation of any of the tiles, this means any combination of tile orientations is possible for all formable permutations.

Not the answer you're looking for? Browse other questions tagged mathematics combinatorics sliding-blocks or ask your own question.

13
Fair n-sided dice
17
Single solved state for Sudoku Pyraminx
21
Magician's hide and seek with 8 cards
46
How many tries to roll a 6?
5
How do I find the total sum of the numbers occupying three different regions of a $3 \times 3$ grid?
3
IQ Test question - numbers inside a 4x3 grid
1
Probability of a successful DT Cannon