What is a Tone Phrase™?

This is in the spirit of the What is a Word/Phrase™ series inaugurated by JLee with his original Phrase™ and Word™ puzzles.

If a phrase adheres to a certain rule, then I call it a Tone Phrase™.

Use the examples below to find the rule. 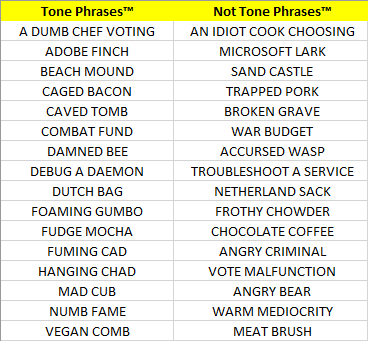 Now that it's after March 1984, I could get away with using a different name for this puzzle. AT&T would have sued me before then.

You do have a phone nearby, right?

"Choosing" is a poor synonym for "voting", but "electing" would have broken the rule.

Certain letters and numbers are not allowed.

A Tone Phrase is one that

doesn't have any letters from keys 5, 7, or 9 of the standard phone keypad. (The only allowed numbers are those corresponding to the letters in the phrase TOUCH TONE. (Thanks, Julian!)) 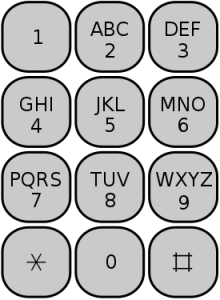 (Like many of this type of puzzles, it can be easily solved by keeping track of what letters appear only on one side. I did that, noticed that the non-Tone-Phrase™-letters were in consecutive groups of 3 and 4, and worked it out from there.)