Suppose you had two stained-glass tiles in the shapes of polygons and you laid them on top of each other. Their overlapping area also forms a polygon, like the ones I have shown in the image: 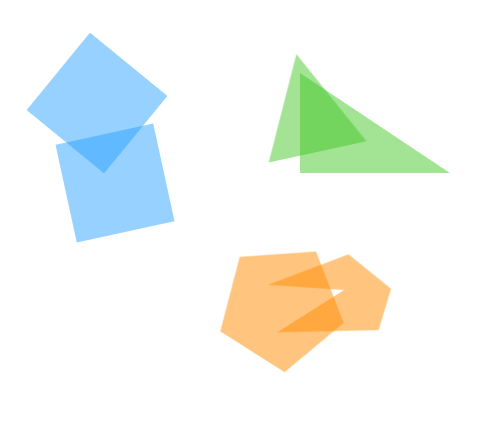 Remember that the polygons need not always be convex! 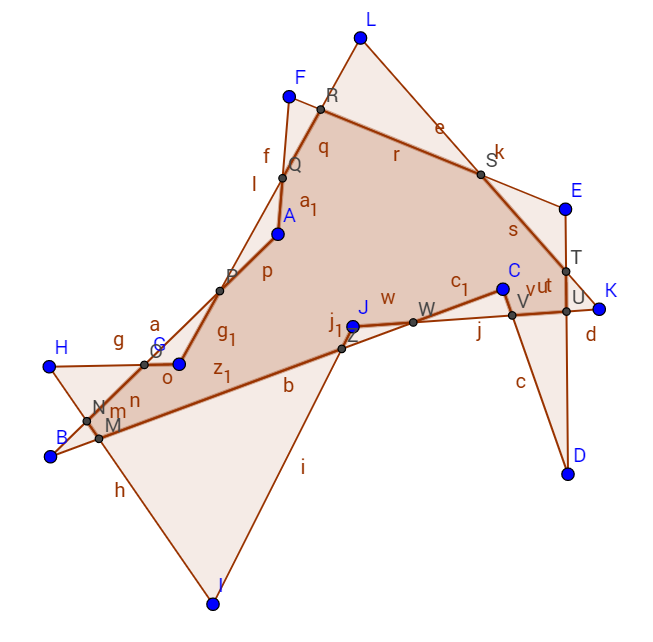 Here are the solution for all shapes!

And the answer to part 5 (sorry Oray): 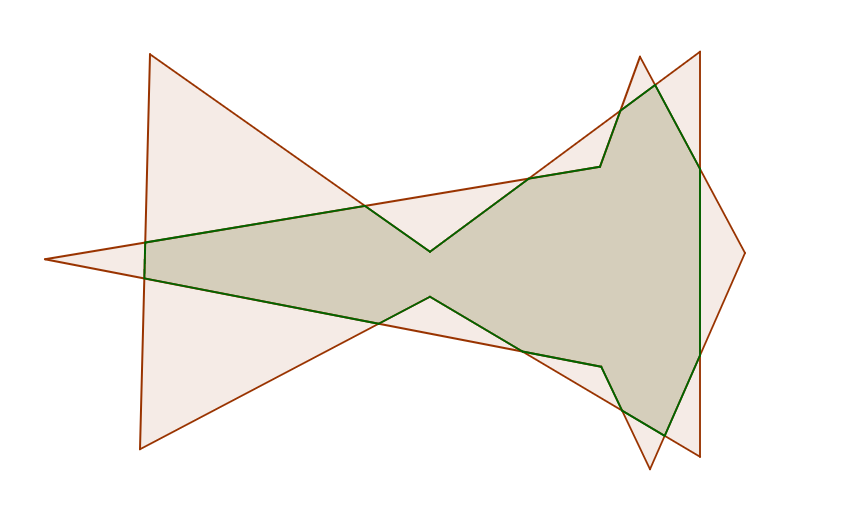 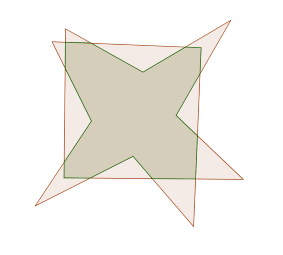