I, for one, welcome our new

For two months, the ship had hovered above the world ... silent, unmoving, just relentlessly hovering in a fixed spot over a desolate expanse of desert. Making no discernable EM emissions, and appearing to reflect all signals above or below the visible/infrared spectrum band, it had remained there, impervious, indifferent to any attempts to interact or communicate with it or whoever (whatever?) might be inside. While the people below frantically wrestled with all the implications the very presence of this ship might have on their lives and, perhaps, their very existence ... above, the ship remained, as quiet and apparently as dead as the cold of space.

In the middle of the night, a beam of light brighter than the noonday sun stabbed out into the darkness from the underside of the ship, illuminating a small patch of sand below with its impossibly focused brilliance. That blinding radiance lasted for just a few moments before winking out, leaving the desert below seemingly darker than it had been before. And so it was that, for the space of several seconds, those who were watching that night didn't—couldn't—see what that beam had left behind.

Nobody agrees now who was the first to see, but within minutes it seemed like there wasn't a person alive who didn't know there was something new in the world. For there, in that desolate place, initially seen only dimly by the wan light of the moon but suddenly bathed in the glare of flashlights, then work lights, stiffly stood a slight figure. Roughly humanoid in appearance, some 5½ feet tall, with a torso that seemed just a little too long balanced on a tripod of spindly-looking legs. One arm shielded its face from the lights and the other seemed to fidget nervously near some device dangling on a loop from its iridescent sapphire-blue garment, while the third arm cradled a slender cylindrical object against its chest.

For nearly a minute, nobody seemed to know exactly what to do and nobody risked saying anything, anything at all. Then the visitor slowly lowered the arm covering its face as it slowly reached out with the cylinder toward the nearest group of people, like a relay runner extending the baton.

And then came The Voice.

And that Voice had a message.

The Speaker, with a small flourish, dropped the cylinder to the ground. It unfurled to reveal ... 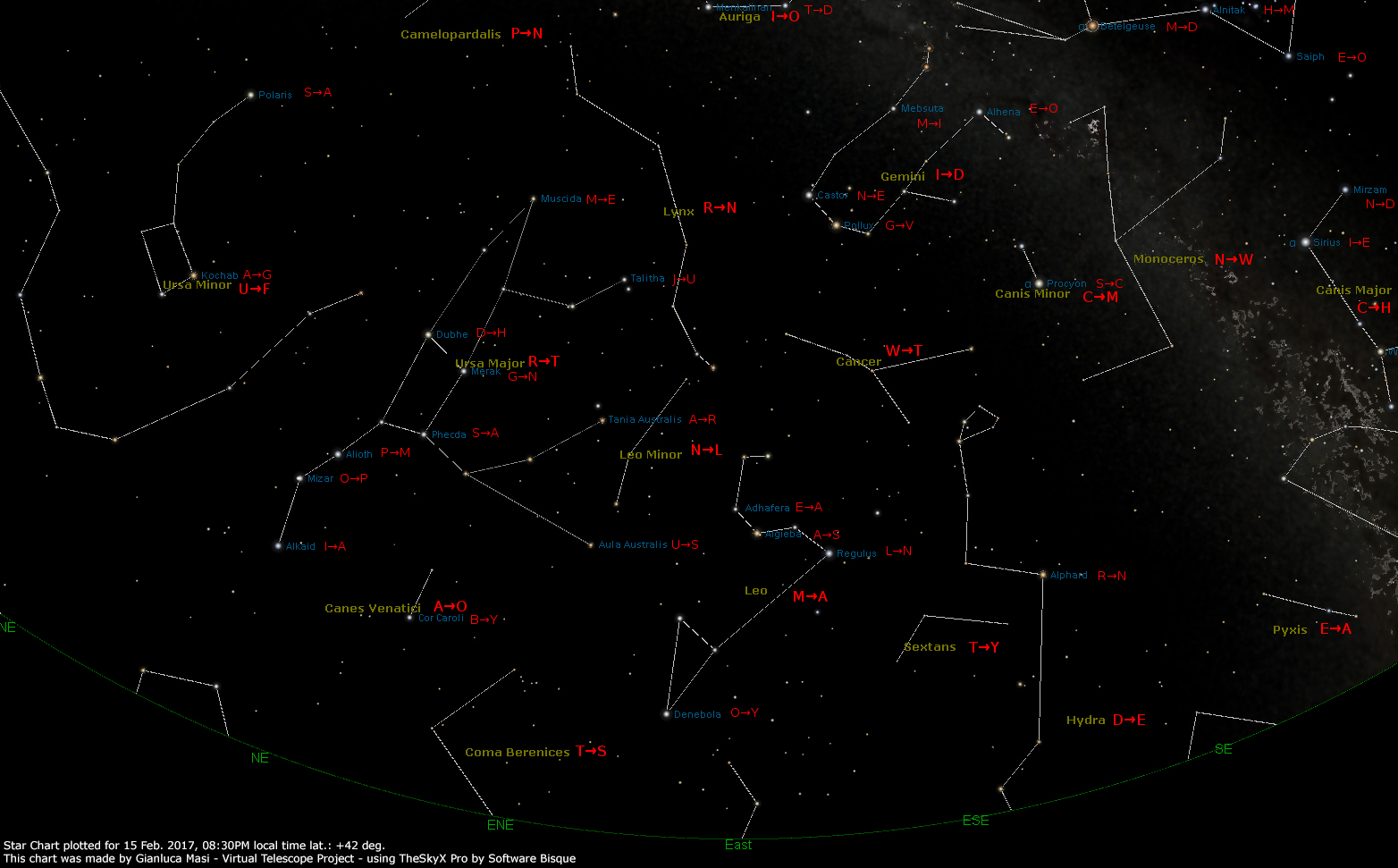 $\text{T}\small\text{HUS WAS THE SKY THE NIGHT MY SHIP ARRIVED.}$
$\text{W}\small\text{ITHIN THIS MAP I HAVE HID THE NAME OF THE WEAPON.}$
$\text{F}\small\text{IVE CLUES I HAVE ALSO HID...}$

The Speaker opened a hand to reveal five shiny discs with something inscribed on each, which it then set spinning, hovering in the air a few inches above the ground.

And with that, the Speaker's message was finished.

The Voice was silenced. The Speaker was there no more.

Prove yourself a person of discernment and understanding!
Name the Ultimate Weapon!
Name the Quadriad that will use it!

The four answers to the previous puzzles are

POINTS, AT, NORTH, and STAR. ("A Soupçon of Rebus Recreation" was never published.)
(OP adds: It was published shortly after this answer was made.)

to the word "BIG DIPPER" gives the BANHAMMER - definitely a fearsome weapon, wielded by none other than the moderators!

I think the answer is either LADLE or SPOON, most likely the former.
(OP adds: making Deusovi's "solve" time on the final puzzle NEGATIVE 216 seconds, which has to be some kind of record. Nice job Deusovi!)

47
Recognizing a Metapuzzle
8
A Soupçon of Rebus Recreation
10
Where Is My Friend?
6
Another visual puzzle to tuck into
6
Easy to type, Harder to say
5
Additions & Twists
3
What is this rebus or phrase saying?