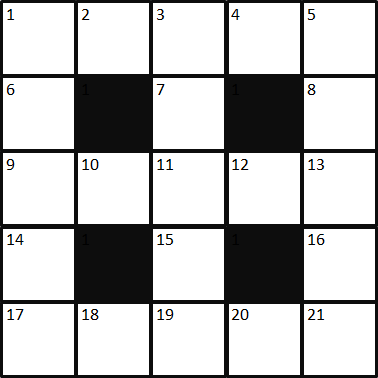 Horizontal:
1. Irregular or jagged or uneven
9. Large crucifixes at the entrance to the chancel of a church
17. Sidelong glances / oblique glances

Vertical:
1. gets/receives something as return
3. A silver-alloy coin of France issued during the Middle Ages
5. A town in the state of Nevada (8 Letters, take 5 first letters) 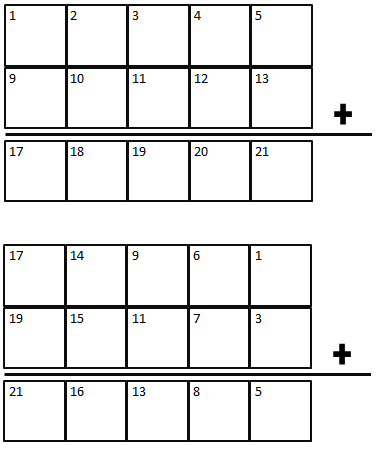 Note : I have changed the clues to make the puzzle easier 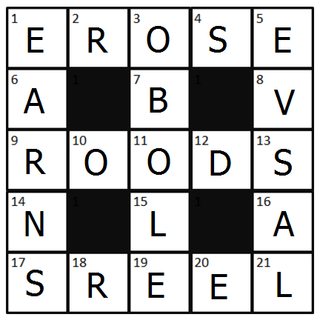 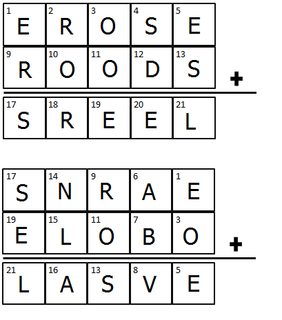 Given the OOE and EOE columns, we can deduce that O=0 and E=1. 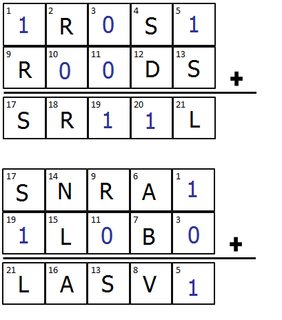 From the first alphametic we can deduce:

From the second alphametic we can deduce:

We also know that R≠0, S≠0, and L≠0 because of the ban on leading zeros.

If we allow different letters to correspond to the same number, there are multiple solutions. I thus assume that each letter is supposed to stand for a unique number.

Trying possibilities for S yields contradictions for all except one case:

So the final solution is: 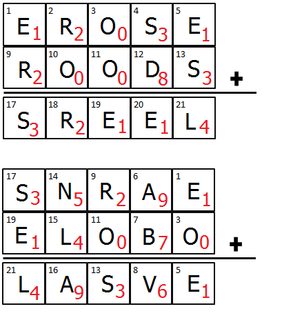 Not the answer you're looking for? Browse other questions tagged logical-deduction no-computers crosswords alphametic or ask your own question.