Example :
(In this example, I fill with numbers from 1 to 8, and each number appear max 2 times) 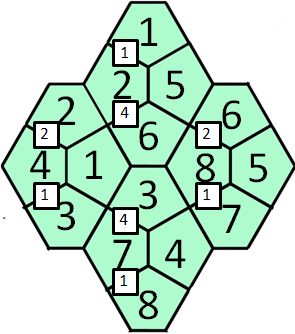 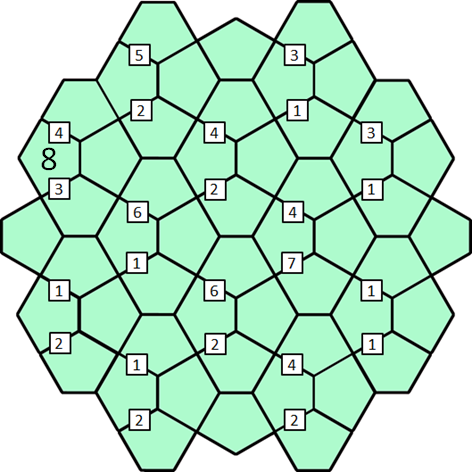 Edit :
I have add more clues to make the puzzle easier (hope not getting too easy), and human solvable. 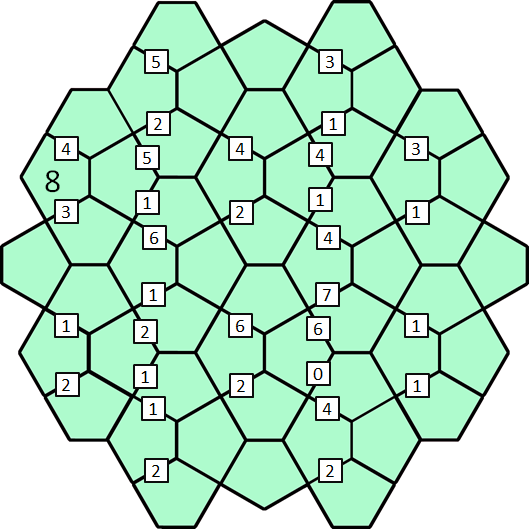 For the purposes of writing a walkthrough, it was easier for me to go ahead and re-render the puzzle: 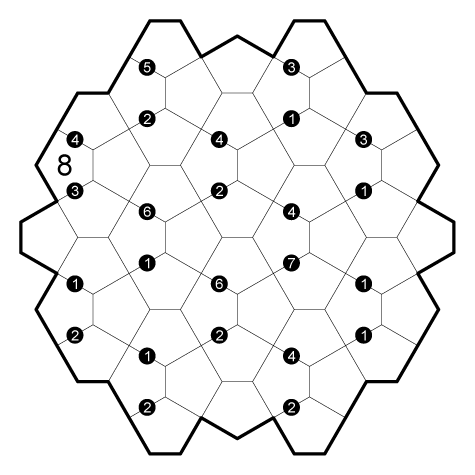 The natural place to start looking is where a given has already been placed. 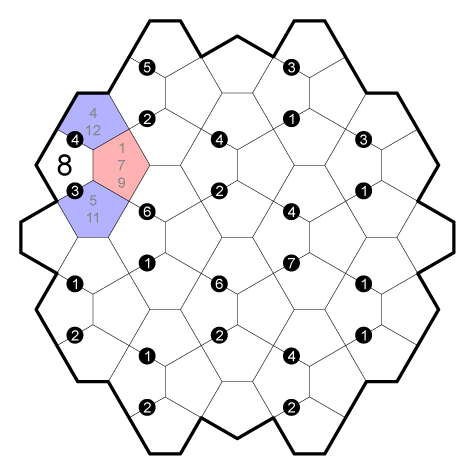 We can immediately eliminate {12,11} because the red cell is outside the range of possible values.

Looks like that didn't get us very far, so we'll have to look somewhere else.

Our next step will be to try to determine the parity (even versus odd value) of as many cells as we can.

Overall we know that there will be:

We can determine the parity of all of the sums where two differences are given, based on the following observation. 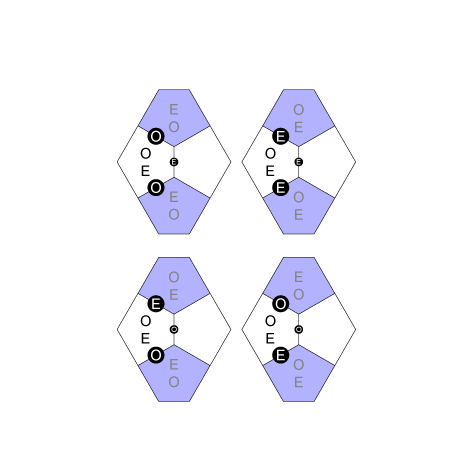 If the parity of both differences is the same, then regardless of what value goes between the two differences, the parity of the blue shaded cells will be the same. The sum of the quad will therefore be even.

Likewise, if the parity of both differences is not the same, then the parity of the blue shaded cells will be different, and the sum will therefore be odd.

Let's indicate all known parities of sums to make it easier to deduce parities of individual cells. 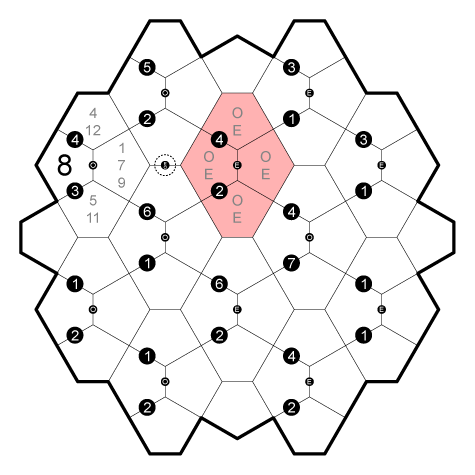 Since both differences are even, we know that all four cells of the red shaded quad must have the same parity. We'll start looking with this one so we can bifurcate around the parity of the circled sum. We'll simultaneously bifurcate the parity of the upper left corner, resulting in a quadfurcation. 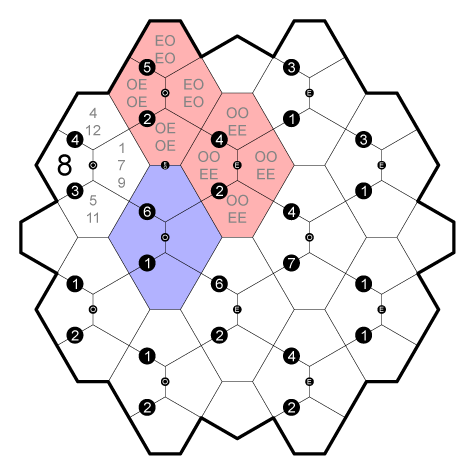 For the red shaded cells, either the values in the top left, top right, bottom left, or bottom right are valid. This parity quadfurcation can extend to the blue shaded cells as well. 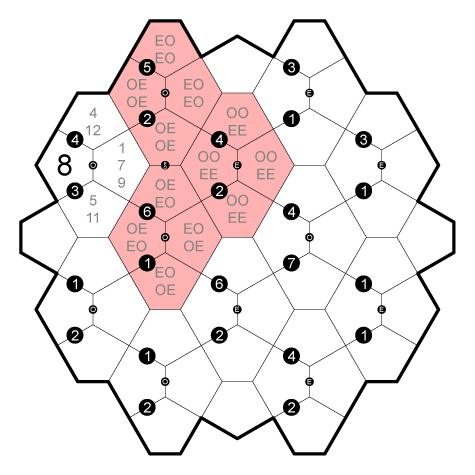 Let's get an odd/even count on all four possibilities: 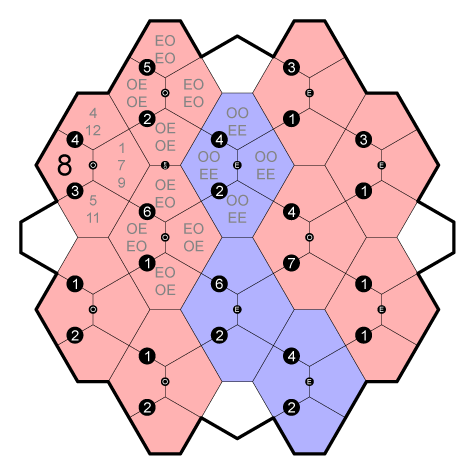 The bottom half of our quadfurcation consists of one of the blue quads as having all even numbers, which forces the other two blue quads to be odd. Let's pursue this and see if we can find a contradiction. 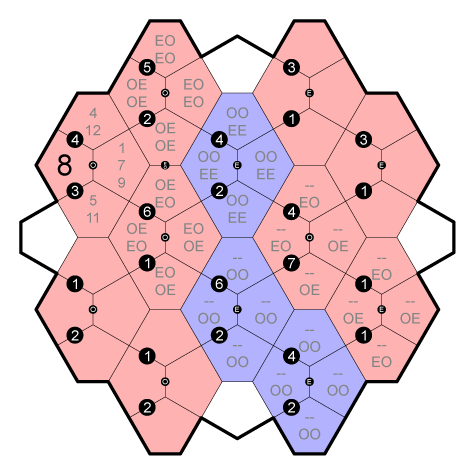 From our above observation, we can deduce that every quad must have an even number of odds and evens: either two odd and two even, all odd, or all even. Because of this, we can start to understand parity relationships between some of our undefined numbers. Let x be any undefined parity, and y be its opposite. Let u be another undefined parity, and v likewise be its opposite. Let's fill in all remaining parities for the bottom half of our quadfurcation. 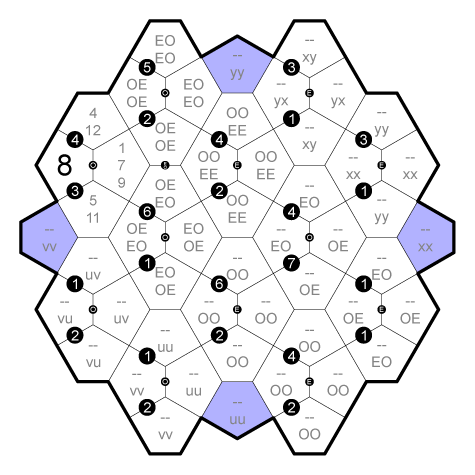 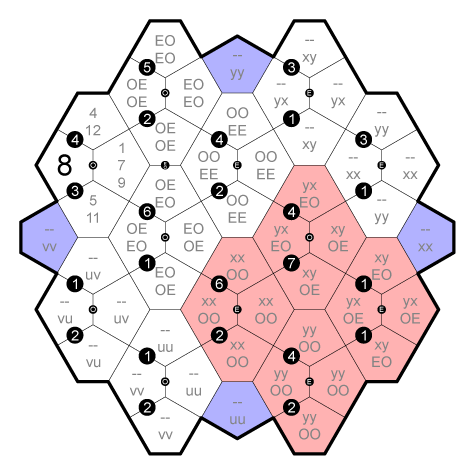 Unfortunately, our progress stalls at the red shaded cells. We'll have to do trial and error and set temporary possibilities for x and y, as I don't want to add any more forks to our quadfurcation. 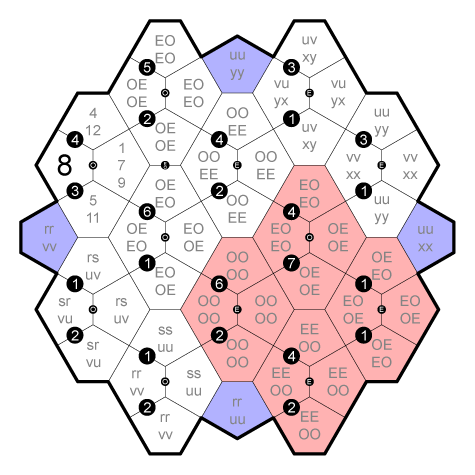 Alas, we find another consistency. It is possible for the blue shaded cells to consist of two odds and two evens, so long as u and r are opposite. Let's check scenario 2, where x is even. 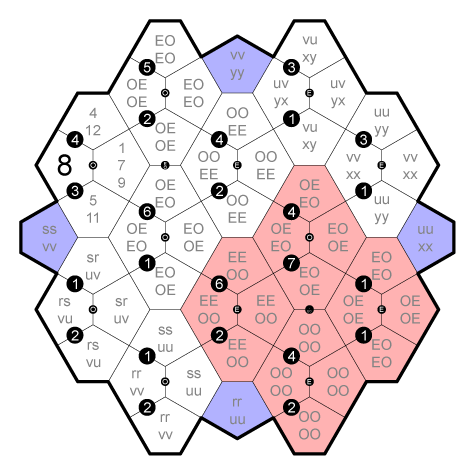 Once again, we find consistency. For any value of u and r, the blue shaded cells will have two odd and two even numbers.

I don't think we're going to make any further progress looking at parities across the entire board. Let's look at something else.

The next thing we can look at are differences with conspicuously unique qualities. 7 pops out because it is the largest difference. It eliminates 7 as a candidate from either cell, as 0 and 14 are out of range. Let's see what else we can determine.

Which number is larger in a given difference is a binary determination with limited possibilities in a quad. Let's quadfurcate on the possible combinations in the quad with the 7 and 4 differences. 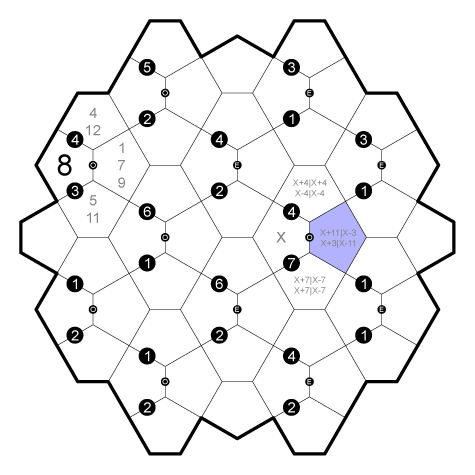 We find a large, but not impossible difference for the blue shaded cell if X is larger or smaller than both its difference-defined neighbors. Unfortunately, this doesn't give us much traction.

We're left with an incredibly large amount of combinatory exhaustion.

I don't believe the original puzzle is human solvable.

The addition of 8 clues to this puzzle gives us a lot more information to work with. The most natural starting point is the blue shaded cell, which we determined earlier must be 1, 7, or 9. Let's rewrite our pencil marks so they align in a trifurcation. 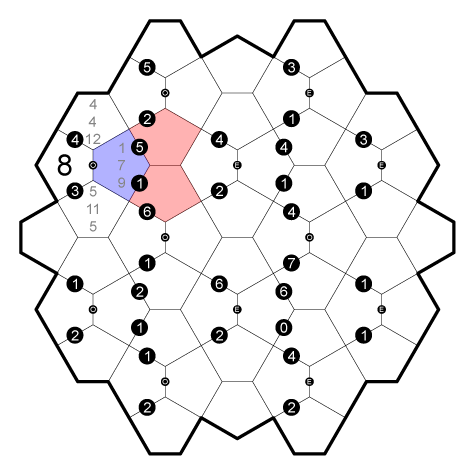 We're still faced with a rather large number of possibilities for the red shaded cells, so let's look at parities again and see if the new clues give us any more information. 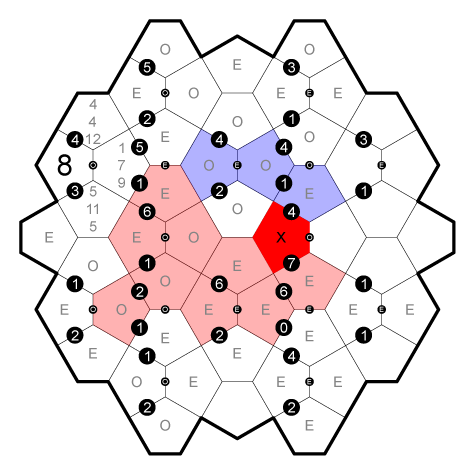 Two chains of apparently valid parity deductions, indicated in light red and light blue, lead us to a contradiction - the red cell with an X must be both even and odd.

This puzzle has no solution.

As a note, let me say it's great to see someone else inventing puzzles on non-rectangular tilings.

This is the intended puzzle and answer. The red number is the mistake I made. 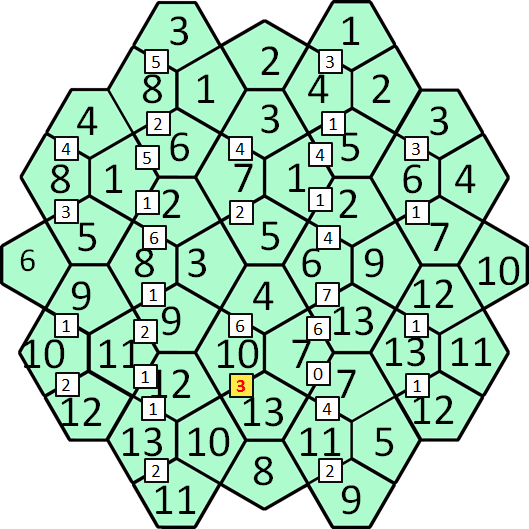