Puzzlopia is the site, from where I got this puzzle.

A chess maze - the name tells it all - you have to move the green horse, to the yellow spot. But hey, you're a peaceful horse, so you don't attack others; but the other red stuff are not peaceful, so they may attack you. Be aware. 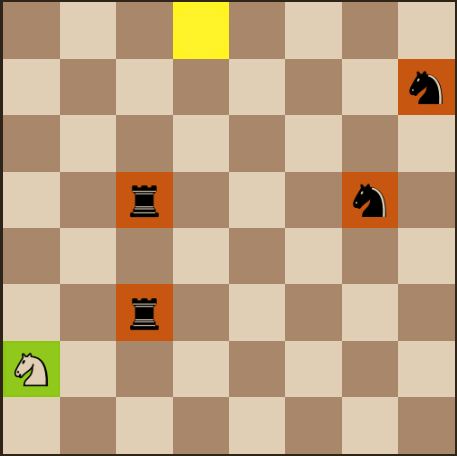 I, the owner of the horse, is a stupid guy. So, instead of moving forward, I decided to backtrack from the solution: 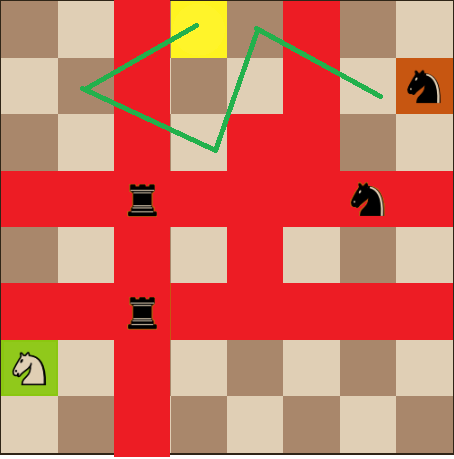 Unless I made a dumb mistake, I think it's impossible to reach the green areas (last and penultimate, and meta, and metameta penultimate moves from the outside). Where I am doing it wrong?

(Anybody with a Google, and a working internet can confirm this is not from an ongoing competition.)

one of the black knights, the one on g5 shields one square (h5) from the black rook. So the white knight can travel there.

Here is the complete solution: 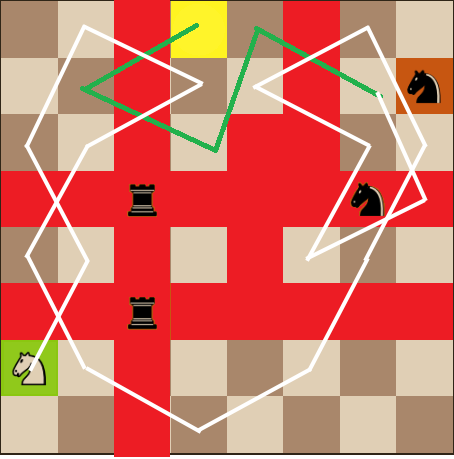